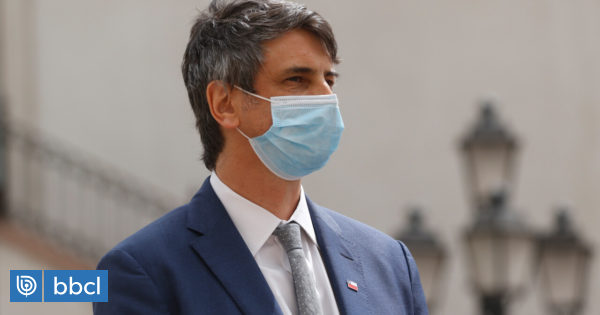 The minister of science, Andrés Couve, referred to the advances of vaccines against covid-19, not venturing with a date to start the vaccination campaign, but ensuring that this process could begin voluntarily.

Couve affirmed that “we are making efforts so that, after the international permits, it can be authorized by the Institute of Public Health and that we have during the first quarter the start of vaccination with Pfizer”, in conversation with Third.

Along the same lines, he added that “the date is not well determined because it depends on those authorizations, and I think it is more responsible to follow each of the steps.”

Consulted by the first groups that could be inoculated, the Secretary of State indicated that “Health personnel and teachers are in that group that needs to be protected as soon as possible. That is the first group, at risk, that will receive the vaccine as a priority ”.

In this sense, he indicated that other groups are “healthy people between 18 and 60 years old. We also have older people with chronic diseases, cardiovascular disease, obesity or diabetes ”.

“They are different populations and we have to make sure that the vaccines have been tested in them, because not all are doing it, and that will condition the approval that it can be used,” he added.

In addition, he clarified about the vaccination process that “the Ministry of Health has to decide, with its Immunization Program, which vaccines will be chosen, which will be the populations at risk and what will be the schedule.”

Regarding not wanting to advance a date to start this process, Couve argued that “the phase 3 trials have not been published yet. We have statements from Pfizer and Moderna, from the same companies, and we must wait for their essays to be published for analysis ”.

“The effectiveness has not been reported in scientific journals. There are vaccines that have been reported to be more effective, from 70% to 90%. They are very good results and they confront us with a scenario that seems optimistic, but we have to wait to see, when the stages are finished, what is the total effectiveness ”, he added.

Asked about the agreements that the Government has on the matter, he explained that “today there are agreements with Oxford (AstraZeneca), Sinovac, Janssen and Pfizer”.

In this sense, he argued that this has allowed “today we have guaranteed doses for 16 million people, practically the entire population. And to these four agreements is added that of Covax, an international alliance where the number of doses will increase ”.

On the other hand, the Minister of Science explained that the initial inoculation process could be voluntary. “One of the main issues is to get citizens adhere to the vaccination campaign and we must consider that, in international studies, more or less 30% of people are not willing to be vaccinated ”, he indicated.

On the same point, he ruled that “we have to carry out a communication and public policy campaign that allows the greatest possible adherence. And in that sense, start with a voluntary vaccination it seems like a good option to achieve that ”.