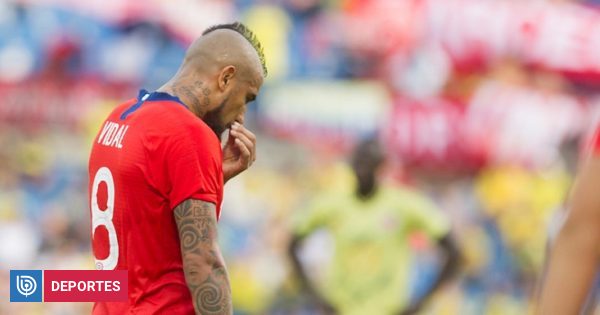 The Minister of Sport, Cecilia Perez, reiterated his criticism of Arturo Vidal, pointed to Conmebol and called on the “soccer world” to be more “aware.”

All in a press point held in the middle of an activity where prominent athletes from Team Chile called on citizens to get vaccinated.

Pérez, when asked about the ‘Arturo Vidal case’, who tested positive for covid-19 and days before was doing a kind of ‘Tour’ in Santiago, remarked that “I was one of those who called him irresponsible.”

“I have always pointed out, football has privileges, soccer has benefits, and you have to take care of them ”, he added.

Regarding the same issue, the Secretary of State regretted that “When athletes that you love so much, athletes that you admire as much as Arturo Vidal or as our other soccer teams may be, lack responsibility, it hurts more, because the example they are giving is super fucked up, super serious ”.

“I once again call on professional football: become aware of what it means to be a privileged sport in our country today,” he added.

Finally, in relation to the Copa América, Pérez denounced that the pressures from Conmebol “can be strong” and called for supporting the decision made by La Roja on participating, or not, in the event.

“One understands that many times the pressures are strong from Conmebol, that by not showing up they can suffer serious sports sanctions, but I think that one has to put oneself in the case of the players themselves, of the coaching staff ”.

“It is human to be afraid, to have anguish, and fear of getting sick,” he concluded.