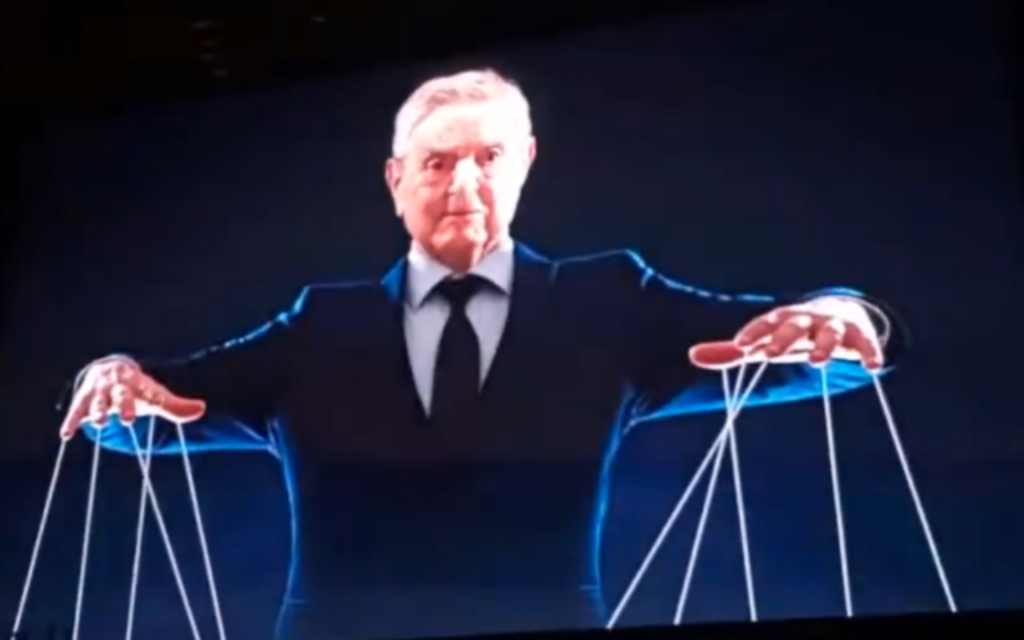 “The use of images depicting Mr. Soros as a puppeteer at our state convention raised concerns that they embodied an anti-Semitic trope,” the state’s Republican Party chairman said. , David Hann, in a press release. He said he was contacted by the Jewish Community Relations Council of Minnesota and Dakota after the video was shown.

“We assure the Council and all of our friends in the Jewish community that the image was not intended to provoke hostility towards the Jewish people,” Hann said. “This should not have happened, we apologize and are committed to working with the Council to educate our teams and candidates about anti-Semitism. »

Receive our free daily edition by email so you don’t miss any of the best news Free registration!

In a campaign video, Kim Crockett, a Republican candidate for Minnesota secretary of state, claimed that the incumbent Democratic candidate and an election attorney – both Jews – were being manipulated by Soros. This video was screened last weekend at the Minnesota convention.

Hann said Crockett and his team were unaware of the anti-Semitic trope. The Anti-Defamation League has called conservatives’ frequent use of the figure of the puppeteer to portray Soros anti-Semitic.

“I have concluded, after speaking with Ms. Crockett, that the depiction of Mr. Soros was not knowingly anti-Semitic, and that neither Ms. Crockett nor her team were aware that the figure of the puppeteer evoked an ancient anti-Semitic trope, but persistent,” Hann said.

Republicans endorse Kim Crockett for Secretary of State “my campaign has been full of the Holy Spirit” pic.twitter.com/KLisAxoHd6

Minnesota Jewish Community Relations Council Director Steve Hunegs condemned the image in the editorial of the local newspaper, the Star-Tribune, as well as in a statement. He praised Hann and his Democratic Party counterpart for accepting his offer to train their parties and aides in anti-Semitism.

The man accused of killing 10 people at a Buffalo supermarket last weekend allegedly referred to Soros in the ‘manifesto’ posted online summarizing his views, saying the billionaire was ‘primarily responsible for the destruction of our white culture.

Steve Simon, the Jewish incumbent secretary of state targeted by the video, told local Jewish media, TC Jewfolk, that the video was “strange” and “disturbing”.

“It’s the kind of thing you would expect to see on social networks specializing in extremist trolls, not from serious people vying for a serious job,” concluded Simon.

You are one of our loyal readers!

We are glad you read X items from Times of Israël last month.

That’s what we work for every day: to provide discerning readers like you with relevant media coverage of Israel, the Middle East and the Jewish world. Unlike many other outlets, our content is accessible for free – with no paywall popping up from the first paragraph. But our work is proving increasingly costly. This is why we invite readers, who can and for whom Times of Israël in French has become important, to support us by joining the Community of Times of Israël in French. For the amount of your choice, once a month or once a year, you too can contribute to this quality independent journalism and enjoy ad-free reading.

Already a member ? Log in to stop seeing this message

Mercedez Benz sold the most expensive car in the world; $142 million