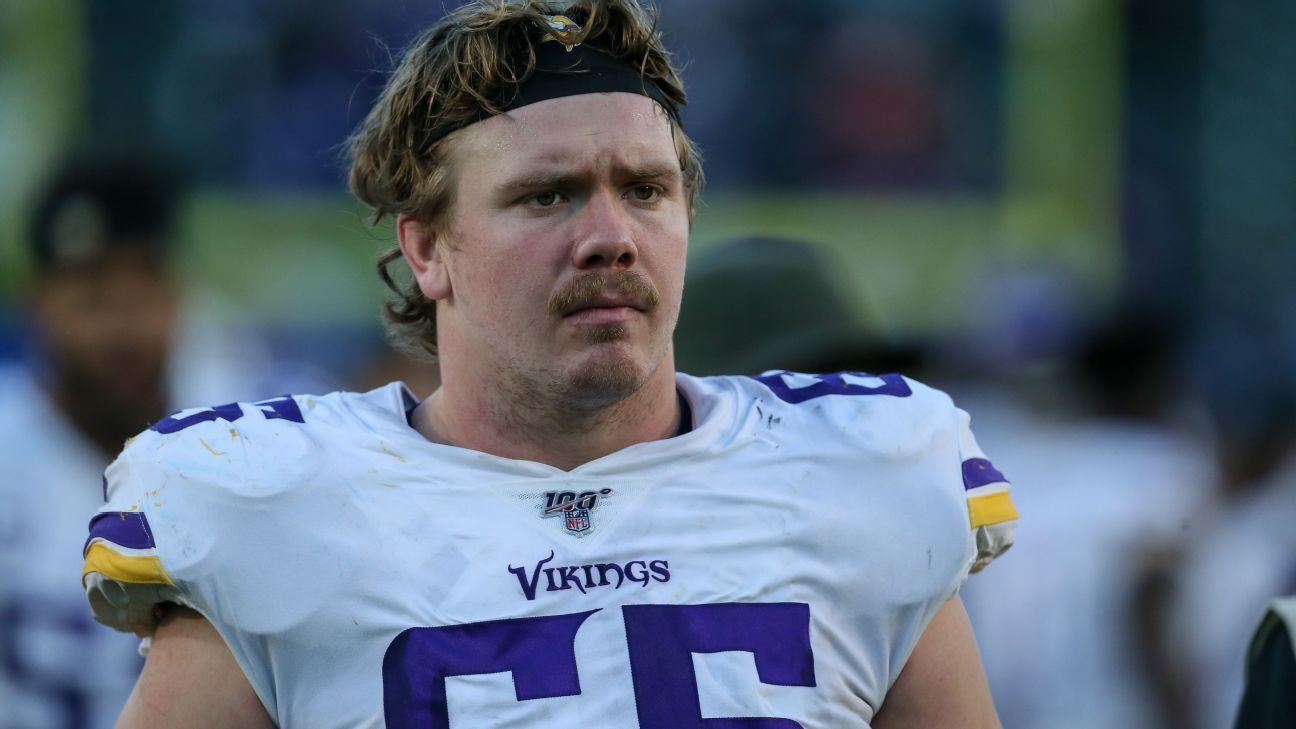 EAGAN, Minn. – One day after being activated off the injured reserve list, the guard of the Minnesota Vikings, Pat Elflein, was released by the team on Saturday morning.

Pat Elflein, a 2017 third-round pick, was recovering from a thumb injury he suffered in practice two months ago. He played in Minnesota’s season-opener loss to Green Bay Packers and was placed on IR on September 17. Elflein returned to training on October 28, opening the 21-day window for the team to activate him.

His cut is a surprise given the Vikings’ choice to release him rather than hold him for depth at position.

Elflein, 26, was transferred to the right guard in 2020 after spending last season as a left guard, a move made after the Vikings drafted Garrett Bradbury with the 18th overall pick in 2019.

A shoulder lesson in December 2017 and a broken ankle suffered in the NFC Championship Game forced Elflein to undergo surgery the following offseason. His recovery took longer than the team anticipated and he ultimately played a role in picking Minnesota to move him down the line after his sophomore year.

Dru Samia took up the right guard post after Elflein suffered his injury in September, but was later replaced by the second assailant Ezra Cleveland.

Cleveland, a left tackle for three seasons at Boise State, had never played right guard in his career.