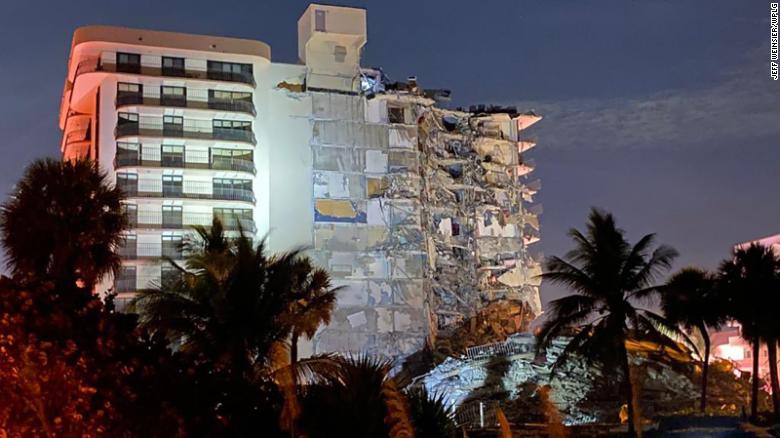 The mayor of Surfside, Florida expressed concern Thursday that the portion of Champlain Towers South that is still standing could also collapse.
“We fear that the building may be in further danger of collapse,” Mayor Charles Burkett told CNN affiliate WSVN.

“The problem is that the building has literally collapsed. It has fallen and, I mean, there are only centimeters between the floors where there were 3 meters. That’s heartbreaking because it doesn’t mean to me that we’re going to be successful, as much as we want to find living people, ”Burkett said.

Burkett said the building was built in the 1980s.

“There is no reason for this building to collapse like this unless someone literally pulls the supports out from below, or is swept away, or there is a sump, or something like that because it just collapsed,” Burkett said, later adding that a Collapse of this nature is “less likely than lightning.”

The mayor said it is unclear how many people are missing, but it is estimated that at least 30 units may have been affected.

Burkett told the affiliate that dogs were deployed in the middle of the night, but, in the very dangerous and dark conditions, “they were not hit.”

Burkett praised firefighters and first responders for continuing their efforts even though the building could collapse.

“Those guys, those guys deserve all of our respect and credit and whatever else we can give them because they are true heroes,” Burkett said.