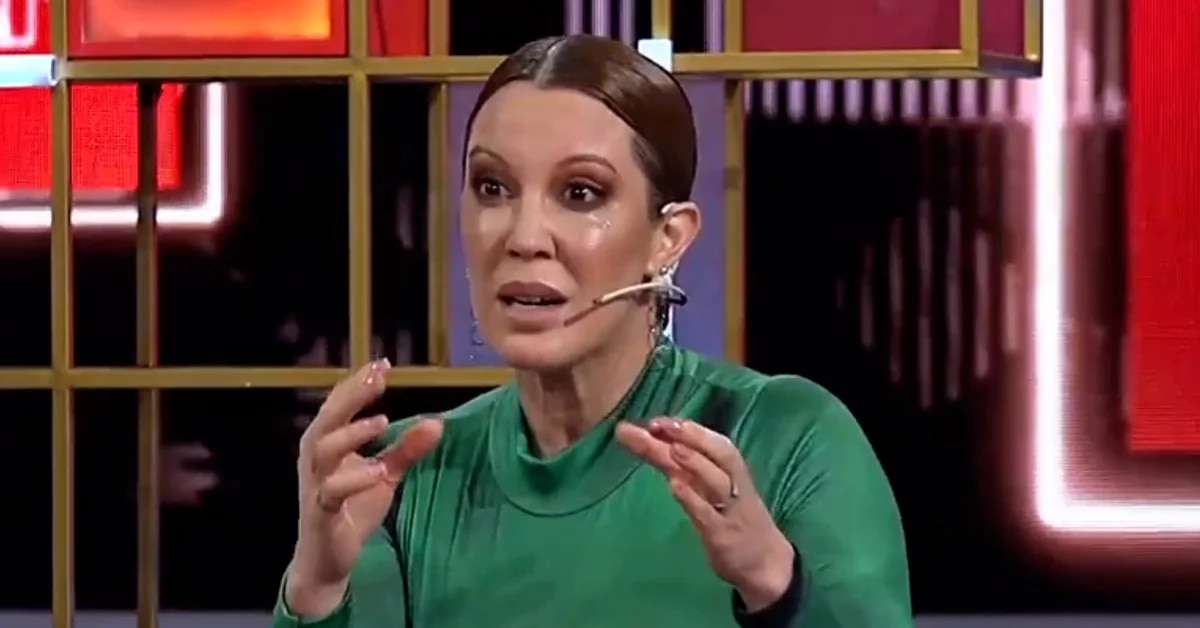 The crude story of Miriam Lanzoni after the domestic accident with her cat (video: America)

A week ago, it was learned that Miriam Lanzoni she was severely scratched by her cat and had to be treated urgently in a clinical ward. “She is fine, but the truth is that she could have been much worse. His cat pierced his eye, luckily it didn’t touch his cornea. He entered the sanatorium dripping blood, clutching his face”revealed Estefi Berardi in LAM (America).

This Thursday night, the actress sat in the living room led by Ángel de Brito and gave strong details of how the accident occurred, in addition to revealing the particular cure to which he underwent. “I have a kitten called Mimi and I adopted him three years ago. Two Sundays ago we adopted another cat. And he got very strange, with a strange attitude, very violent. And it’s not like that, because super sweet, it’s a love, never in life did he get garitas or anything, ” Alejandro Fantino’s ex began to tell.

“The new cat that was going to be in transit and if she adapted, she was going to stay at home. But Mimi became very jealous and my boyfriend -Christian Halbinger- had him upa, standing up, while the other cat walked around. I was kissing him, kissing, I will have been a long time to generate a closeness and suddenly he makes me ghhhh”, he explained while making a sudden and violent gesture with both his hands. “It caught me, it grabbed me with both claws and its back legs, as if hugging me. And his head, here, biting me, ”she described while pointing to her forehead.

This is how Miriam Lanzoni’s face looked after her cat’s attack: “It caught on me, it grabbed me with both claws and its back legs, like hugging me,” she said.

A detail about the eye injury that Miriam Lanzoni suffered after an attack by her cat. “She passed me a millimeter from the cornea,” she recounted

“At one point I feel his paw inside my eye, his claw. And he felt a huge burning sensation on his face. I had a glimpse of lucidity, of not moving, and I told my boyfriend: ‘Don’t move.’ I said to the cat: ‘Mimi, let me go’, and then I began to see blood falling like this… a horror!”, He continued telling before the impression that the “little angels” felt in the study.

In the clinic where he had to be treated, the ophthalmology guard was on the 10th floor and there was a long line to use the elevator, Miriam said. “So I ran up the 10 floors to the eye ward, crying, because I thought I was losing my eye.”, he counted. “As soon as we arrived, they gave me a few drops and they realized that I could see in my eye. It happened to me a millimeter from the cornea, ”she added regarding the care received.

Miriam Lanzoni was attacked by her cat ten days ago

“I saw blurry, but it’s like it swells up… I was on antibiotics, the doctors were evaluating sewing, but since it is a wound inside the eye, they did not have to sew anything. He made a very deep cut that opened me up and that’s why my eye fell out. I had it down one day and I thought it stayed that way,” Lanzoni said. “I was really scared. I work with my face, and having the scar and the eye like that, I got scared because that way I can’t recover easily. It was 10 days ago and I had a very ugly scar”, he continued counting.

Given the situation, Miriam decided to resort to a kind of “extra” healing. She told it like this: “I called a lady who is a healer and said, ‘I ask you to please help me.’ She did a distance healing on me. And I believe in those things”, he said to the surprise of the panel. “I called her out for this episode, because the scar on her face was like a seven, and it was deep. I went to the doctor but they wanted to do some stitches on my guard and that was more for a health issue than an aesthetic one, ”she considered.

And he says that within two days of distant healing, the wound miraculously closed. “Now I have makeup and everything, but it went on very quickly, very well, and my eye also improved a lot.. But it does have its process: it is still open, I have to take care of myself, I am on antibiotics, some drops, some lubricants, ”she said.

Belén Francese does not get a babysitter for her son and exploded against social plans: “They do wrong”
Benjamín Vicuña’s response to the possibility of starring in a movie with Pampita
Lizy Tagliani showed the house where she will live with her boyfriend Sebastián Nebot: “A new life begins”

The page of the United States government that teaches you English, completely FREE – Teach me about Science