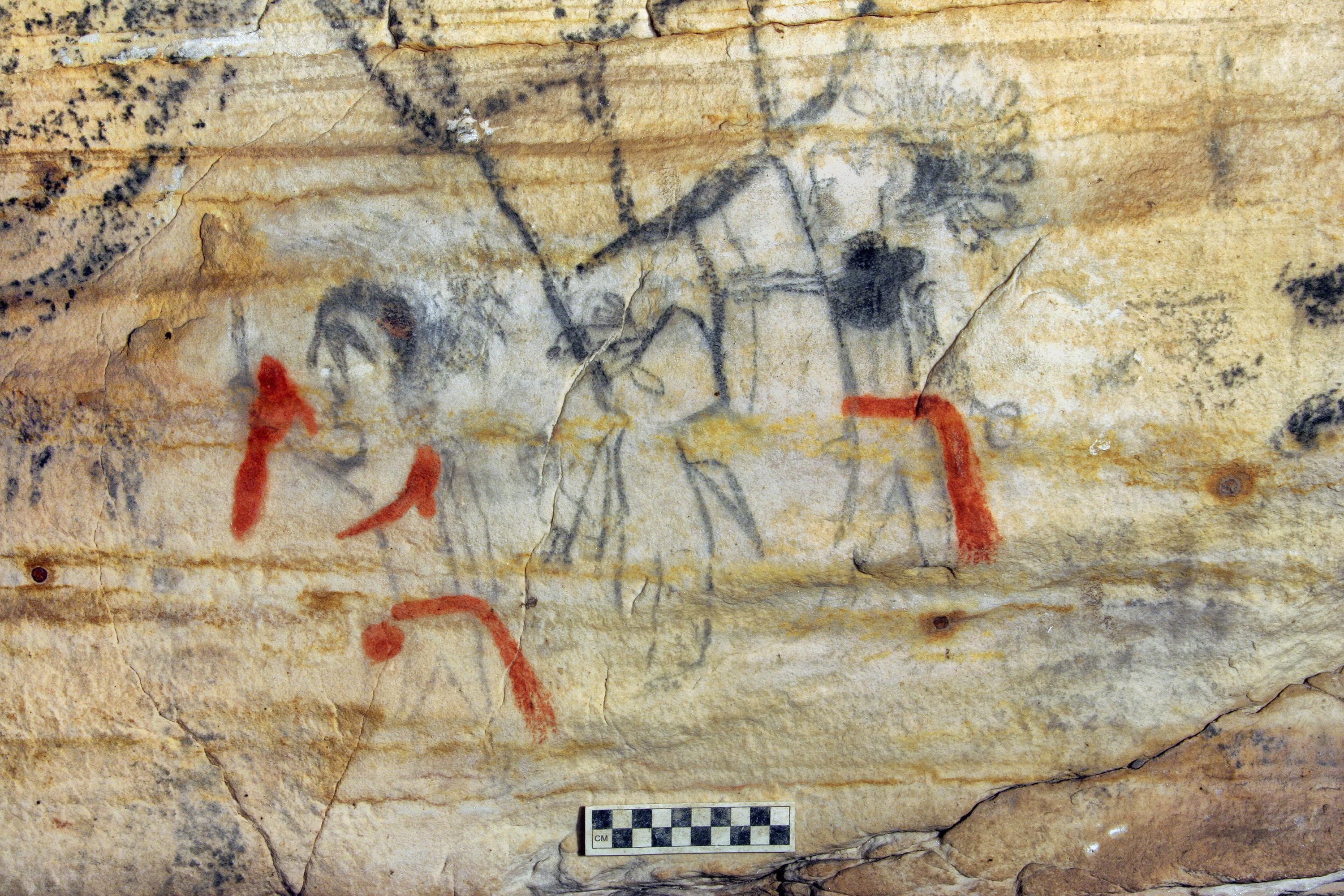 O’FALLON, Missouri, U.S. (AP) – A Missouri cave containing cave paintings of Native Americans from more than 1,000 years ago was sold at auction Tuesday, disappointing Osage Nation leaders who were hoping to buy. the earth to “protect and preserve our most sacred site.”

A buyer agreed to pay $ 2.2 million to the private owners of the cave, along with the 17 hectares (43 acres) of hills that surround the site near the town of Warrenton, about 95 kilometers (60 miles) to the west. of San Luis.

Bryan Laughlin, a director at Selkirk Auctioneers & Appraisers, the St. Louis-based company that held the auction, said the highest bidder declined to be identified. A San Luis family that has owned the land since 1953 has used it primarily for hunting.

The cave was the place where sacred rituals and burials were held. It also has more than 290 prehistoric pictograms, or hieroglyphic symbols used to represent sounds or meanings, “making it the largest collection of polychrome paintings of indigenous peoples in Missouri,” according to the auction’s website.

Precisely for this reason, Carol Diaz-Granados opposed the sale. She and her husband, James Duncan, spent 20 years studying the cave and wrote a book about it. Duncan is a researcher in the oral history of the osage, and Díaz-Granados is a research associate in the department of anthropology at the University of Washington in San Luis.

The Osage Nation said in a statement that the sale was “truly heartbreaking.”

“Our ancestors lived in this area for 1,300 years,” the statement read. “This was our land. We have hundreds of thousands of our ancestors buried in Missouri and Illinois, including the cave. ”

The cave contains paintings of people, animals, birds, and mythical creatures. Diaz-Granados said that various mediums were used to create the art. Charred botanical material was used to draw. For a representation of a mythical being, the artist created a white figure by scraping the brown sandstone.

Years ago, analytical chemists at Texas A&M used pigment samples to determine that the drawings were at least 1,000 years old.

Díaz-Granados remains hopeful that the new owner will donate it to the Osage Nation.

“It is his cave,” he said. “It is their sacred sanctuary, and it should return to them.”