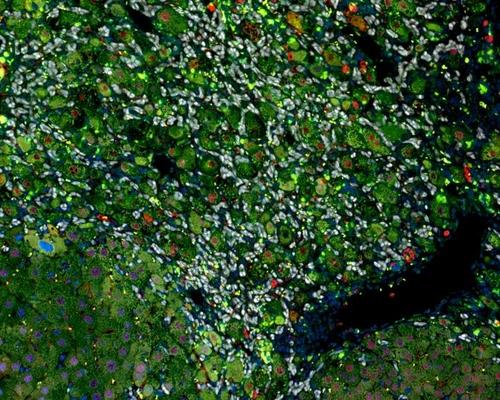 Researchers at MIT “Identify the basic mechanism of liver regeneration”

Even if 70% of the liver is cut, the remaining tissue can grow back to its original size after a few months.

If such resilience of the liver can be used medically, it is clear that the treatment options (choices) for liver diseases that are difficult to cure will be diversified.

A groundbreaking research result that can be of great help in solving this long-awaited dream of the medical community has come out.

A liver vascular model has been developed that can track the regeneration phase of the liver in more detail than before.

Using this model, the research team revealed the mechanism of regeneration of human liver tissue, which was difficult to access in animal models such as mice.

The results of this study, conducted by Sangita Batia, a chair professor at the Massachusetts Institute of Technology (MIT) Medical Engineering Science Institute, were recently published as a thesis in the Proceedings of the National Academy of Sciences (PNAS).

According to the outline of the paper published on the American Association for the Advancement of Science (AAAS) site (www.eurekalert.org) on ​​the 5th, most people who need a liver transplant are patients suffering from chronic diseases such as viral hepatitis, fatty liver, and liver cancer.

If there is a definitive treatment that stimulates the regeneration of the liver, there are many patients who do not even need to go to a liver transplant.

This regenerative therapy can also be very useful in helping to restore a transplanted liver.

Unfortunately, no such treatment has been found in animal model studies.

“Over the past few years, genes have been discovered that appear to be involved in liver regeneration in mouse models, and some of them appear to be important to humans as well,” Battia said. said.

In fact, the study of mouse models was not without income.

Scientists have learned a lot about several regenerative pathways that activate in mice in response to liver damage or liver disease. In the case of mice, the interrelationship between hepatocytes and epithelial cells in the lining of the hepatic vessels acted as a key factor.

However, there was a need for a novel research model that could implement these interactions all at once.

Professor Batia’s team collaborated with Professor Christopher Chen of Boston University, who is an expert in microfluidics.

A computerized ‘regeneration on a chip’ model that mimics human liver tissue and blood vessels was born here.

The model is designed to flow molecules such as growth factors between blood vessels and liver spheroids.

The scientists turned off the desired gene in certain types of cells present in the liver and observed what happens to the whole system.

First, it was shown that the flow of fluid alone cannot stimulate the hepatocytes to enter the division cycle.

In addition, hepatocytes started to divide when an inflammatory signal was given with interleukin-1-beta.

In this process, it was confirmed that factors never seen in human cells, such as prostaglandin E₂ (PGE2), were produced.

Some of these factors are those predicted to be present in humans from animal studies.

Professor Batia’s team confirmed that the level of PGE2 increases when the liver regenerates it. This molecule was also involved in the regeneration of zebrafish.

In a ‘knock out’ experiment that blocks gene expression, PGE2 came from vascular epithelial cells.

It was also PEG2 that stimulated human hepatocytes to initiate division.

The research team plans to determine if there are other growth factors besides PGE2 that stimulate liver regeneration.

If we do that, we expect to eventually discover the entire human liver regeneration pathway.

Finding the molecules involved in the initiation as well as the termination of the hepatocyte division cycle was set as a major goal.

Which molecular signals signal the end of regeneration is necessary to understand the entire regeneration pathway.

Growth factors such as PGE2 can also serve as an indicator to determine whether to transplant liver failure patients with complete liver failure.

Professor Batia said, “Right now, there is no way to know whether liver failure patients can recover on their own, so they choose a transplant.”

Barcelona to settle the Lewandowski deal within hours

After Lugansk, Russia continues its advance eastward from the Slovyansk Gate