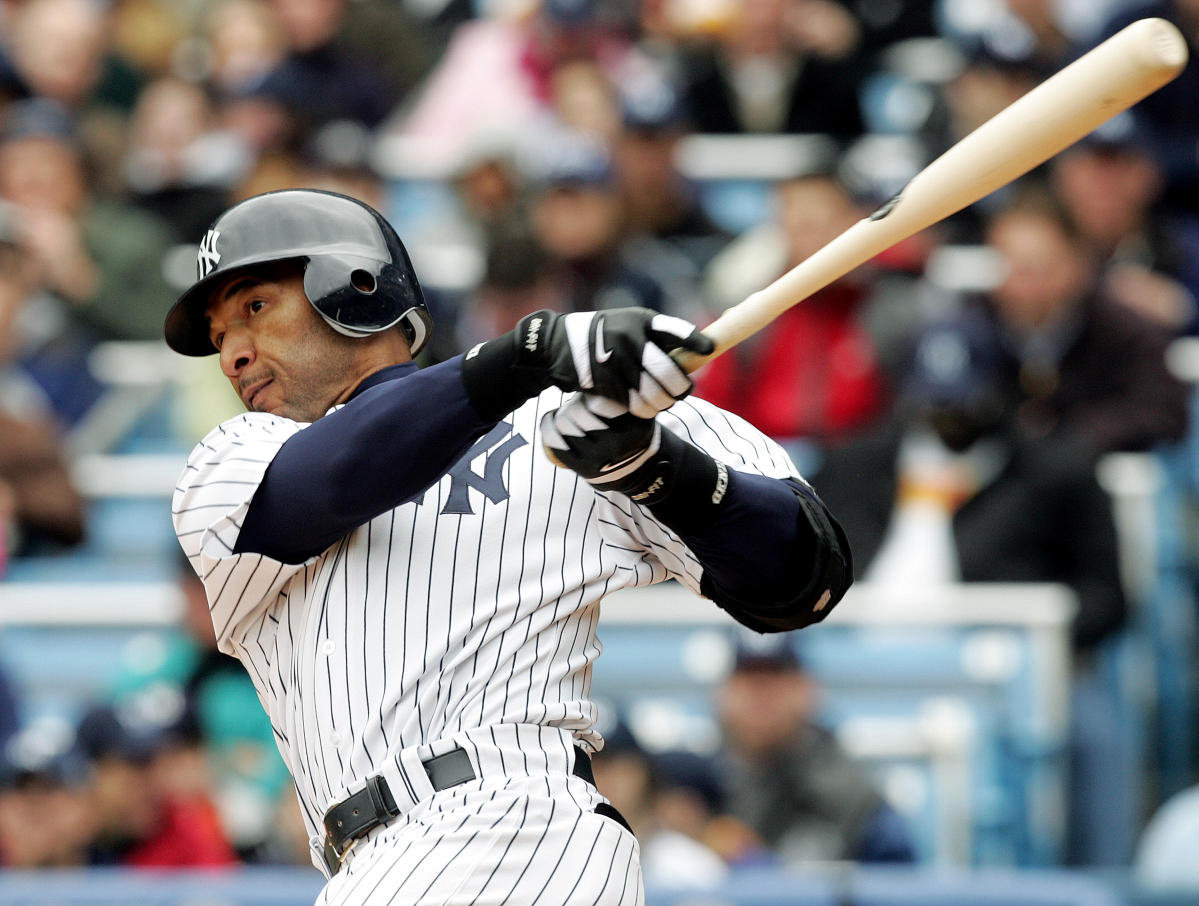 In Wang Jianmin’s heyday, more than 80% of people in Taiwan became Yankees fans because of their love for the house and Wu. Even people who don’t watch the ball know the Yankees players well. And in 2005’s first-generation “Breakfast Shop Lines”, the giant gun outfielder Gary Sheffield, who was always swaying and chanting, is now going to challenge the US Baseball Hall of Fame for the eighth time. So, will our “wiper uncle” enter the Hall of Fame as he wishes?

We discuss this issue from two levels: one is whether he should enter, and the other is whether he will enter. Let’s start with whether we should or not. Sheffield’s career batting record is pretty good, with .292/.393/.514, 2689 hits, 467 doubles, 27 triples, 509 homers, and 253 stolen bases . If you look at the more traditional and difficult metrics of the past (500 homers, 3000 hits, 300 wins, etc.), Sheffield’s 509 home runs not only rank seventh among right fielders, it does make him enough to enter the Hall of Fame.

But beyond the home run total for this career, Sheffield still has other things to consider. First of all, Sheffield’s 13.5% walk rate and 10.70% strikeout rate are actually amazing numbers for a giant who is good at hitting home runs. In the 1996 season, he was Sheffield’s entire career OPS+ and wRC+, 140 and 141, respectively, ranked ninth and eighth among right fielders with at least 7,000 career berths.

When compared to all-time positionless hitters, Sheffield ranks 48th and 42nd, respectively. Sheffield’s OPS+ is on a par with the likes of Alex Rodriguez (A-Rod), Vladimir Guerrero and Duke Snider; his wRC+ is on par with Chipper Jones, A-Rod and Albert Pujols, and even surpasses “Mr. October” Reggie Jackson.

Next, let’s look at the win shares section. Sheffield’s career bWAR and fWAR, 60.5 and 62.1, rank 18th and 16th, respectively. Sheffield’s career WAR isn’t bad, but it’s actually a bit far from the Hall of Fame right fielder’s average of 71.1 and 70.4. The reason for this is that while Sheffield’s offensive record is one of the best at the position, his defense is a mess. Taking the oWAR and dWAR on Baseball Reference, that is, offensive win shares and defensive win shares, as an example, Sheffield’s 80.7 oWAR is the sixth-highest right fielder in history, but -27.7 dWAR is the worst in history. As such, Sheffield’s WAR comes mainly from his outstanding hitting and not to be underestimated base running. Although the defense is really underwhelming, Sheffield’s hitting stats, if not the brightest on paper, are outstanding in both traditional and advanced stats.

But in addition to Sheffield’s poor defense, the ambiguity between him and the drug has also become a stumbling block. In 2004, Sheffield admitted in a congressional hearing that he was advised by then-friend Barry Bonds in 2002 to use a steroid drug nicknamed “The Cream” to speed up the recovery of surgical scars when he was told it was legal. . Sheffield said at the time that he was very angry when he learned that the drug was banned, and he broke off with Bonds, and also strongly supported the system of banned drug testing.

At that time, Tom Verducci, a writer for Sports Illustrated who wrote a key report on doping on October 11, 2004, and who hated doping all his life, also expressed his support for Sheffield in a rare event afterwards. Verducci said Sheffield’s account was sworn testimony in court, and coupled with the unknowable reason for his innocence, he believed that Sheffield should not be implicated in the Bonds and BALCO doping cases. And even if there is a so-called Mitchell report accusing Sheffield of suspected drug use, the fact is that Sheffield can currently confirm that there was a drug use case, which was the case in 2002, not to mention that the grades that year were considered below-average for Sheffield. , which means that the effects of doping are negligible. Of course, despite the many controversial remarks Sheffield has made over the years, his strong opposition to doping is very firm. For people like Verducci, even if it is not a bonus, it will not be a deduction.

So taking into account the results and the doping controversy, the author believes that Sheffield is a player who should enter the Hall of Fame, because his hitting record is indeed quite good. Even if he doesn’t have an extraordinarily exaggerated home run performance because he is in the doping era, Sheffield’s consistent average of 32 home runs and 140 OPS+/141 wRC+ performance year after year is still very good. Even if his fielding is so bad that his field contribution is negative, Sheffield’s performance in the strike zone is enough to make him one of the most dangerous pitchers in the league.

So will he be selected? This is fun. Because even if some voters, like Verducci, who used to be extremely anti-doping in the past, are willing to turn, the truth is that Sheffield’s time is running out and his chances are somewhat at stake. Even with the votes more than tripling in the past three years, Sheffield has only three years left to win the National Baseball Writers’ Association vote. The current voting rate shows that Sheffield has only received 46.6% of the votes, and it is known that among the past voters, Sheffield’s votes this year are actually two less than last year at this time, so this year may not be selected. It will be up to those who are willing to vote for the two also suspected doping players when Bonds and Roger Clemens lose their candidacy, will they move their votes that they had tried to abandon to Sheffield. Based on the current trend, Sheffield probably has a chance to pass the 75% threshold at a low altitude, but it is not optimistic.

But at the end of the day, Sheffield, one of the top hitters of his generation, definitely has the qualifications and achievements to be inducted into the Hall of Fame. Even if you don’t recognize his dark history, at least that unique and counterintuitive swing deserves a place in the Cooperstown Hall of Fame. As for whether he can be elected as he wishes, time will naturally give us the answer.

Pat Napapha has goosebumps. The fortune teller tells me to be careful of being infected with covids. The highest peak is actually following the prediction (clip)

As the pandemic enters its third year, WHO warns of a “critical stage”