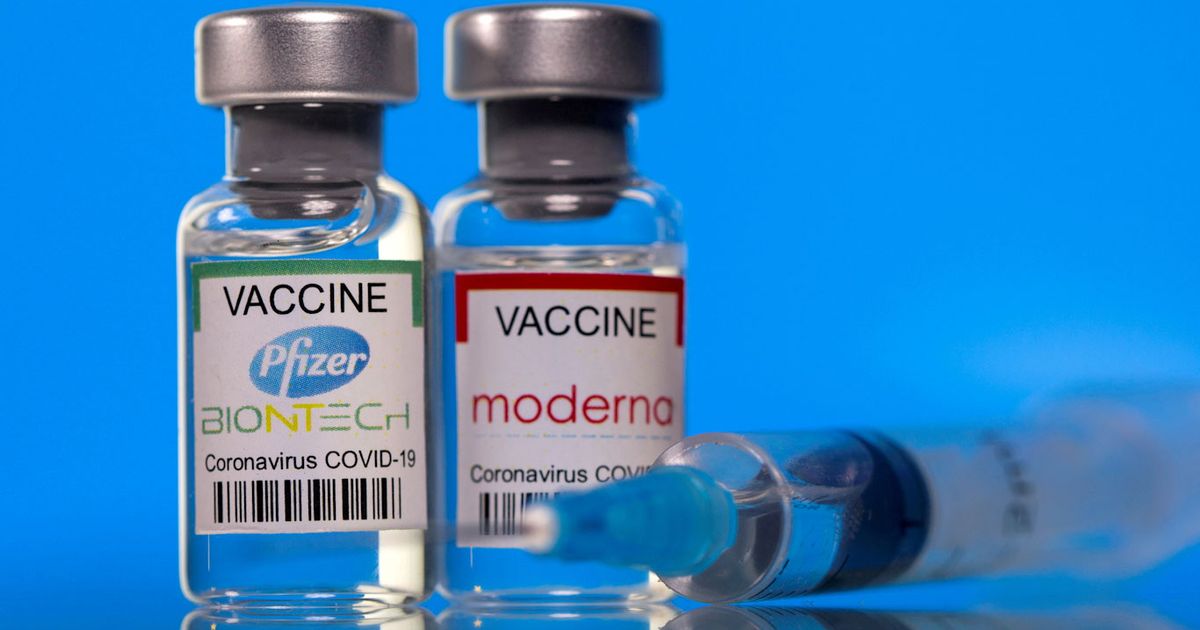 The more the months go by, the more the sales counters panic for Pfizer and its messenger RNA vaccine against Covid-19. And the other manufacturer of this new type of serums, Moderna, is no exception.

Pfizer plans to sell this year for 33.5 billion dollars (30.36 billion francs) of vaccines against Covid-19 developed in partnership with the German BioNTech.

Absolute record for a single drug

And with the American manufacturer’s margin being 20%, the profit can be estimated at nearly $ 7 billion (6.35 billion francs) – an all-time high for a single drug.

The other RNA vaccine producer, Moderna, is no exception with sales estimated at 20 billion dollars (18.17 billion francs).

By way of comparison, the American pharmaceutical group Johnson & Johnson, which has also developed a vaccine against the coronavirus, anticipates 2.5 billion dollars (2.27 billion francs) in revenue from its serum against the virus this year. . And the laboratory AstraZeneca announced Thursday that sales of its vaccine had reached 1.17 billion dollars (1.06 billion francs) during the first half of the year.

But Johnson & Johnson, like AstraZeneca, have pledged to sell their vaccine at cost during the time of the pandemic.

A margin “which is not exaggerated”

The colossal success of the two American pharmacies producing RNA vaccines is not about to end, as this innovative technology is so promising. “We have never seen a drug that brings so much on the market,” confirmed the doctor and analyst Michael Nawrath Thursday in the 12:45 of the RTS.

“For vaccines, the margin is between 20% to 30% and this is not exaggerated,” he said, recalling that the margin is 50% for drugs against cancer.

Today, only Pfizer and Moderna produce RNA vaccines. But the two pharmacies display diametrically opposed policies vis-à-vis the UN Covax program for the delivery of anti-Covid vaccines to the most disadvantaged countries.

Moderna delivers 31% of its production to Covax, AstraZeneca (traditional vaccine) 22% and Pfizer only 1%.

Another observation taken from the figures: Rich countries monopolize RNA vaccines. This situation is denounced by health professionals, who believe that only universal vaccination will be effective against Covid.

The NGOs denounce an injustice that everyone can see. “RNA vaccines hardly arrive in poor countries, while all means should be used to fight the pandemic,” responded Elisabeth Massute, spokesperson for Médecins sans Frontières (MSF).

Pfizer has however announced that a good part of its production will soon go to countries in dire need of serums for their populations. RNA vaccines, already the most lucrative, could therefore also become the most widespread.

>> Inequality of access to vaccines between rich and poor countries: interview with Michel Kazatchkine, member of the Independent Panel to assess the global response to Covid set up by the World Health Assembly: