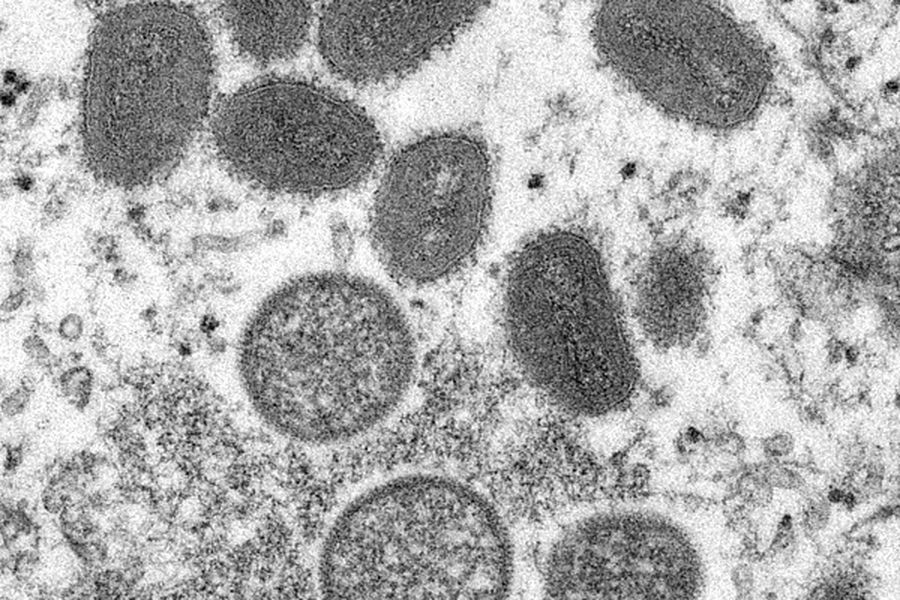 Unfortunately, diseases and viruses continue to plague the planet. Al Covid, and the resurgence of In recent days, the presence of a rare and emerging zoonotic infection, potentially fatal, has been reported, called monkey pox.

The disease, which can spread to humans with serious physical consequences is already present in Europe, where the UK Health Security Agency (UKHSA, its acronym in English) confirmed seven cases in England. It is also registered in the United States, Spain and Portugal.

Although the cases are still few, the health authorities are on alert. After what happened recently with Covid-19, no one wants to repeat an experience of such magnitude. That’s why the World Health Organization (WHO) provides surveillance, preparedness and response support to outbreaks in affected countries.

Here are questions and answers, with everything we know about the disease that spreads around the world.

The Ministry of Health (Minsal) ruled out that suspected or confirmed cases of monkeypox have been detected in Chile. “We have activated all the protocols of our epidemiology network to detect patterns that are out of the ordinary”said the head of the Department of Epidemiology of the portfolio, Christian Garcia.

According to experts, there is currently no proven and safe treatment for this disease. However, potentially useful drugs include the antiviral drug tecovirimat (approved by the US Food and Drug Administration (FDA) for the treatment of smallpox) and the antiviral drugs cidofovir or brincidofovir (CMX001).

There are no specific vaccines against monkeypox virus infection. In the past, the smallpox vaccine was 85% effective in preventing monkeypox. However, the vaccine is no longer accessible to the public, since its production was suspended after the global eradication of smallpox.

Monkeypox can be transmitted by contact and droplet exposure, that is, through saliva or respiratory excretions, or by contact with exudate from the lesion or crusting material. Viral excretion through faeces may also represent another source of exposure.

Monkeypox is a rare viral zoonosis (a disease caused by viruses transmitted from animals to people) that produces symptoms similar to those seen in smallpox patients in the past, although less severe, states the WHO.

According to the UKHSA, monkeypox has not previously been described as a sexually transmitted infection, although it can be transmitted through direct contact during sexual intercourse. The first chains of contagion have been found among homosexuals.

In humans, symptoms begin with fever, headache, muscle aches, back pain, chills, and exhaustion. The main difference between the symptoms of smallpox and monkeypox is that the latter causes the lymph nodes to swell (lymphadenopathy), while the former does not.

The number of lesions varies from a few to several thousand, and they affect the mucous membranes of the mouth (70% of cases), the genitalia (30%), the palpebral conjunctiva (20%) and the cornea (eyeball).

The incubation period for monkeypox is usually 6 to 13 days, but can range from 5 to 21 days. The disease, which has no treatment, is often self-limited, and symptoms usually resolve spontaneously within 14 to 21 days.

Contact with live and dead animals through hunting and consumption of game or bushmeat are known risk factors.

There are two clades of this smallpox virus, the West African clade and the Congo Basin (Central African) clade. Although the former sometimes leads to serious illness in some people, the illness is usually self-limited.

The disease was first discovered in 1958, when two disease outbreaks occurred similar to smallpox in colonies of monkeys kept for research purposes. For this reason it received the name “monkeypox” or “monkeypox”.

The first human case of monkeypox was reported in August 1970 in Bokenda, a remote village in the equatorial province of the Democratic Republic of the Congo. The infected was a 9-month-old boy who was admitted to Basankusu Hospital on suspicion of having contracted smallpox. A sample, sent to the WHO Smallpox Reference Center in Moscow, revealed that the symptoms were caused by the monkeypox virus.

The case-fatality rate for the West African clade has been reported to be around 1%, while for the Congo Basin clade it can be as high as 10%. Children are also at increased risk, and monkeypox during pregnancy can lead to complications in women, congenital monkeypox, or stillbirth.

For various reasons, such as the halt, in 1980, of vaccination against smallpox, in addition to the consequent decreased immunity against orthopoxvirusesthe greater and more frequent exposure to animal species that act as a reservoir of the disease, the increase in the rate of transmission from person to person, particularly in immunocompromised hosts, and the advance in the ability to diagnose it.

The largest known outbreak occurred in 1996-1997 in the Democratic Republic of the Congo. And the most important outside this country occurred in 2017 in Nigeria. Both in Africa.

This historic house is inspired by the Orient Express

Hit by a wave of cold, the south of Brazil shivers – rts.ch