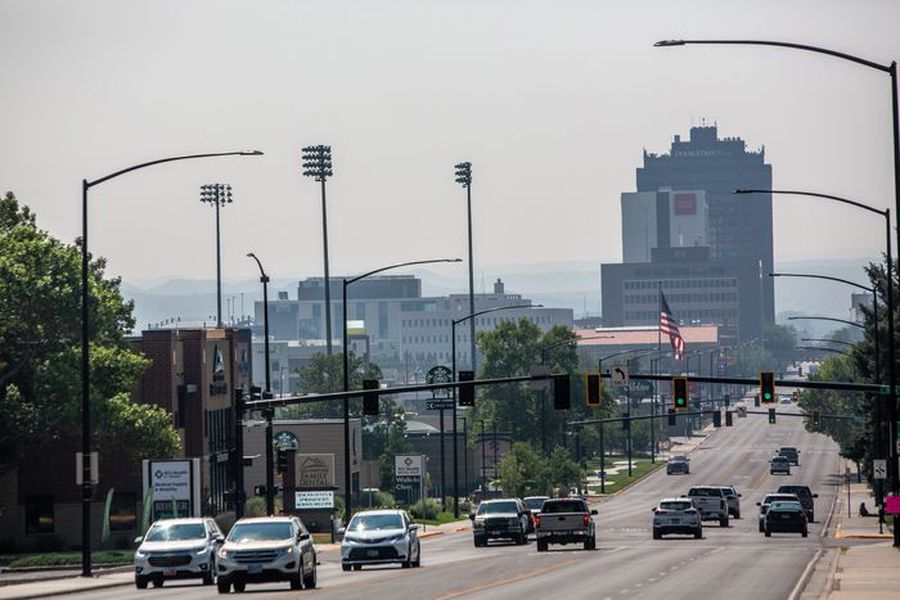 Billings, Montana is the new No. 1 on The Wall Street Journal / Realtor.com’s US Emerging Markets Index, driven by its affordability and attractiveness to remote workers.

The index reflects how the housing boom has ignited home buying activity in small and medium-sized cities in the United States. The top 20 cities in the ranking have an average population size of just over 300,000.

In the latest index rankings released on Tuesday, smaller cities dominate. The number 2 metropolitan area is Coeur d’Alene, the lakeside city of Idaho (in the State of Idaho) that ranked first when the index was released in April. Fort Wayne, Indiana, Rapid City, South Dakota and Raleigh, North Carolina round out the top 5.

The index identifies the top metropolitan areas for home buyers looking for a booming real estate market and attractive lifestyle services. This quarter’s version added the new property tax criteria, causing some areas in the Northeast, Midwest and Texas, which have higher property taxes, to drop in the rankings.

Strengthening the US economy also played a role, rewarding cities where jobs and wages grew the most. Rapid City and Raleigh each jumped about 100 spots from the previous quarter.

Billings, Montana’s largest city, rose from fourth place to first due to low unemployment, affordability and a booming housing market. With a metropolitan area population of about 184,000, Billings had an unemployment rate of 3% in May, or about half the national rate.

Much of the strength in the Billings real estate market has been driven by buyers from other states, from coastal states such as California and Washington to Kentucky and Texas, said Deb Parker, owner broker of Parker & Co. Real Estate Services in Billings. Many move to the area because they have the flexibility to work remotely, he added.

“I think Montana has really been discovered,” Parker said. “I have never seen so much cash in our market.”

About 65% of visits to Billings property listing pages came from outside the metro area in the second quarter, up from 57% a year earlier, according to Realtor.com.

Billings, surrounded by multiple mountain ranges, was founded as a railroad town in the 19th century. Today, new residents are drawn to the area’s hiking trails and other outdoor activities. However, unlike some smaller cities in the United States where second-home buyers have played a notable role by moving in and raising house prices, about 3% of Billings homes are vacation properties, according to Realtor.com.

Like much of the West, Billings is currently experiencing extreme heat. The National Weather Service has issued a red flag warning in the area, indicating weather conditions that could accelerate the spread of wildfires.

Emily and Travis Elwood decided during the pandemic that they wanted to move out of Portland, Oregon, where they were renting a two-bedroom apartment. They visited Billings last summer and were drawn in by its size and affordability. “Frankly, (we) could never buy a home in the Portland area,” Ms. Elwood stated. “We just wanted something a little smaller, a little tighter.”

Mrs. Elwood continued to work her Oregon job from Montana, and Mr. Elwood found a new job in Billings at a dental company. They moved in in October and bought a three-bedroom house in June for $ 316,000. Her monthly mortgage payment is lower than her monthly rent was in Portland, Elwood (husband) said.

Montana’s smaller markets, including Bozeman, also saw an influx of shoppers during the pandemic. Some of the top reasons buyers from other states chose Montana were safety and security, COVID-19 concerns, and the state’s smaller population, according to a Montana State University survey of real estate agents. from Montana Billings last summer.

The median sales price of a single-family home in and around Billings was $ 376,248 in June, up 32% from a year earlier, according to the Billings Association of Realtors.

As in many markets in the country, the number of homes for sale is very low. There were 392 single-family homes in the Billings area in June, up from 433 the previous year, the association said.

“There weren’t many available,” said Claire Alden, who started buying homes in Billings with her husband, Deaver Alden, this spring. “There were only one or two on the market of the type that we would consider.”

After the Aldens made their first offer on a house, they discovered that the seller had already accepted a cash offer the same day the house went on the market. They ended up buying a four-bedroom home in June with a shed in the back that they are considering converting to a rental property.

The Wall Street Journal / Realtor.com Emerging Markets Housing Index ranks the 300 largest metropolitan areas in the United States. In addition to the housing market indicators, the index incorporates economic and lifestyle data, including the unemployment rate, wages, travel time within the city, and small business loans.

Home prices in the top 20 index markets have risen 13.7% on average last year, outpacing an 8% increase in all 300 areas, but the top 20 areas still have a lower median listing price than the market in general, said Danielle Hale, chief economist at Realtor.com.