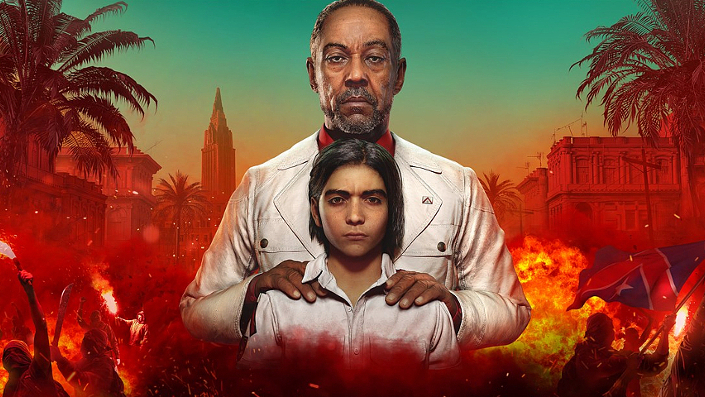 Last week not only the first gameplay scenes from the upcoming “Far Cry 6” were published. The developers also released a lot of information about the latest Ubisoft shooter. So “Far Cry 6” will offer the largest number of weapons within the series. And a lot of the booms are quite strange.

The number and choice of weapons is due to the game’s resolver philosophy, in which guerrilla fighters use all available resources to get what they need. In the case of “Far Cry 6”, this results in some “very strange weapons”.

For example, the El Pequeno, a minigun built from a motorcycle engine, is used. Supremos, in turn, are super weapons that can only be carried in a backpack and used in this combination.

Also worth mentioning is a CD-throwing weapon built from a CD player that plays Los Del Río’s Macarena. For some reason that may be cleared up in “Far Cry 6”, it’s the only title the discs reveal.

In addition to the weapons, the vehicles are also customizable. In addition, the new part reminds aloud IGN to the “Far Cry” style of play, with multiple routes in (and out of) dangerous locations and more options for stealth and combat. Extensive insights provides the gameplaythat was released last week.

The official release date of “Far Cry 6” was also mentioned a few days ago. Buyers of the shooter can get started on October 7, 2021. The development takes place for PS5, PS4, Xbox Series X / S, Xbox One, PC, Stadia and Luna. Pre-orders are possible at Amazon, among others.

Links to Amazon, Media Markt, Saturn and some other retailers are usually affiliate links. When we make a purchase, we receive a small commission that we can use to finance the free site. You have no disadvantages.