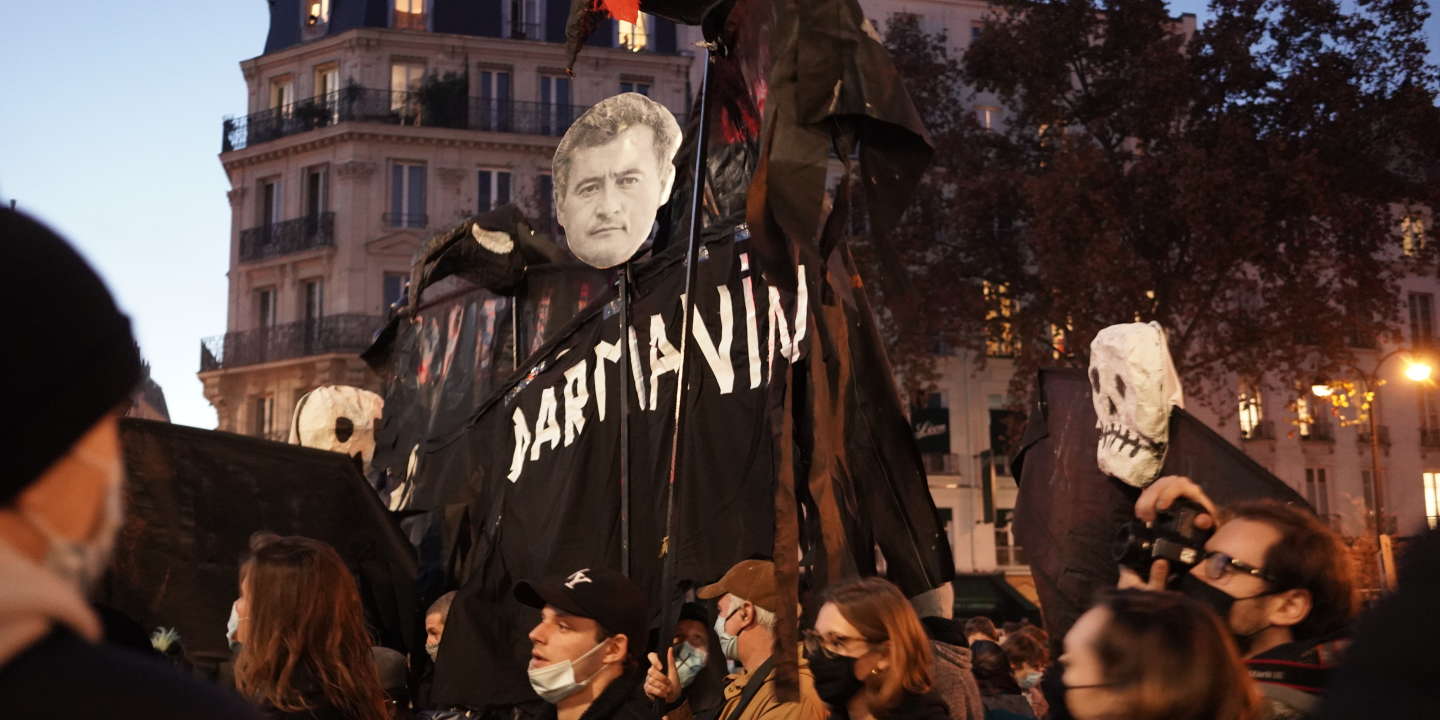 At least 133,000 people, according to figures from the Ministry of the Interior, marched across France on Saturday, November 28, against the “comprehensive security” bill, adopted at first reading in the National Assembly on Tuesday, November 24. , and against its flagship measure, which plans to restrict the possibility of filming the police. Protesters also denounced police violence and racism.

Reread our direct: demonstrations against the “global security” law in France

It is at Paris that the demonstrators were the most numerous. According to figures from the Ministry of the Interior, 46,000 people gathered between the Place de la République and the Place de la Bastille. Last week, 7,000 of them took over the Place du Trocadéro. The organizers of the rally did not release their estimates.

“If we can no longer film or photograph, who will protect us from police violence? “, worried in particular Camille, 23 years old, referring to article 24 of this bill, decried by the defenders of freedoms and the companies of journalists.

Article reserved for our subscribers Read also Leading the rebellion against the “global security” law, journalists born at the heart of social movements

“It is a law which is part of a chain of liberticidal constraints”, denounced Kathy, also present in the Parisian demonstration. “We can no longer speak of democracy in a state which prohibits journalists from taking photos” , believes this press officer, who recalls the gap with 2015:

“After the attacks, we applauded the police. Now, we have the impression that they are no longer protecting us, although that is their mission. “

If the Parisian procession was calm and determined as a whole, incidents however marked the day. Groups of demonstrators formed barricades and lit several fires, which emitted large plumes of smoke and a pungent odor. The latter, which set a kiosk, a brasserie and a facade of the Banque de France on fire, were subdued around 6 p.m., while part of the square was drowned in tear gas.

Along the route, various elements of street furniture were destroyed and several cars set on fire, triggering the intervention of the firefighters, while the rest of the procession continued its parade. Place de la Bastille was finally evacuated around 7 p.m., before the Minister of the Interior, Gérald Darmanin, announced that he was condemning the “Unacceptable violence [perpétrées] against the police “.

A Lyon, more than 7,500 people participated in the demonstration, according to figures from the prefecture. Composed of people of all ages, the “march of freedoms”, in which we could also distinguish the colors of the CGT, FO, La France insoumise, “yellow vests” or the CNT, was shaken at the end. one hour to go, via the banks of the Rhône, to Place Bellecour.

“Since Sarkozy, Holland, it does not stop. If a dictator takes power tomorrow in France, he will have all the legal tools at his disposal. Under security pretexts, we are building a regime that can slip into authoritarianism at any time. “

Protesters and three police officers were injured by projectile jets during overflows, said the Rhône prefecture, before specifying in the early evening that four arrests had taken place at the end of the “march of freedoms”.

In the Loire, around a thousand people gathered in the afternoon at Saint Etienne, where a group of demonstrators threw eggs on the premises of the municipal police, of which they also tagged the facade, found a correspondent of Agence France-Presse (AFP). Earlier, some 200 and 300 demonstrators respectively marched in Roanne and at Puy-en-Velay (Haute-Loire), in peace this time, as indicated by prefectural sources. Same quiet also at Clermont-Ferrand, in the Puy-de-Dôme, where a little more than 700 people had gathered.

They were 6,000 Bordeaux, according to the prefecture, on the occasion of the most important demonstration in the city since the crisis of “yellow vests”, reports AFP. Pierre Hurmic, the mayor of Bordeaux, was present in the procession: “I consider that we are in a difficult period for our freedoms, we must mobilize”, he explained to World. “I am there as a mayor and as a citizen. I do not find it normal that we take advantage of this period when everyone is stressed, anxious, to pass freedom-killing laws. I see that there are a lot of Bordelais, a lot of young people; I am reassured that there are people in the street. “

Article reserved for our subscribers Read also Filming the police, a right violated even before the law on “global security”

A Little, the prefecture indicates that between 1,400 and 4,000 people demonstrated, including Laetitia, who fears that “Switch to something very authoritarian. Since the demonstrations of “yellow vests“, It is as if it had become normal, this form of repression”, estimates this 43-year-old English teacher. “And this hardening is cold in the back. ” A first rally, started at 11 am at the call of the Hauts-de-France “Press Club”, the SNJ-CGT, CFDT, SDJ-FO, Sud Solidaires, and the League of Rights of the Union. man, had gathered more than a thousand people according to the organizers, the prefecture having counted 400.

A Strasbourg, the figures vary between 1,500 demonstrators according to the prefecture and nearly 3,000 according to local media and AFP, while some tensions arose at the time of the dispersion. “For years, we have been talking about police violence: Adama, Théo, Cédric Chouviat, and even long before”, estimates Jean-Luc, come to demonstrate with his two daughters. “Instead of tackling this problem, the government is attacking our freedoms. We know that filming avoids smudges. ”

A Rennes, up to 4,000 people, according to the prefecture, and 5,000, according to the unions, who marched in the streets of Brittany. Incidents broke out at the end of the Place de la République route, where many demonstrators were still present when the police used tear gas.

The controversy surrounding the bill, strongly denounced by journalists and defenders of public freedoms, has intensified in recent days.

The brutal evacuation of a migrant camp in Paris on Monday evening and the revelation on Thursday of the beating of a black music producer by four police officers, whose custody was extended this Saturday, aroused indignation and electrified the debate. Video recordings of these scenes have been viewed millions of times on social networks.

In this tense context, Emmanuel Macron went down to the arena on Friday to denounce the“Unacceptable aggression” by producer Michel Zecler, whose “Images make us ashamed”. He again asked the government to make proposals quickly “To fight more effectively against all forms of discrimination”.

After modifying the text to include guarantees on the “Right to inform”, the government has spent the week trying to clear this file. In vain: despite its adoption at first reading by the National Assembly, the controversy was such that Matignon resolved to announce a new rewrite of the text by a « commission » independent – before backpedaling in the face of the wrath of parliamentarians and the majority, to whom Jean Castex had to assure that they would have the last word.