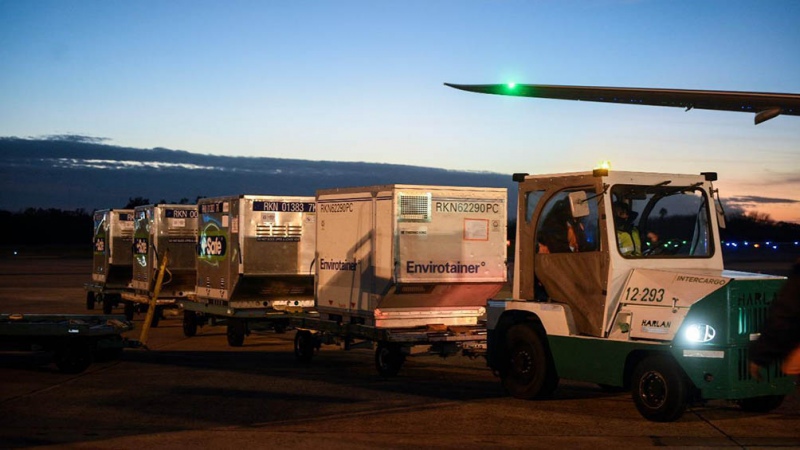 It is the largest batch of coronavirus vaccines flown in a single flight.

A consignment of more than 2.1 million doses of the AstraZeneca vaccine produced jointly with Mexico arrived in the country this morning, which raises the number of vaccines received by Argentina to 17.6 million doses from the beginning of the coronavirus vaccine procurement and logistics process until now.

Air Canada flight AC7326 from Toronto landed at Ezeiza International Airport at 6:45 a.m. with a load of 2,148,600 doses in its warehouses that was received at the air station by Chief of Staff Santiago Cafiero and Minister of Health Carla Vizzotti. 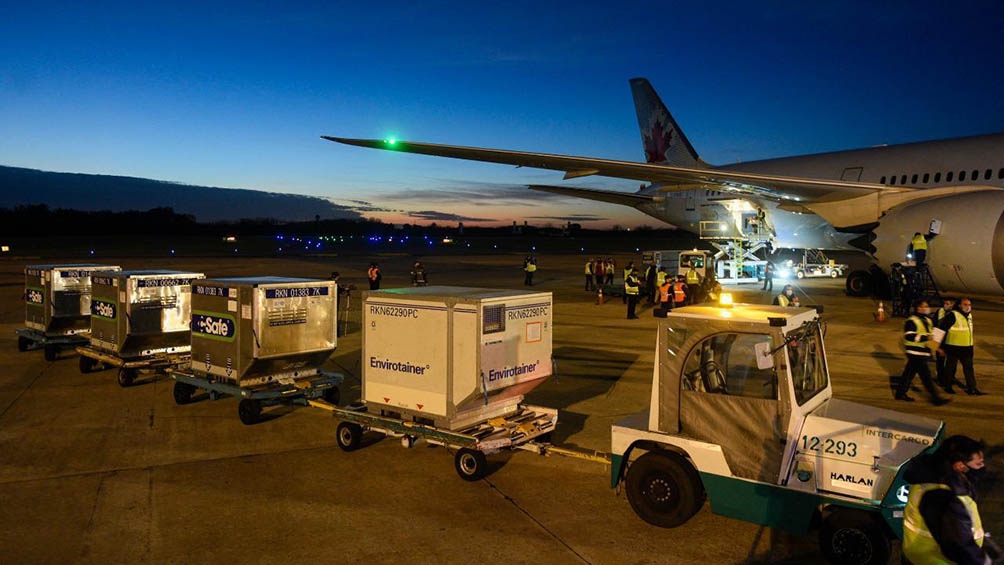 The national government completed in the last week a record work in the distribution of 2,684,600 doses to all jurisdictions.

“It is a very important moment; it is the largest shipment we have received, with 2,148,600 doses,” said Cafiero as soon as the flight arrived.

In this context, he emphasized “with pride” that the AstraZeneca vaccines that arrived in the country today have an Argentine component, and it appears on their labels.

“This is a very important moment; it is the largest shipment we have received, with 2,148,600 doses””

“We are receiving these vaccines that have on their label that a part is manufactured in Argentina. That fills us with pride, the technologists, the workers of science who contribute so much to our country, are printed on that seal and that. for us it is very important, “said Cafiero.

Regarding upcoming vaccine arrivals, he indicated that “The contract with AstraZeneca and Oxford began to unravel”, a matter that he qualified as essential to be able to “strengthen the vaccination plan” carried out by the national government and it represents the “largest inoculation campaign ever carried out in the country.”

For its part, Vizzotti He assured that they are “working” from the national government to “complete all the vaccination schedules of the people who started it” and, in that sense, I mentioned, for example, that second doses of the Russian Sputnik V vaccine will arrive. 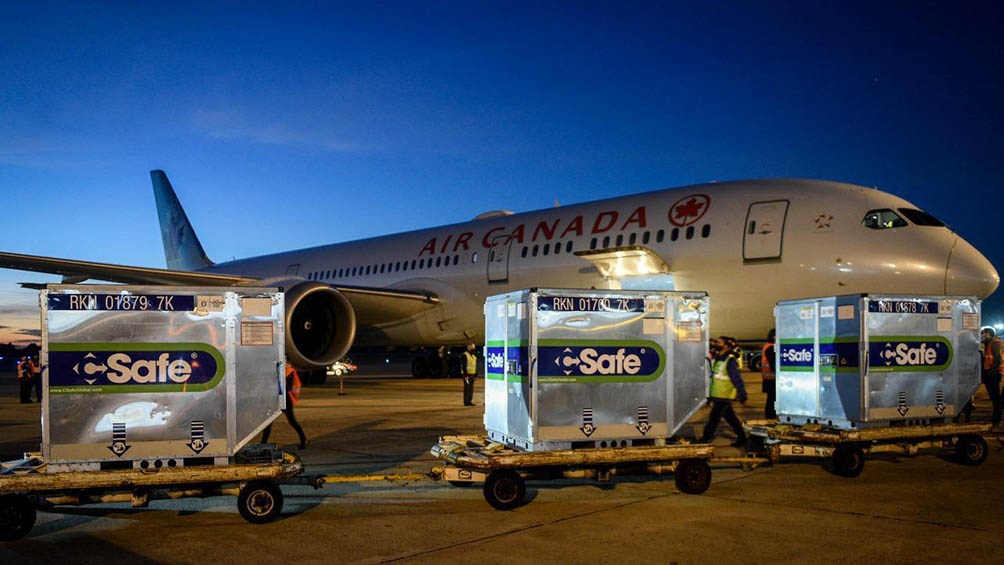 “The scenario we have is a time horizon with a very important escalation of vaccination, almost three million distributed last week and another three million at least that we received this week,” says Vizzotti.

He added that, with this flow of vaccines, they will be able to “vaccinate the 15 million people who are at risk of dying.”

He added that progress in the vaccination plan “will depend on the specific arrival of vaccines”, said that “the provinces are prepared” to receive them, and announced that this Wednesday there will be a meeting of the National Immunization Commission, of which recommendations will emerge on how to continue targeting vaccination. “

This is the largest batch of coronavirus vaccines flown in a single flight since the national vaccination campaign began.

With this departure, Argentina received until today 17,631,945 doses of vaccines of different origins.

The vaccines that arrived this morning are in addition to the 2,785,200 doses that had arrived last week between Sputnik V and those developed jointly by the University of Oxford and AstraZeneca, which were acquired both by the WHO’s Covax mechanism and in a bilateral agreement with the British pharmaceutical company.

The national government completed in the last week a record work in the distribution of 2,684,600 doses to all jurisdictions.

Until this Sunday afternoon, according to data from the Public Vaccination Monitor, the online registry that shows in real time the immunization operation throughout the Argentine territory, stated that 15,272,890 vaccines had been distributed, of which 12,119 .901 have already been applied: 9,449,517 people received the first dose and 2,776,053 both.