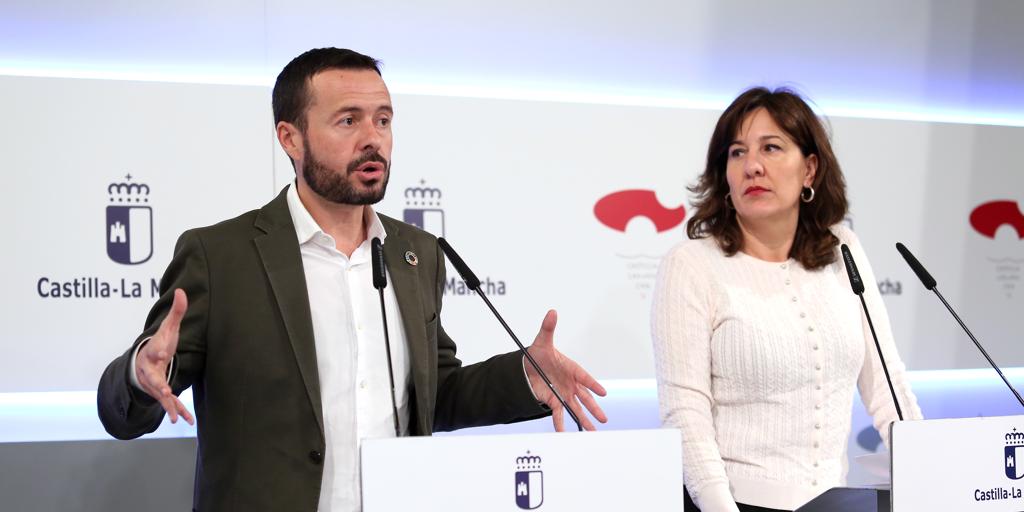 2019 comes to an end and it is time to take stock, but also for purposes and to take action. Something that the Executive chaired by Emiliano García-Page has been taken to the letter and, therefore, the Governing Council, which has met the penultimate day of the year, has approved a series of agreements with which it closes its exercise and face the following.

To give an account of them, in the press room of the Palace of Fuensalida appeared the spokeswoman of the Board and counselor of Equality, Blanca Fernández, accompanied by the Minister of Sustainable Development, José Luis Escudero. It was the latter who began the press conference announcing an investment close to 17 million euros related to the rural and natural environment of the region.

Specifically, Escudero advanced the approval of an investment of 12.5 million euros for the acquisition of 18 helicopters and 7 airplanes that will be used for the transfer of personnel in the fire fighting, as well as for the capture and transmission of images of fires And, in this same sense, the Governing Council has also approved an item of 3.9 million euros for the purchase of 18 heavy machinery equipment that will serve to improve forest infrastructure during the years 2020 and 2021.

And the Minister of Sustainable Development also announced an investment of 241,614.41 euros to pay attention to people who visit three natural parks in the community. This task is entrusted to the Public Company of Environmental Management of Castilla-La Mancha (Geacam), which will be responsible for ensuring, in particular, the parking lots of the Hayedo de Tejera Negra, in the Natural Park of the Sierra Norte de Guadalajara; at the source of the Mundo River, in the Natural Park of the Calares del Mundo River and the Sima in Albacete and, finally, in the El Hosquillo hunting park, in the Serranía de Cuenca Natural Park.

On the other hand, the Governing Council has also approved the proposal of the Ministry of Social Welfare to allocate 0.7% of the Personal Income Tax (Income Tax) for social purposes. According to the spokeswoman Blanca Fernández, it will be 11.5 million euros that will be allocated 415 programs of 211 third sector entities that serve the most vulnerable people of Castilla-La Mancha.

An investment that, as Fernández was breaking down, will be distributed as follows: 2.6 million euros will be allocated to 74 programs for people with disabilities, 1.6 for 86 protection programs for the elderly, 4 million for 81 programs for attention to gypsy population and immigrants, 1 million for 25 programs for child and family care, 447,602 euros for 45 youth-related programs, 1.4 million for 124 projects of the Ministry of Health and, finally, 171,196 euros for 13 programs of the Women’s Institute. .