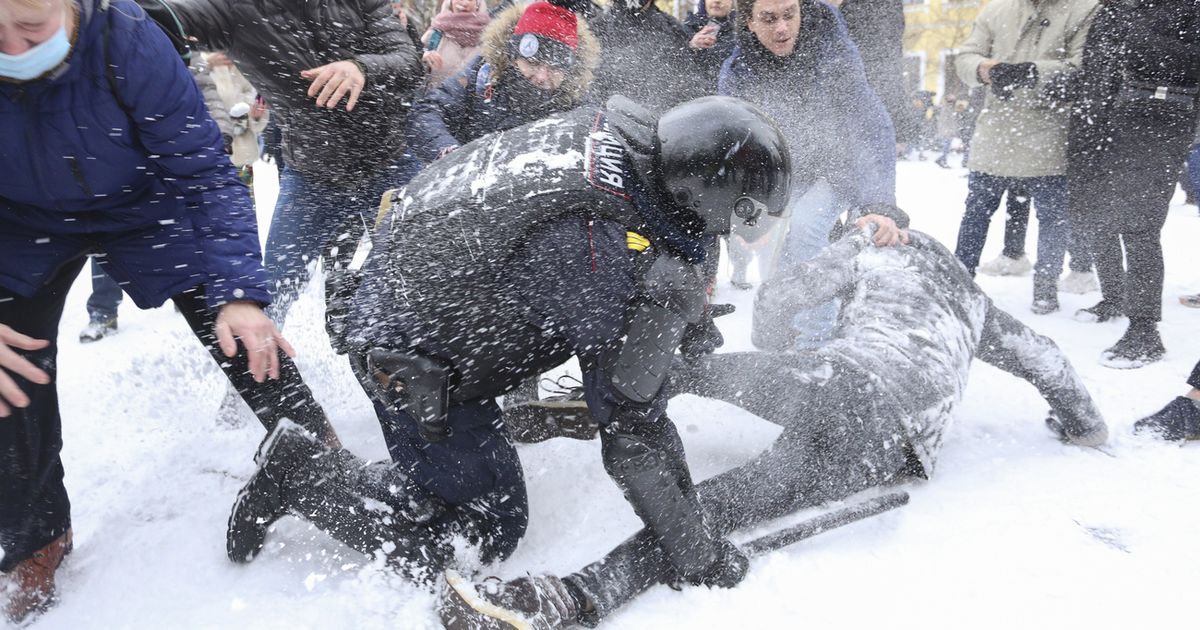 Russian police deployed a major device on Sunday and closed access to the center of several cities during new demonstrations across the country to demand the release of the opponent Alexeï Navalny. More than 2,800 people were reportedly arrested across the country.

According to the organization OVD-Info, specializing in monitoring protests in Russia, more than 2,800 arrests have taken place in at least 50 cities, including 520 in Moscow.

These rallies follow a first day of mobilization last Saturday which brought together tens of thousands of protesters and resulted in more than 4,000 arrests, as well as the opening of about twenty criminal cases.

In the hyper-center of Moscow and Saint-Petersburg, many police officers and the National Guard were deployed before rallies scheduled for the early afternoon, noted AFP correspondents.

>> Images of the clashes in St Petersburg:

“Putin is a thief!”, “Freedom!” Chanted dozens of protesters as they passed through the center of the Russian capital, the location of the rally having been changed at the last minute in the face of police restrictions, which limited the ‘access to several streets in the center and closed to metro stations, a rare decision.

Across the country, in Vladivostok, Andrei, a 25-year-old protester, regretted that few people, a few dozen, had gathered because “the riot forces blocked” the city center.

In Novosibirsk, Russia’s third largest metropolitan area, independent media outlet Taiga estimated the number of protesters at over 5,000, one of the largest anti-government rallies in recent years.

A few days before the appearance of Alexeï Navalny

These new demonstrations will take place against the backdrop of the appearance of Alexey Navalny before judges, scheduled for next week. The opponent has been the target of multiple legal proceedings since his return to Russia on January 17, which he considers politically motivated.

>> Read also: Navalny, the man who challenges the tsar

Most of his close allies were placed under house arrest on Friday by Russian justice, two days after a series of searches that included the home of his wife Yulia and the premises of his organization, the Anti-Corruption Fund.