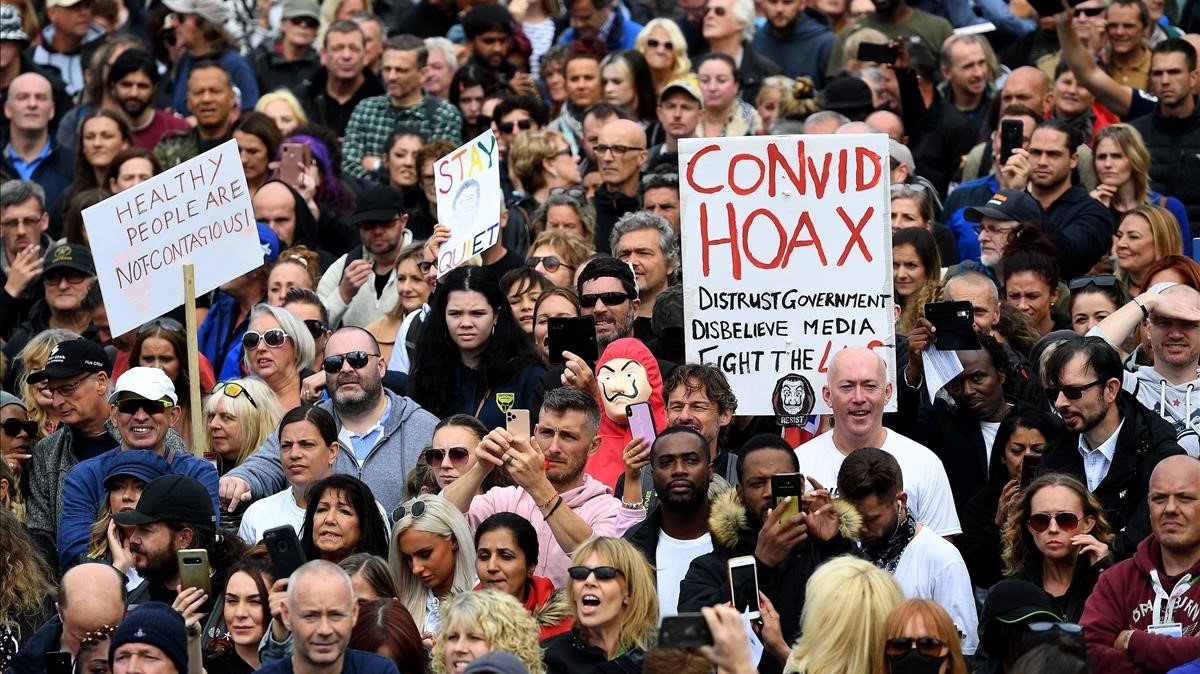 More than 60 people were arrested this Saturday in London during demonstrations against restrictions to fight the spread of the new coronavirusthe police reported.

The arrests were for “a series of violations”, mainly “violation of restrictions against coronavirus,” tweeted the London police, who had asked not to participate in these demonstrations, prohibited due to the current confinement. “We expect this number to increase,” he added.

Hundreds of people protested the measures in the British capital, shouting “freedom” and carrying banners reading “stop controlling us.” Some of those demonstrations were dotted with incidents.

After four weeks of a second confinement -after the one in spring-, United Kingdom should return on Wednesday to a system of restrictions imposed locally based on the incidence of virus.

Non-essential businesses will be able to reopen and the stay-at-home slogan will be lifted. The recommendation of the telecommuting. However, in areas with the highest alert level, restaurants and pubs will remain closed.

With more than 57,000 deaths, the UK is the country with the highest death toll. dead in Europe.