At least 32 people have died, including 23 children between the ages of two and three, from the shooting this Thursday (06.10.2022) with a rifle by a former police officer in a nursery in northeast Thailand, the emergency services reported. The 34-year-old suspect, who was separated from the body as a result of drug possession crimes, committed suicide after the attack, the Police reported on his Facebook account.

“We confirm that the criminal shot himself and has died,” the police said in an official Facebook profile, while the rescue services pointed out that before taking his own life he also killed his wife and son. The assailant fired an automatic rifle at those present at a nursery school located in Nongbua Lamphu province, which generally welcomes children between the ages of 2 and 5, before fleeing in a van, running over several pedestrians.

The images provided by the Police show dozens of bodies scattered throughout different rooms. Many of the injured, whose exact number is still unknown, have been transferred to the Nong Bua Lamphu hospital, which has “urgently” requested that citizens donate blood of all types, according to local media.

Relatives of the victims went to the compound that was cordoned off by the police, and many of them succumbed to despair, as can be seen in images and videos circulating on social networks. The country’s prime minister, Prayut Chan-ocha, has expressed his condolences to the families.

lgc (efe/afp)
(Last update at 11:30 with the number of deceased children). 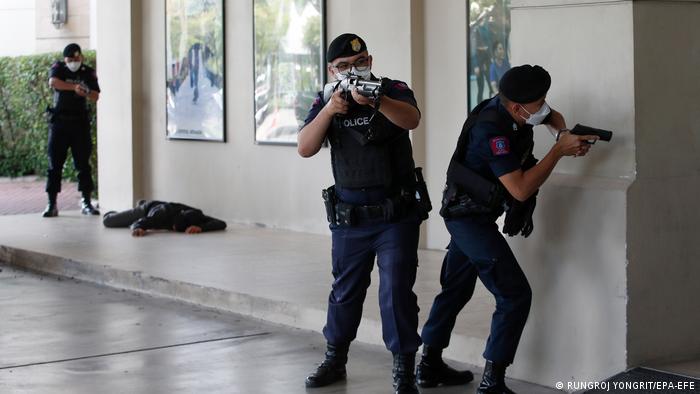 Police found dozens of bodies scattered around the building.

Influenza A virus can be eliminated soon