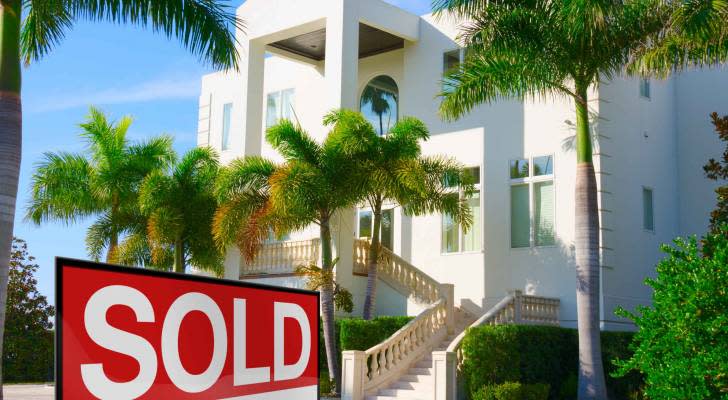 Mortgage rates have dropped from astonishingly low to almost ridiculously low in a closely tracked survey that has been tracking interest rates for nearly half a century.

The extremely low mortgage rates are pulling potential buyers out of the COVID-19 lockout into the real estate market, which mortgage giant Freddie Mac calls “a remarkable turnaround” in mortgage demand.

Homeowners also get low interest rates and save tens of thousands of dollars through refinancing.

Mortgage rates have dropped to an average of 3.15% for a 30-year fixed-rate home loan this week, down from 3.24% last week, Freddie Mac said Thursday.

“The 30-year fixed-rate mortgage has once again reached its lowest level in the almost 50-year history of our survey, breaking the record for the third time in the past few months,” said Sam Khater, chief economist at Freddie Mac.

The survey rates averaged 0.7 points. In the past year, the typical interest rate for a 30-year fixed-rate mortgage at this point was 3.89%.

The mortgage reference rate has not risen higher than 3.33% on average since early April, and Freddie Mac predicts that interest rates will remain low all year round. The company predicts that 30-year mortgage rates will average 3.3% in 2020, far less than the previous year (3.9%).

However, Realtor.com researchers have predicted that average rates “could drop below 3% by the end of the year,” and some rates below 3% are already out there. You just need to know where to find them.

Today’s falling mortgage rates are attracting crouching home buyers. According to Khater, the demand for mortgages to buy houses has seen a “remarkable turnaround given the sharp decline in economic activity”.

As the property market heats up due to low interest rates, several offers and escalation clauses are appearing again, says Corey Burr, senior vice president at Sotheby’s International Realty in Chevy Chase, Maryland. A buyer who submits an offer with an escalation clause expresses his willingness to go higher when someone else offers more.

In the meantime, homeowners refinance themselves in cheap mortgage rates to lower their monthly payments and interest costs. With so many Americans exchanging their mortgages, Khater notes that the average refi loan size has dropped $ 70,000 this year.

“This means that a broader base of borrowers is taking advantage of the record low interest rate environment, which will benefit the economy,” he says.

Other mortgage rates this week

According to Freddie Mac, interest rates on other popular types of mortgage loans have also dropped this week.

The average for a 15-year fixed-rate mortgage has dropped from 2.70% last week to 2.62%, the survey said. 15 year loans are a popular refinancing option. These mortgages averaged 3.46% a year ago.

Interest rates on 5/1 variable rate mortgages have also decreased. These loans are commonly referred to as “ARMs” and have interest rates that are fixed for five years and can then be adjusted up or down each year.

At that point last year, the starter interest rate for these mortgages was 3.60% on average.