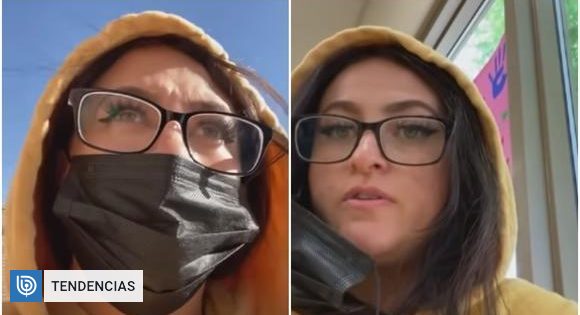 Media in the United States reported a strange situation that occurred in a school in the state of Texas, after a mother decided impersonating her 13-year-old daughter for a whole school day. The woman was arrested for this fact.

The one involved in the case is Casey Garcia (30), who at the beginning of this week went to the San Elizario Independent School District, with clothes of the minor.

According to the report presented by the Washington Post, throughout the day García had contact with the director, security guards, entered classes and participated in various activities. Apparently no one noticed.

This was done by wearing scuba pants and a yellow sweatshirt with a hat, which allowed her to go almost unnoticed.

Through a video published hours later, the woman explained that she did not take this action to replace her daughter in her academic duties. His particular goal was test the security that exists inside the enclosure.

“I’ve been here all day, face to face with the teachers. Do I look like a seventh grader? I say at this time that we need greater security in our schools, this is what I tried to demonstrate, “he said.

“It’s about our children and the safety of our children. All I’m trying to do is prevent another mass shooting ”, added.

However, hours later, she was also detained by the authorities, who filed charges for trespassing and tampering with government records.

Although Garcia was released after posting bail, she is due to appear in court later this month. He risks up to three years in jail.