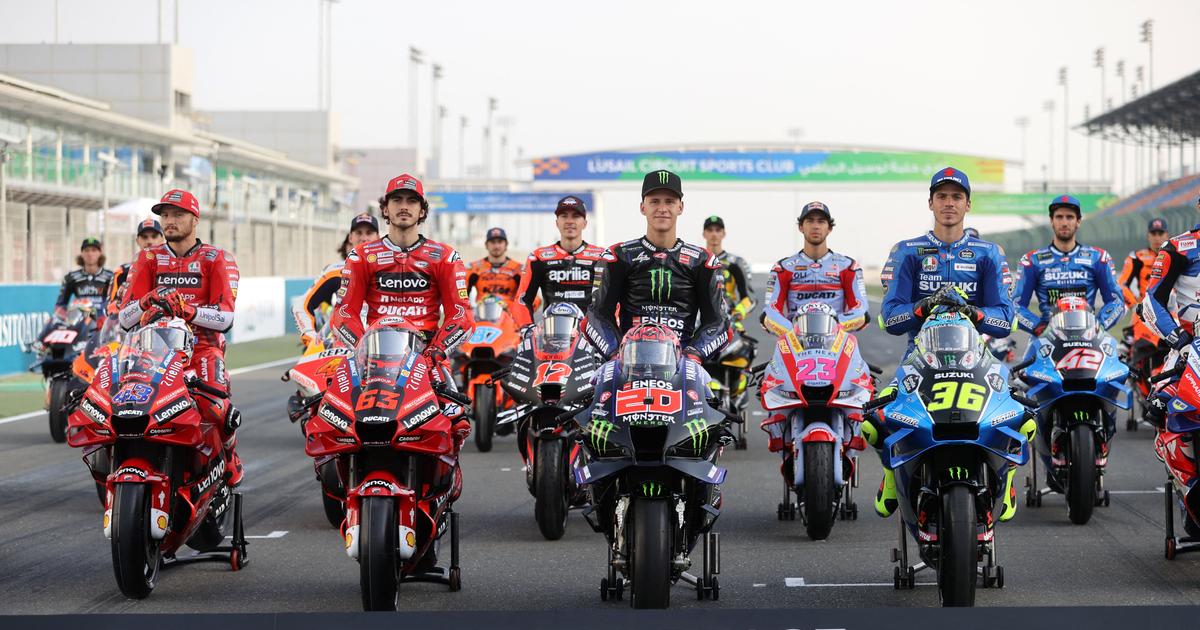 MotoGP riders posed for their traditional back-to-school photo behind a banner proclaiming “United for peace(United for Peace) Thursday in Qatar, in reaction to the invasion of Ukraine by Russia.

The image was then shared by several of them on social media, starting with the Frenchman Fabio Quartararo or the Spaniard Aleix Espargaro, who matched it with the words “Stop the war(Stop the war).

Read alsoMotoGP: Quartararo on the road to the double, Marquez on the return

Like many sportspeople and sporting organizations since the invasion began on February 24, MotoGP organizers and riders sent this message of peace ahead of the first Grand Prix of the season at Qatar’s Losail circuit on Friday. see you on Sunday.

Asked at a press conference, the Spaniard Marc Marquez, figure of the motorcycle with his eight world titles in all categories, returned to this initiative. “As you can see, all of MotoGP, the riders, the people in this room, are opposed to war“, he remarked.

«All we can do from here is try to support all those people, families and children who are suffering because of this war, but that’s not enough. There are people much more important than us who must stop thisMarquez claimed.

the clip for “La Quête”, new single from “Civilisation”

How to choose a professional online casino