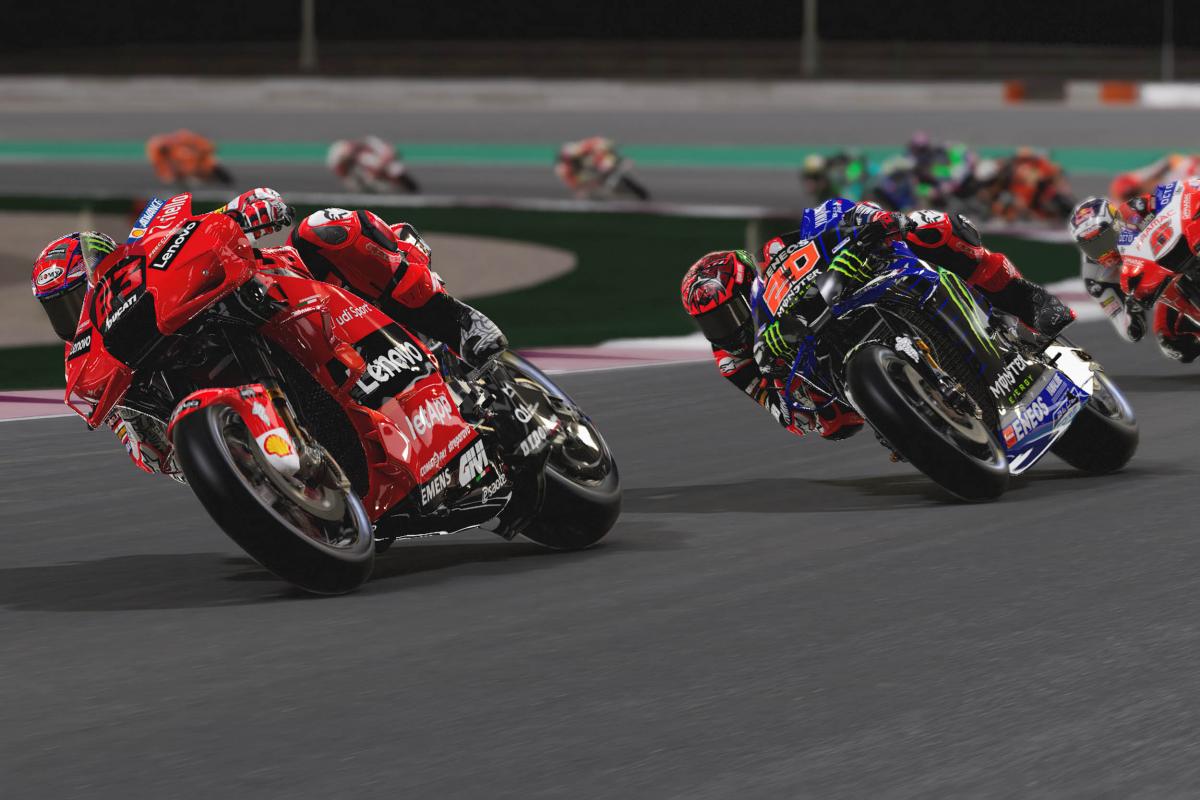 The game continues the franchise’s legacy with exciting new features. (NEW) Season 2009 is an all-new game mode that lets you relive one of the most spectacular seasons in MotoGP™ history. You will be able to enjoy a real docu-film narrated by Mark Neale, director of the best MotoGP™ documentaries, with more than 50 minutes of original images from the 2009 season. But you will not be a simple spectator! Indeed, the outcome of the race will be in your hands through challenges in order to experience the most significant moments in your own way. Make history by embodying legendary pilots such as Valentino Rossi, Dani Pedrosa, Casey Stoner or Jorge Lorenzo!

This year, new features will be available for beginners or those who simply want to improve their style and master their machine to perfection. Thanks to Tutorial and the new MotoGP™ Academyeveryone can be a champion!

the Tutorial is a series of short game sequences with personalized rules, to help new players understand the basics and gain confidence on the bike. The new MotoGP™ Academy allows you to perfect your driving style to be faster on each circuit, thanks to specific challenges focusing on electronics, tire consumption, brake temperature and the fundamental differences between the three main categories.

In addition to that, the adaptive difficulty system will be there to help you via in-game pop-up messages, suggesting how to adapt and change the difficulty level according to your skills. For example, the game may recommend that you lower the difficulty if you do not complete certain challenges, activate aids in the event of too many falls, or even offer you to complete the tire consumption tutorial if you complete a race with very worn tires. These tips will appear at the end of the GP and it is up to you to follow them or not.

MotoGP™22 also includes the full 2022 season with all official content, including more than 120 pilots and more than 20 circuits. What’s more, no less than 70 historical riders and motorcycles are available to relive all the emotions of the legends of MotoGP™.

the Career Mode is back, allowing you to create your own team or join one by managing every aspect of strategy, from bike development to dedicated rider staff. You can also customize the season, choosing which Grands Prix you want to contest from a set of calendars offered.

For the first time in the series’ history, MotoGP™22 offers the two-player local split-screen mode*, online multiplayer and the cross-play through the consoles of the same family.

Watch the races Live or OnDemand, and enjoy with the VideoPassall motogp.com content, whether it’s interviews, technical subjects… or historic events.