Motorola has plans for the immediate future with a very suggestive name like Capri. The Mediterranean island looks like will name the new series of Motorola phones this was already seen at the beginning of December during his visit to the FCC and which would accompany the Motorola Nio that we already know. A family whose specifications of the Motorola Capri Plus have been disclosed along with those of the more basic, Motorola Capri “fair”.

And again, the FCC is a wealth of information by allowing us to know, before it goes on the market, some of the data regarding new phones, in this case of Motorola. A Capri Plus and also a Motorola Capri which would compete in the mid-range and whose features such as RAM or the processor used among others have been revealed. And the most striking is that it passes the certification with the code name Lenovo XT2129-3 and XT 2127-1.

More competition in the mid-range 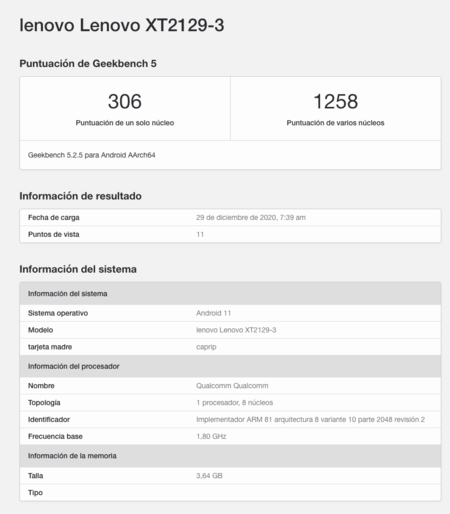 With the data on the table, this Motorola Capri Plus, I would choose to mount the processor inside Qualcomm Snapdragon 662, an SoC which is supported in its operation by 4 Go of RAM and that if nothing changes, it would come with the Adreno 610 GPU and with Android 11 as its operating system.

With these numbers, the Capri Plus sees its performance reflected in the tests it undergoes in Geekbench, scoring 306 points in the single-core test and 1258 points in the multi-core test.

Here are the figures obtained from their visit to the FCC, some numbers to which can be added specifications which are given in the German media Technik News. This is a display that can operate at 90Hz with HD + resolution.

Additionally, and although the FCC refers to 4 GB of RAM, they mention here that it will also offer 6 GB of RAM with either 64 GB or 128 GB storage options. If so, we can. meet two storage capacities based on selected RAM.

When it comes to photography, they speak of a four camera configuration divided into 64MP main sensor, 8MP ultra-wide sensor, 2MP depth sensor and 2MP macro sensor. With them, a 13MP front camera for selfies and video calls. Also, it would use a 5000mAh battery with 20W fast charging support. 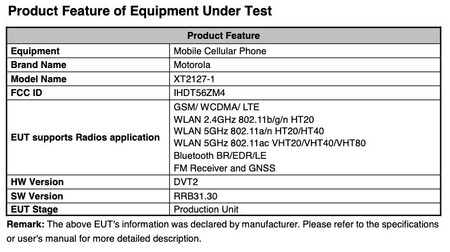 In addition, there are also references to a simpler model. A Motorola Capri which would lose the name Plus and which would have a Qualcomm Snapdragon 460 SoC processor, 4 GB of RAM and 64 GB of internal storage and an Adreno 410 GPU.

With the development name XT 2127-1 / XT 2127-2, this model would opt for an HD display with a teardrop notch and a four camera configuration with 48MP main camera, 8MP ultra-wide camera, 2MP macro, and 2MP depth camera. The phone that would use a 5000mAh battery with 10W support.

For now, it would be the first Motorola phones we hear from 2021 and they would join the Motorola Nio that we already know.

Home News The Motorola Capri Plus goes through the FCC, unveiling a Snapdragon 662 processor, 4 GB of RAM and Android 11