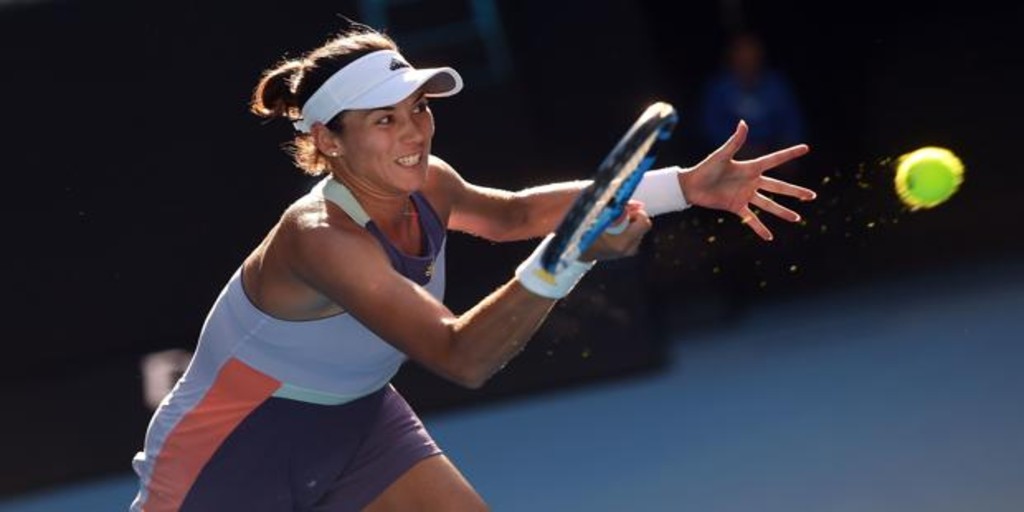 The only smile of Garbiñe Muguruza in the six victories he has already been in Melbourne came in the first round, with the body at the limit because a viral process (he had a fever of 39 the week before, in Hobart) left him sheltered. He had lost the first set against Shelby Rogers in a bad way, a 6-0 against which he did not invite to think of anything good, but the Spanish, from adversity, has grown to stand in the Australian Open final, a great result beyond the outcome that confirms the rebirth of a champion who was dangerously lost along the way. After two stormy courses, the bad faces and skids being much more abundant than the joys of his unquestionable level, Muguruza is released from his ghosts and has his third Grand Slam shot, which would also make him the first Spanish in triumphing in the antipodes. Sofia Kenin, a 21-year-old American, number 15 of the WTA, is the last door (tomorrow, 9.30 am, Eurosport and ABC.es) before settling in paradise.

The awakening of the Caracas has arrived earlier than expected, because when he understood that finally his stage with Sam Sumyk had ended and he began to work with Conchita Martínez they drew a route that ventured celebrations in the middle of the year, with Roland Garros as the main objective . Actually, there were not many reasons to think of such a good start to the course by Muguruza (semifinals in Shenzhen, leaving in Hobart quarters for that virus and now, at least, the Australian final), and his own Environment admits some surprise when they see this dizzying evolution. Because Muguruza, which tennis has always had, had lost part of the essence that took it to the top of the world in 2017, betrayed by its facial expression, its fuss and its objectionable forms. To put it somehow, he got used to living in defeat and even gave the feeling that he didn’t seem to care. Until he saw the light and said enough.

Amazing solidity
Although it sounds opportunistic, the Muguruza of before would never have defeated Simona Halep, she may be the most complete and regular player on the circuit. The Romanian, three from the world, also with two big ones in her backpack, traveled through Melbourne without frights until yesterday’s fight, which was held in extreme conditions. At 39 degrees, Muguruza and Halep were emptied to sticks with impressive intensity, finally resolved the game by details and also by head. The pleasant surprise is that Muguruza’s worked better, saving up to four set balls in the first set and was able to recover in the second when his opponent took 5-4 to force a third sleeve. “If I played like this every day, I would probably be number one,” said Halep, who came to destroy the racket by confirming the solidity of a Muguruza that looks like another. It really looks like what it was. With 26 years, he is back.

«I played against several of the top 10 in a row and won (Svitolina, Bertens and Halep). It is definitely a sign that my tennis is fine, so I am happy to have one more game to play, ”Muguruza explained to the media without giving himself an excess of more, short in his speech and straight to the point. When closing the triumph, which allows him to ascend, at least, to the 16th place of the WTA (now it is 32 and it will be 12 if he raises the trophy), he did not explode in a shout, nor in a jump, nor in a « Come on!”. Muguruza, three years after his last final in a Grand Slam (Wimbledon 207), regains his status in a big way and will be the seventh Spanish racket that reaches the final in Melbourne (formerly Joan Gisbert, Andrés Gimeno, Arantxa Sánchez Vicario, Conchita Martínez, Carlos Moyá and Rafael Nadal). He has a shot and has earned it. .