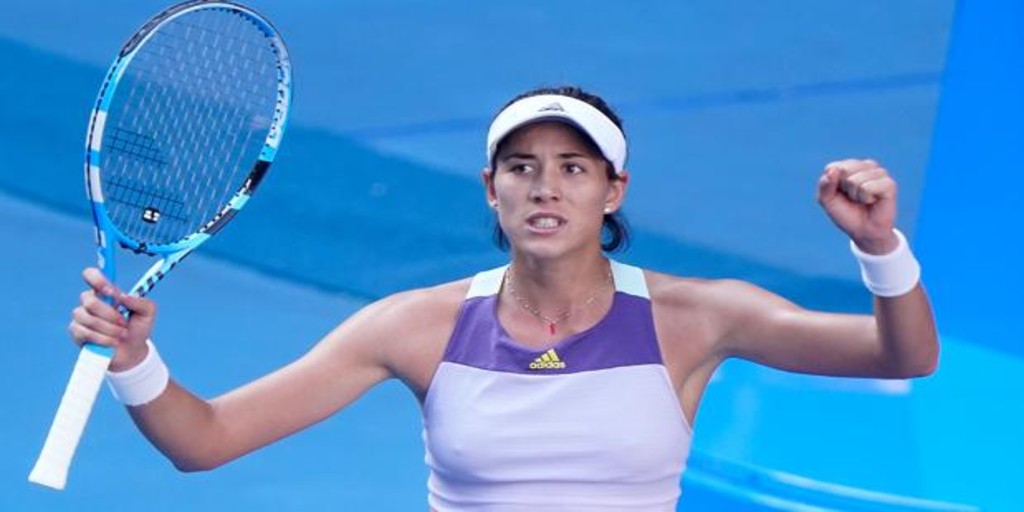 Ever since 2012 presented to the planet tennis by embracing it in Miami, Garbiñe Muguruza has been in charge of feeding the illusions of women’s tennis. Suddenly, an atypical Spanish shone up to 182 centimeters, a powerful body and a style that comes out of the national prototype. Unique and delighted to be, because we are facing a flirtatious and pleased person when he is the protagonist of the good news.

Muguruza was born in Caracas, Venezuela, on October 8, 1993. He is a Basque father and had his moments of doubt when choosing nationality, a complicated decision that he resolved in late 2014 opting for Spain, whom he defended in the Cpa Federation and the Rio Games.

He began playing at the age of three with his brothers in Venezuela and gave continuity to his training when he arrived in Spain with six years. He is passionate about sports, but he also has fun in the kitchen, a sweet tooth that has to stop himself in front of sweets in order not to commit excesses. In addition, he is a music lover and they say from his surroundings that he knows a barbarity of music without opting for a specific style.

Although there are also some other topics in his answer manual, forgivable because sometimes the sport does not offer very original answers, Muguruza always seeks to leave a phrase, go beyond the rules established before the microphones. «I want to break a bit with that concept, with wanting to look good. Tennis has too much of that, there are many profiles. I am a little rebellious, although it goes with age, ”he admitted in 2015, just after reaching his first Grand Slam final in Wimbledon. That title escaped before Serena Williams, unattainable in those days, but the experience served to realize that she could reach the top.

See Also:  Giannis Antetokounmpo does not have a home court, players have to train with what they have

The following year he did not fail and achieved the crown at Roland Garros, again before Serena. She was the first Spanish to win in Paris in 18 years, since Arantxa Sánchez Vicario did it.

He ascended to world number 2 and entered the always diffuse elite of women’s tennis. A year later, I repeated the final at Wimbledon, confirming that she is a multi-surface tennis player. His victory against Venus Williams 7-5, 6-0 led her to the top, number one.

From there, however, the mind began to put too much pressure on the player. The bad results arrived, the decline in the ranking and a spiral of anger on the track became increasingly dangerous. Muguruza was obliged to rectify.

After a blank 2019, in which he spent more than 100 days without winning a single game, the return of Conchita Martínez to the Muguruza bench became official. The 1992 Wimbledon champion had already worked with the Basque in a timely manner in the Grand Slam of grass of 2017 and in some tournaments of 2018. Now she was returning as main coach to try to calm a fallen tennis player to the 35th world.

«I needed a new point of view, to start a new cycle. A very successful one was closed and in this I hope to be where I was again, ”Muguruza herself acknowledged this December in an ABC interview. The beginning cannot be more hopeful. Finalist in the first Grand Slam of the year, one of the great goals he had when he decided to reset. .