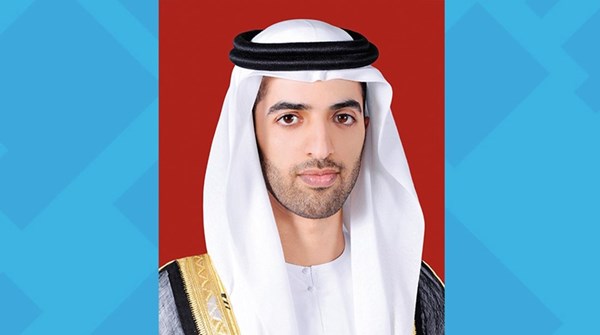 His Highness Sheikh Mohammed bin Saud bin Saqr Al Qasimi, Crown Prince of Ras Al Khaimah and Chairman of the Executive Council, affirmed that investing in youth and activating their role in the development and construction process for the next fifty years comes at the top of the priorities of the country’s wise leadership, by strengthening their leadership spirit and developing their creative and innovative skills. And enabling them to participate in decision-making, and developing policies and development strategy.
On the occasion of the formation of the Ras Al Khaimah Youth Council, His Highness said that young people are the makers of the future and the true bet of the homeland to achieve the aspirations of the leadership and the aspirations of the people and to face the future challenges posed by global changes, based on the belief of His Highness Sheikh Khalifa bin Zayed Al Nahyan, President of the State, “may God protect him” and his brother His Highness His Highness Sheikh Mohammed bin Rashid Al Maktoum, Vice President and Prime Minister and Ruler of Dubai, “may God protect him” and His Highness Sheikh Mohammed bin Zayed Al Nahyan, Crown Prince of Abu Dhabi and Deputy Supreme Commander of the Armed Forces, and their Highnesses Rulers of the Emirates, with the role of youth and their ability to assume national responsibility efficiently and with weapons. Science, knowledge and technology.
His Highness added: “The Emirati youth have recently made exceptional achievements that have attracted the attention of the world, and have proven that the UAE is an inspiring model in achieving the impossible and creating the future, and among the most important of these achievements is the success of the“ Hope Probe ”as the first Arab and Islamic probe to reach Mars with Emirati arms and operate a station. Barakah »the first peaceful nuclear power plant in the Arab world, as well as achieving development leaps in various fields in the economy, education, infrastructure, health and media, which strengthened the position of the UAE and its leadership on the international map, and placed our country in the ranks of developed countries.
His Highness said: The approach and principles of the founding father, Sheikh Zayed bin Sultan Al Nahyan, may God rest his soul, and the values ​​of tolerance, generosity and coexistence that he instilled in the UAE society were founded upon by the Emirati youth, who today hold many leadership positions in state institutions, and with the leadership’s support, he paints the features of the country’s future for the fifty The next year in various vital sectors, to be a unique global model that creates the future and does not await it, and it is our message to the whole world, stressing the importance of motivating young people and investing in their energies to be a main pillar in the process of nation building and progress

In her turn, Her Excellency Shamma bint Suhail Al Mazrouei, Minister of State for Youth Affairs, said: “The youth councils are an actual translation of the directives of the wise leadership to involve young people in the process of sustainable development and create a better future for future generations. Our societies and the progress of our homeland ».
Her Excellency continued: “We are always keen to provide these councils with new competencies and talents who have different ideas for innovative initiatives and programs that contribute to the continuation of our achievements in empowering young people, and also to achieving a qualitative leap in the process of working with youth in the UAE, and the formation of the Ras Al Khaimah Council is in line with For youth, with our efforts and our keenness to activate the role of youth in the process of development and development in the UAE, and to motivate them to present their innovative visions, through which we seek to explore new opportunities to achieve the UAE leadership in all fields in the future.
On this occasion, Dr. Muhammad Abdullatif Khalifa, Secretary General of the Executive Council in the Emirate of Ras Al Khaimah said: “The fourth industrial revolution, rapid technological transformations, and the societal changes it produces require distinctive youth mindsets and capabilities that hold the reins of digital technology and deal effectively with the enormity of data and the density of information, to sculpt With its innovations and open-minded makeup, a new reality is elevating the UAE to the highest peaks. ”

Making a bright future
Saeed Al Nazri, Director General of the Federal Youth Foundation, said: “In continuation of our efforts to translate the directives of the wise leadership to empower youth, and its keenness to involve them and benefit from their energies to create a bright future, the formation of the Ras Al Khaimah Youth Council is part of our constant endeavor to enhance youth participation in achieving sustainable development by utilizing the energies of , And new youth ideas that support our march in building the personality of Emirati youth, and play their role in serving his society and advancing his country.