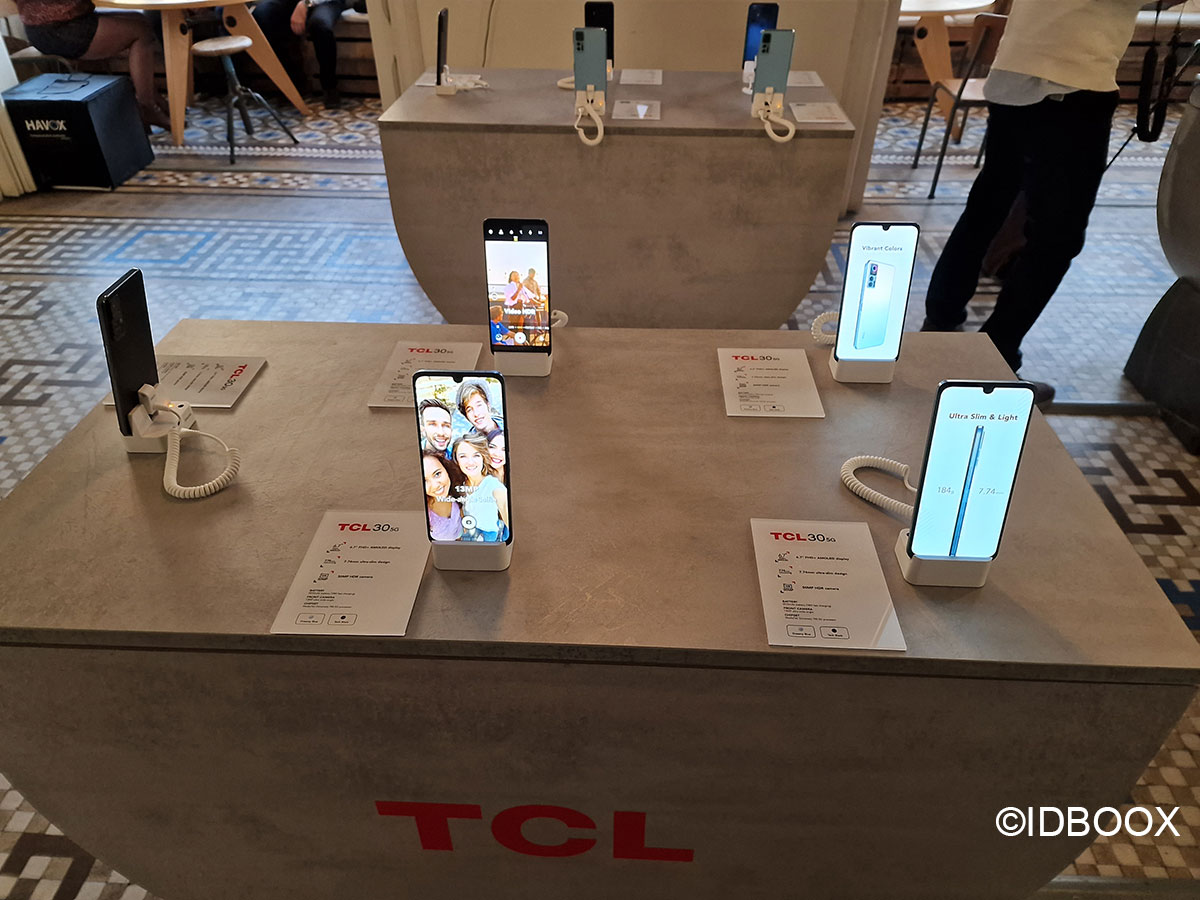 TCL is present at MWC 2022. The company arrives with arms loaded with smartphones and tablets with the TCL 30 and TCL Tab 10S and Tab Pro.

TCL doesn’t have a booth this year at MWC 2022 but that doesn’t mean the company isn’t present. Like almost every year, TCL demonstrates its new products in a showroom outside the show.

TCL 30 – A rain of smartphones at low prices

The company did not come empty-handed. It presents many new features that enhance its screens. We start with smartphones.

The TCL 30 series has no less than six models at affordable prices. The TCL 30, TCL 30+ and TCL 30SE are available in March in Europe. For France, it is necessary to add 20€ compared to the prices indicated below on the photo. The 30E is not available in France.

2022 will also be the year of tablets for the manufacturer. The screen specialist unveils several tablets of different formats.

The NXTPaperMax 10s is equipped with a screen that mimics the feel of paper. It is planned in Europe. It is newer than the NTXPaperMax 10 intended only for Asia.

We will make you discover it later in a demo video. She is impressive. It looks like a color reading light only better!

The TCL Tab 10 HD is already available in Europe for around €179.

The company is thinking even bigger with the TCL Tab Pro 12 5G. It has a 12 inch screen. It is the first panel of this size designed by TCL for a portable device.

Accompanied by a detachable keyboard, it is rather productivity-oriented. The TCL Tab Pro 12 5G tablet doesn’t yet have a release date, or even a price.

We slip you a last word on the glasses TCL NXTWearAir. These are not VR or AR glasses but glasses that work as a second screen. They are plug & play and they project any content.

They incorporate two MicroLED screens with a resolution of 1080P. This corresponds to a 140-inch screen viewed from a distance of just over three meters. They weigh only 75g.

TCL has other surprises in store for you, but it’s not for now. We will tell you about it in another article.

KAC and Bozen go into the new edition of last year’s finals – Hockey-News.info