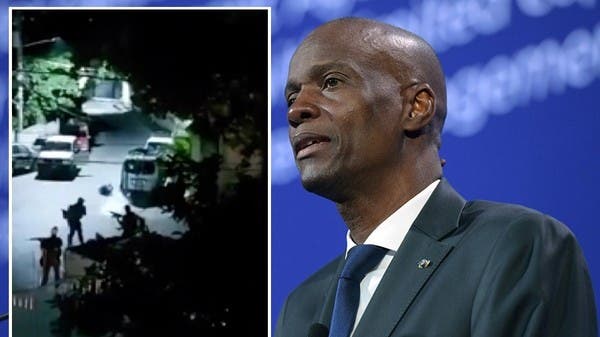 Before his assassination in his home overlooking the capital, the President of Haiti, Jovenel Moise, called the police chief and an officer of the tactical force by phone, and it was half past one in the morning of July 7, and he asked the first to move quickly to repel the attack on him, and told him: “I need your help now. My life is in danger.” Come save me (..) They’re shooting near the house. Rally the people.” He repeated the same thing when he called the officer, according to an American newspaper, which obtained a recording of the phone calls at the home of the slain 53-year-old president.

Seconds of silence followed Jovenel Moyes’ call to the officer, “and then the sound of a powerful shot from an assault rifle appeared in the recording,” perhaps while he was communicating with a third person, according to what Al Arabiya.net concluded, from what the Miami Herald reported yesterday, Monday, about the officer who asked his men to get in their cars and speed up. To the presidential house, “where the shooting started at the house 4 minutes before the first call,” according to eyewitnesses and hearing from residents of the area.

When the police arrived at the house, they found the president lying on the back, covered with his shed blood in his bedroom (not in his office, as was stated in a previous narration) and found in his body the effects of 12 bullets in the forehead, chest, hip and abdomen “as his left eye was gouged out, a practice associated with sorcery.” , to prevent the dead man from seeing you from the other world,” according to the officer, who asked the newspaper to remain anonymous, while we find more information in the video presented above.

Who is the mastermind?

The president’s wife, Martin, 47, was hit by a non-lethal bullet, and they transferred her on the same day to a hospital in Florida, USA, where his doctors treated her, and she returned to Haiti “with an arm sling and a bulletproof vest” upon her arrival at Port-au-Prince airport last Sunday.

As for the murderers of the president, who will be buried next Friday to his final resting place in the most important city in northern Haiti, Cap-Haitien, famous for the nickname “Paris of the Antilles” in the Caribbean Sea, it turns out that they are 28 mercenaries, including two Americans of Haitian origin who were arrested, and the rest 26 Colombia. Most of them are ex-militaries, the police killed 3 and arrested 18 of them, and 5 others are still on the run. The puzzling question still continues: Why did they kill a president whose term is about to expire, and who is the mastermind?