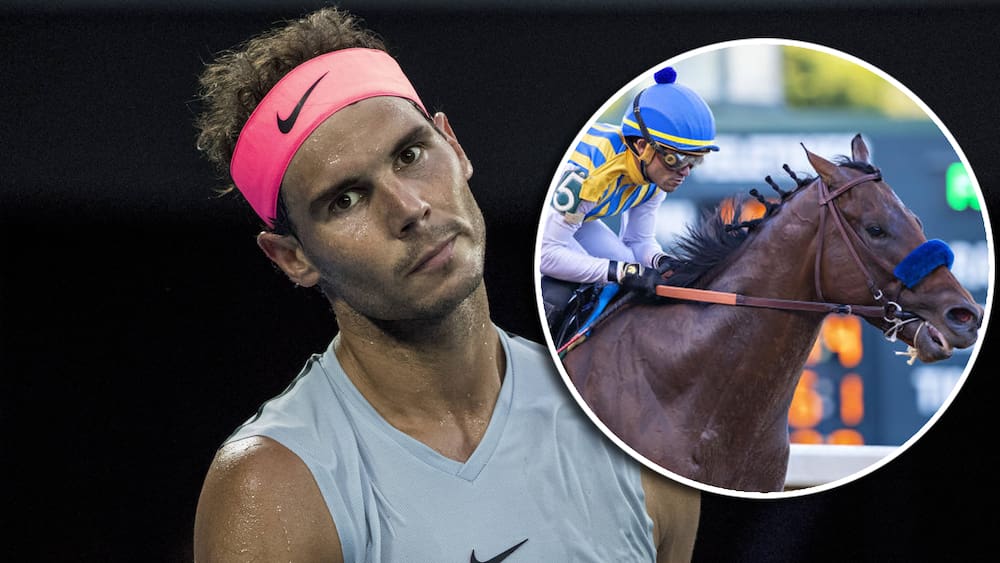 The heart of the tennis world stopped for a moment when the news went around the world: Nadal is stepping down! The reactions? From panicked to hysterical. The mood calmed down only when it quickly became clear when reading on that it wasn’t Rafael Nadal (33), world number 2, but a namesake.

The racehorse Nadal. A fracture in the left front leg ends the promising career of the 3-year-old stallion far too early! Because so far Nadal was unbeaten, in 2020 he easily won at all four starts. It’s about the same as if Sand King Rafael Nadal had to resign two years ago after breaking the old record of US legend John McEnroe with 50 consecutive set wins on sand.

Stallion Nadal would have had a great future ahead of him, was even considered a favorite for the legendary Kentucky derby. But half a training mile on Thursday at the Santa Anita Park racetrack in Arcadia, California – under the eyes of coach icon Bob Baffert (67) – sealed the fate of the horse. Nadal had to be operated on, the fracture was fixed with two screws.

«Of course it’s very sad. I received the call immediately. It’s a call you never want to get in horse racing, »says co-owner George Bolton and announces that from now on Nadal will be used as a stallion. «He is retiring unbeaten. And thank goodness for a retirement where he will recover from his injury. He gave us four great races. » From now on maybe great offspring.