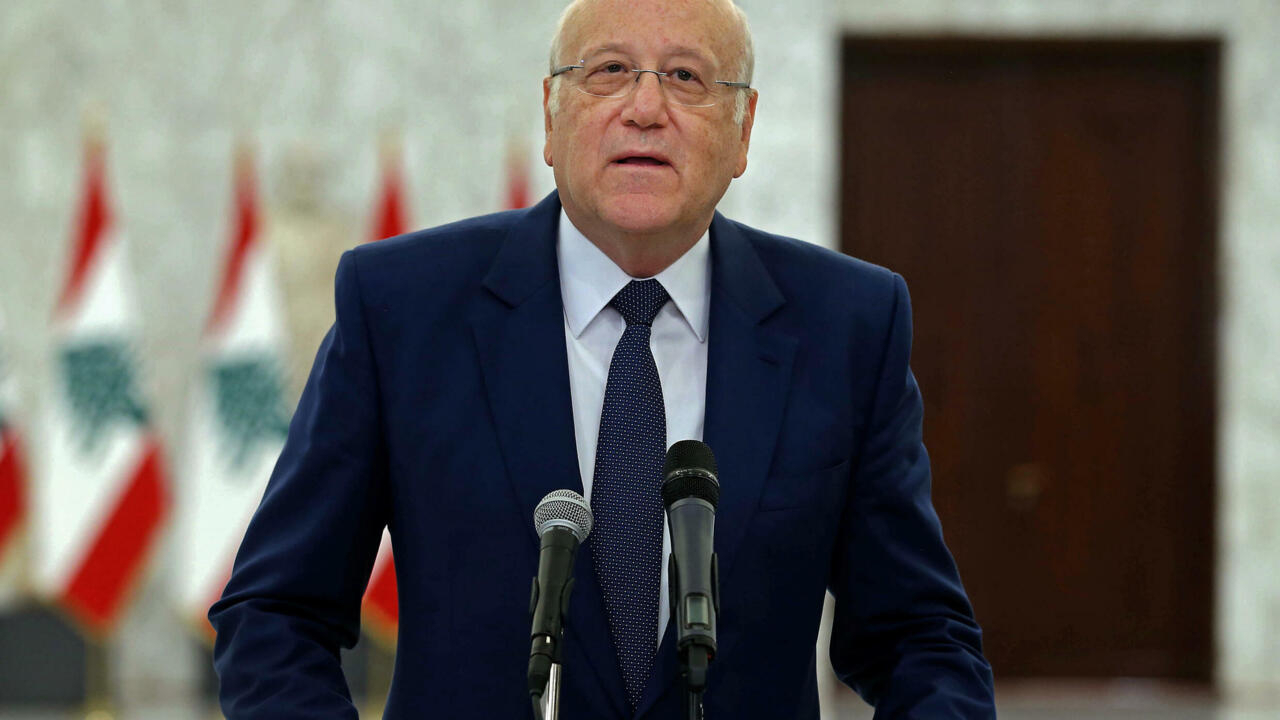 In the midst of an unprecedented economic crisis in the country’s history, Lebanese Prime Minister-designate Najib Mikati on Tuesday began consultations with the parliamentary blocs with the aim of forming a new government “as soon as possible. The name of Mikati, a wealthy businessman who headed two governments in the past, is usually put forward as a consensual candidate To get out of the deadlock resulting from the political differences in the country.

At the conclusion of a long day of consultations with the parliamentary blocs, the Prime Minister promised Lebanese taxpayer Najib Mikati Tuesday to form a new government as soon as possible in a country witnessing economic collapse Unprecedented.

The name of Mikati, a wealthy businessman who headed two governments in the past, is often put forward as a compromise candidate to break the deadlock resulting from political differences in the country. Today, Aoun has become the third person assigned to form a government after the resignation of Hassan Diab’s government, following the horrific explosion in the port of Beirut on August 4, 2020, which killed more than two hundred people and wounded more than 6,500.

Since the explosion, international pressures on the political class, especially France, have not succeeded in accelerating the birth of a government that the international community requires that it include specialists and accept radical reforms in return for providing financial support to Lebanon.

At the conclusion of the consultations day, Mikati confirmed that he wanted to intensify his meetings with the President of the Republic “in order to reach the formation of a government as soon as possible.”

He added, “There was unanimity from all the blocs and representatives on the need to expedite the process of forming the new government (…), especially in these difficult circumstances in which the obvious rights became the priority of the citizen’s demands, which is a decent life, access to electricity, fuel, medicine and a loaf of bread.”

The formation of governments in Lebanon often takes many months due to political divisions. But the economic collapse, exacerbated by the port explosion and the outbreak of the Corona virus, are factors that make its formation an urgent matter.

In Washington, US State Department spokeswoman Galina Porter told reporters Tuesday, “The United States renews its calls for the formation of an effective government, and a government that is also committed to carrying out basic reforms” in Lebanon.

And in the middle of this month, former Prime Minister Saad Hariri announced his apology for not forming a new government nine months after his assignment, after sharp political differences with the President of the Republic prevented him from completing the task. Hariri and Aoun have spent the past months exchanging accusations of obstruction due to the dispute over quotas, the nomination of ministers and the form of the government.

Before Hariri, Ambassador Mustafa Adib, who was assigned to form the government at the end of August, apologized for completing the task due to differences between the political forces.

Not many are optimistic about assigning Mikati, especially since he is considered part of the political class that demanded huge demonstrations in 2019 to bring down, and his name is linked to corruption cases.

It is not yet clear whether Mikati will have political facilities. Local media reports had reported that Mikati had set a one-month deadline to form the government, after he had asked for international and internal support, especially from Hezbollah, Aoun’s ally.

During the consultations, the head of Hezbollah’s parliamentary bloc, which named Mikati, Muhammad Raad, said that “what is required to speed up the composition and cooperate with everyone in this direction,” while Gibran Bassil, head of the Free Patriotic Movement bloc led by Aoun, announced that his party will not participate in the government or the formation process. .

The distribution of quotas and the conditions set by Aoun constituted a major obstacle that Hariri’s efforts encountered during the past months. The two officials have spent the past months exchanging accusations about the delay in forming a government.

Following his assignment on Monday, Mikati said, “I know it is a difficult step…but I have been studying the issue for a while. If I had not had the required external guarantees, and it was time for someone to be at the forefront of this issue to limit the fire, I would not have taken this matter.”

He added, “I do not own a magic wand alone, and I cannot perform miracles. We are in a difficult situation.”

The Deputy Speaker of the House of Representatives, Elie Ferzli, explained, during consultations on Tuesday, that “the principle and specifications of the government will be from specialists.”

Speaking to An-Nahar newspaper on Monday evening, Mikati said, “It is not possible today to form a techno-political government.” The organizational and laws necessary to implement the French initiative” that was put forward by Paris a year ago and aims to form a government capable of implementing reforms.

On Tuesday, the local newspaper Al-Akhbar reported “positive messages” between Mikati and Aoun. It quoted that Mikati confirms that his priorities are to ensure the security of “medicine, fuel and electricity.”

For weeks, the country, whose population has fallen below the poverty line, has been witnessing a fuel crisis, a shortage of medicine, and severe electricity rationing of up to 22 hours. The public and private sectors and utilities are gradually raising their voices, calling for their support to strengthen the provision of services.

And after his assignment, I repeated France, which waved with the European Union to impose sanctions on those responsible for political procrastination, its call to speed up the formation of a government “efficient and able to implement reforms.”