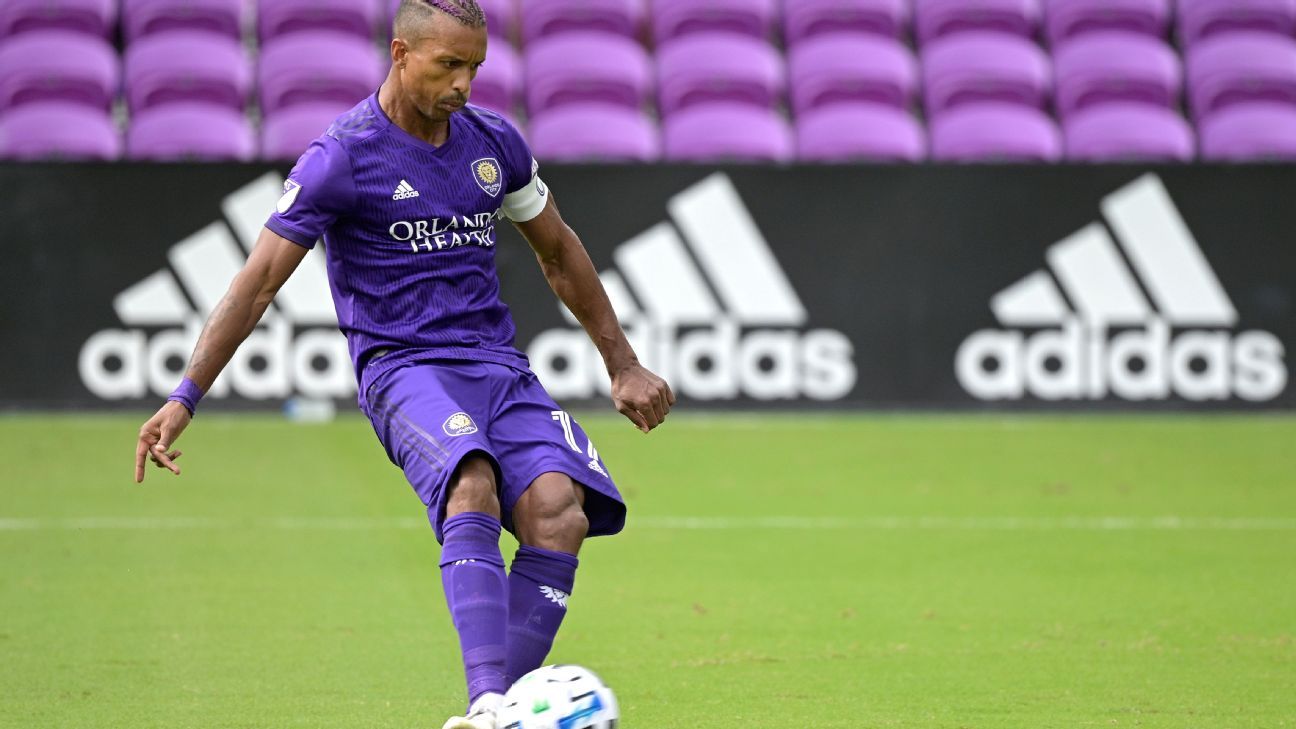 Orlando City SC was eliminated in the semifinals of the Eastern Conference, at home, at the hands of New England Revolution 1-3. According to his teammate Junior Urso, the star of the team, Luis Nani, cried at the defeat of the lions.

When the Orlando team was down 1-2 and with 10 men due to the expulsion of Mauricio Pereyra, an unbeatable opportunity presented itself for the home team. At minute 74 ‘a penalty was scored in favor of the lions, which would have meant a tie at 2. The captain and most experienced player took the ball to collect the maximum penalty, however, Nani missed his shot which was well saved by goalkeeper Matt Turner.

“I am happy for what this team has given me. They made me believe that I could win a league again, even at my age. That is why tonight it was so difficult to lose and the more I missed the penalty that allowed us to draw. We must take the best things of the season, the future will give us better days than today. We must continue together, even with 10 men we show that we are a team of great character, ”said Nani, a 34-year-old former Manchester United player.

The statistics were not in favor of Nani in terms of penalty charges. Since his arrival in Orlando for the 2019 season, the Portuguese midfielder has collected 9 penalties in regular time and scored 5. In the three most recent direct elimination scenarios, he has missed. In the summer during the MLS Is Back tournament, Nani failed in regulation time in the 4th finals against LAFC, but he vindicated himself in that same game by scoring his penalty charge that defined the key in that way. On the contrary, in the previous key of these playoffs against NYCFC, Nani opened the scoring just at minute 5 ‘from eleven steps, but failed to collect in the penalty shoot-out that defined the crossing. On Sunday, he failed again in the Eastern Conference semifinals.

“We were definitely hurt by the failure,” said Orlando coach Oscar Pareja. “We as coaches say that in that scenario we should have put someone else to charge. But Nani has shown the personality, has taken responsibility, we have trained and we have done it. There are always three people in charge of the collections. At that moment he did it, we gave him the responsibility. It’s something that now, of course, we think that maybe we could do differently due to statistics, but Nani had everyone’s confidence ”.

Despite the painful elimination, Orlando City sealed its best season. It was the first time in five years of history that they qualified for the postseason and also won a playoff game. It all happened in Oscar Pareja’s first year at the helm of the lions, who also led them to the final of the MLS Is Back tournament.