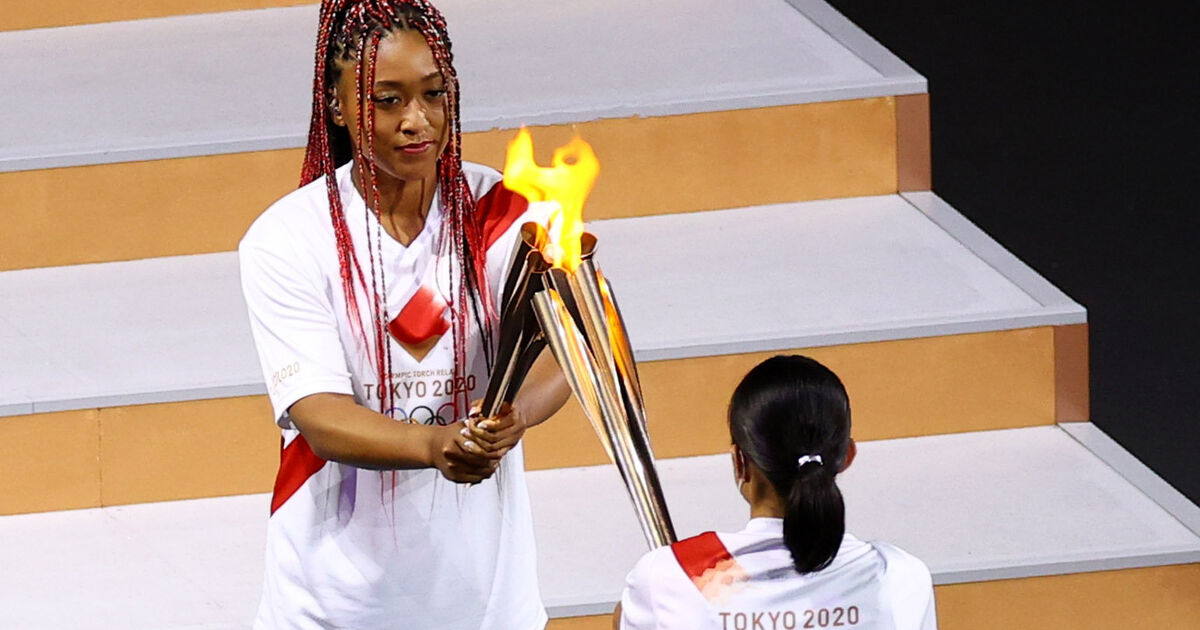 The Japanese, who had shown signs of weakness in the spring, quietly qualified for the knockout stages of the Olympic tournament.

Five small games left to his opponent and a place in eighth dropped. After a victorious first round on Sunday against the Chinese Zheng Saisai (52nd in the world), Naomi Osaka continued her journey to the Olympics without difficulty. On Monday, the world number 2 won in straight sets (6-3, 6-2) against the Swiss Viktorija Golubic.

After a break at the perfect time, at the end of the first set, the Japanese woman broke again twice at the start of the second set. Enough to complete the game in 1:07 and go into eighths. In an attempt to reach the quarterfinals, she will face the winner of the match between Czech Marketa Vondrousova (42nd) and Romanian Mihaela Buzarnescu (134th).

Friday, during the opening ceremony, the 23-year-old athlete, designated the last carrier of the Olympic flame, ignited the cauldron and symbolically launched the Games at home. “Without a doubt the greatest sporting success and the greatest honor that I will have in my life”, the tenniswoman wrote on Twitter. Quite a symbol, for the great favorite of the competition. The Japanese could offer in case of coronation a first gold medal in Japan, five years after the bronze won by Kei Nishikori in Rio. “It would mean a lot to me if I managed to win gold here but I am well aware that this is only the beginning”, expressed the player, shortly before the start of the competition.

Symbol of a comeback, too, for the one who has already won four Grand Slam titles, but who, in recent months, has withdrawn on several occasions to preserve her sanity. Last May, the Japanese threw in the towel during Roland Garros and refused to answer journalists’ questions during press conferences. A package repeated in June, before the start of Wimbledon, to, according to the player, arrive in Tokyo “At its best”.

“I’m here to have a good time”, the world number two tweeted on Monday after winning the second round. “I know that here there are the best players in the world, and it’s been a while since I played in competition, so I’m trying to take game after game, testified again the player, after his meeting. But at the end of the day, I’m just happy to be here. ”