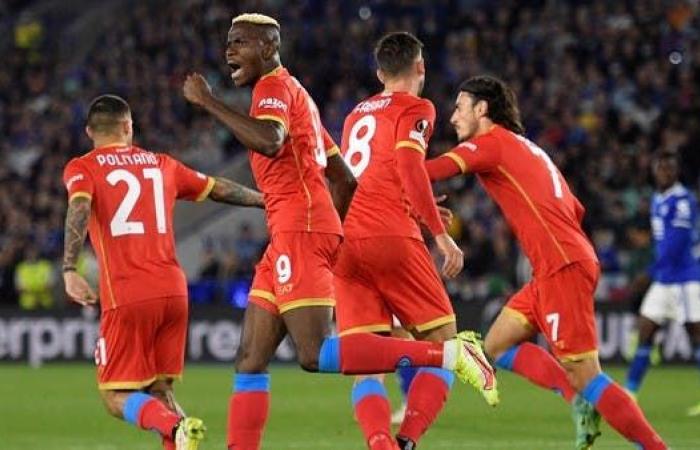 Napoli took the lead in the Italian football league after beating its host Udinese 4-0 during the match that brought them together on Monday in the fourth round of the competition.

Napoli raised its score to 12 points at the top of the standings, two points ahead of Inter Milan and Milan, and Udinese’s balance stopped at seven points in seventh place.