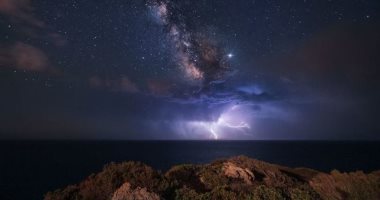 The US space agency, “NASA”, published an image that it said was of a spiral galaxy located 30 million light-years from Earth.

The Messier 96 galaxy is located within the constellation of Leo, and the spring season is the best time to view it.

Messier 96 is part of a group of galaxies known as the M96 group, the New York Post reported.

According to the American newspaper, Messier 96 is affected by the gravitational force caused by galaxies close to it, which may have caused its current shape.

It is worth noting that the size of “Messier 96” is identical to the Milky Way, and it also has huge amounts of dust deposits.

The truth was revealed with great shock.. This is the shot that exposed the fabrication of the Ramez Jalal program, and no one focused on it on the Ramez Movie Star program!!