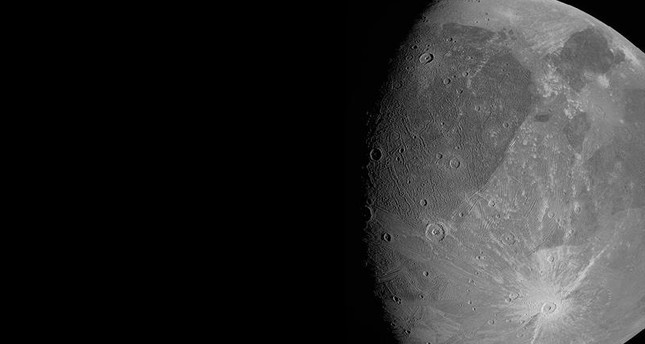 NASA has released the first images of Jupiter’s largest moon, taken by its Juno spacecraft.

And it stated in a statement issued by it that “Juno” approached the moon “Ganymede”, on June 7, at a distance of 1,038 km.

The last time a spacecraft got this close to the moon was in 2000, when the Galileo spacecraft smashed into our solar system’s largest moon.

She indicated that Juno captured two images of Ganymede, Jupiter’s largest moon, through two cameras installed on the spacecraft.

The images, which were published by “NASA” on its website, show the surface of “Ganymede” and the craters and lines on its surface in all its details.

Jupiter is said to have 79 moons, the largest of which is Ganymede.

The Juno spacecraft, launched by NASA in 2011, has continued its explorations in Jupiter’s orbit since it reached the planet in July 2016.