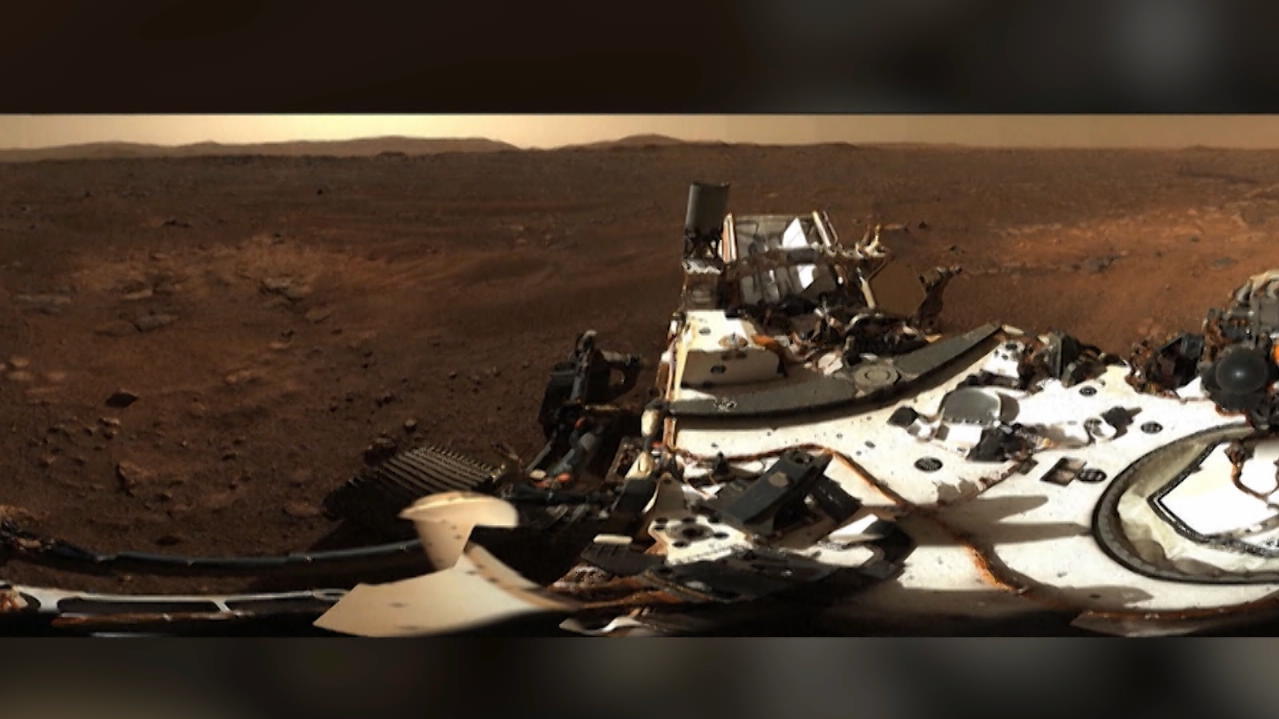 Panorama picture was created from 142 photos

To Sound recordings and has a video US-Rover “Perseverance” now sent a high-resolution panorama image from Mars. According to the US space agency Nasa, it was created on Sunday. To do this, the robot rotated a camera that was attached to a mast on its surface by 360 degrees. The panorama picture was created from 142 photos taken.

NASA: details from three to five millimeters can be recognized

According to NASA, the resolution is so high that details of only three to five millimeters can be seen near the rover. In the distance, details of two to three meters can be clearly seen. The picture shows, among other things, scree, hills and the horizon around the “Jezero Crater” – a dry lake with a diameter of about 45 kilometers. “Perseverance” (in German: stamina) is to investigate him in the next two years.

Nasa had previously released a recording. On it you can see: Spectacular video images from the “Perseverance” landing and the first sound recordings from the surface of the planet.

“Perseverance” searches for traces of microbial life on Mars

After about six months of flight time and 472 million flight kilometers, the 1,000 kilo Nasa rover landed on Mars last week. He will search for traces of earlier microbial life and research the climate and geology of the red planet. In addition, “Perseverance” will collect rock and soil samples and deposit them in canisters. The samples are to be collected by joint missions of NASA and the European space agency Esa and brought back to Earth within the next ten years.

Big crowds on the red planet

“Perseverance is the fifth rover that NASA has sent to Mars.” Curiosity “was last landed there in 2012. Overall, however, less than half of all Mars missions launched worldwide have so far been successful.