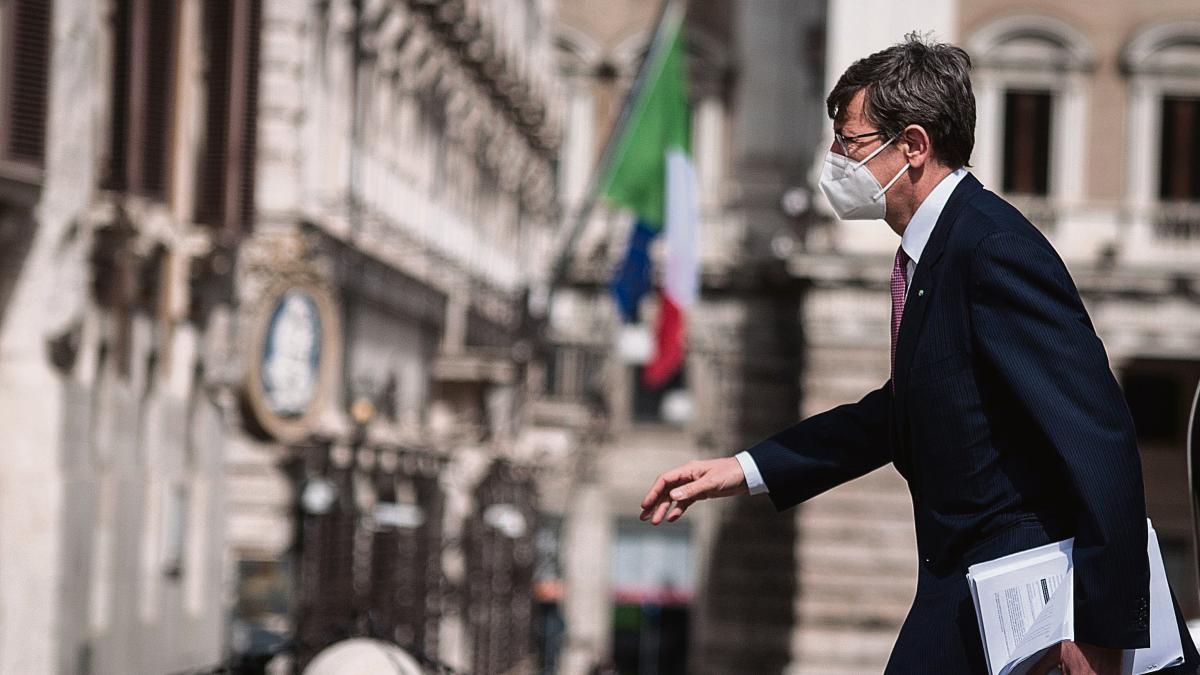 Man knows pretty well when the term “cloud” was first used as a metaphor for the future of data storage and thus for a future business model worth billions: That was on November 14, 1996 not in Silicon Valley, but in Houston, Texas, during a meeting of executives at multinational computer company Compaq. The Internet was only used commercially for a short time.

The latter company had recently bought a small start-up called NetCentric. It had foresightedly declared that the future of the Internet lies in the fact that one day applications and data will no longer only be stored on the users’ computers, but in the network itself. Like in a cloud that hovers over us: in other words, in a “cloud”.

This idea ended up in a 50-page presentation by a certain George Favaloro – and changed the world. However, this is not yet the case everywhere. For example in Italy’s authorities and offices. They are only just beginning to implement the possibilities of the cloud. It has to be said that it’s extremely late.

Because during normal internet users Constantly using the advantages of the cloud today without really being aware of it – if we save a photo on our smartphones, then we are already using this cloud – things look bleak for the Italian state administration and many companies based there.

Explained last Sunday the Italian minister for digitization, Vittorio Colao that 90 percent of the servers in the state administrations are out of date. It is not much different with the four and a half million small and medium-sized enterprises in Italy. And out of date means more expensive, inefficient and, above all, unsafe at the same time.

Italy is not protected enough from cyber attacks

The first two points should already make it clear that it is finally time to switch to the cloud. The third actually makes it extremely urgent. Because the latest form of Cyber-attacks consists of hijacking servers and all of the data they contain in order to then raise ransom demands in the millions. That’s exactly what the operator did in the US a few weeks ago der Colonial-Pipeline happens. Shortly thereafter, the Irish health system was the victim of a cyber attack, which led to exceptional situations in many hospitals. It is facts like these that have now accelerated the cloud setting in Italy.

By the end of 2022, Italy wants to have a system with which the data and servers of at least 180 state institutions can be secured. A first step, but in total there are over 22,000 such authorities waiting for a boost in digitization. First of all, only the most important and sensitive facilities come to the cloud.

Italy’s government plans to create a strategic national hub (PSN) to store the apps of all the country’s state administrations and the data of its citizens – a mega-project. But without the cloud, everything is just empty talk. A lot of conversations have already taken place.

In 2013, Agostino Ragosa, the director of the newly created Agency for a Digital Italy, declared that there was an urgent need to streamline data centers: there were eleven thousand, mostly obsolete, centers of this type, all separated from each other. That may seem banal, but it is a colossal waste, which leads to ineffectiveness and failures: If the data of the state administration can, however, conduct a “dialogue” with one another, one speaks of so-called interoperability, then they have a much greater value.

In 2016, Diego Piacentini from Seattle joined the project, a former vice president of Amazon who was supposed to get things started. Because Amazon belongs its cloud subsidiary AWS among the three major global providers of Cloud online storage in the world. AWS was founded in 2006, Google Cloud in 2008, then Microsoft Azure in 2010. These three giants are vying for global market shares, which in 2019 were worth more than 300 billion dollars. Since the pandemic, this amount is likely to have increased again.

In Italy a company called Tim as the first candidate for the creation of the hub. They entered into a strategic partnership with Google and then founded their own company called Noovle, in which they housed their data centers; these were then entrusted to the former head of Google Europe, Carlo D’Asaro Biondo. That means pole position, as one would say in Formula One.

But then other candidates also appeared: On May 13th, the partners Amazon and Fincantieri (which controls 71.6 percent of the Italian credit institution “Cassa Depositi e Prestiti”) came forward. Came on May 26th Microsoft and Leonardo, masters in defending against hacker attacks and cyber security (from 30 percent of the Ministry of Economic Affairs).

There are two founders for forming such alliances: first, technology. The best comes from the USA, and it would be nonsense to give it up because of its self-sufficient sovereignty. The second reason is political: In the US, there has been a law since 2018 that any American (or US-based) cloud provider obliged to surrender data stored on its server in the event of a request by the US judicial authority.

In response, France and Germany have Europe the Gaia-X project launched: It says whoever a cloud service wants to offer in EU countries, must do so in accordance with European regulations. Italy immediately followed suit.

A cooperation between several tech companies is under discussion

Minister Colao is now waiting for the companies to present him with a project. The tender is about the management of the strategic cloud (the so-called private cloud) for at least 10 years – without the individual institutions wanting to spend more than they do now, but getting better service. How this should work is still open.

The companies are currently examining whether they might join forces instead of competing with one another. The tech company Fastweg has just announced that it will also participate, and from Silicon Valley, Oracle has expressed interest in the cloud project. Anything can happen in Italy, hopefully not wasting any more time.

This interview first appeared in “La Repubblica”. Translated from Italian by Bettina Schneider.