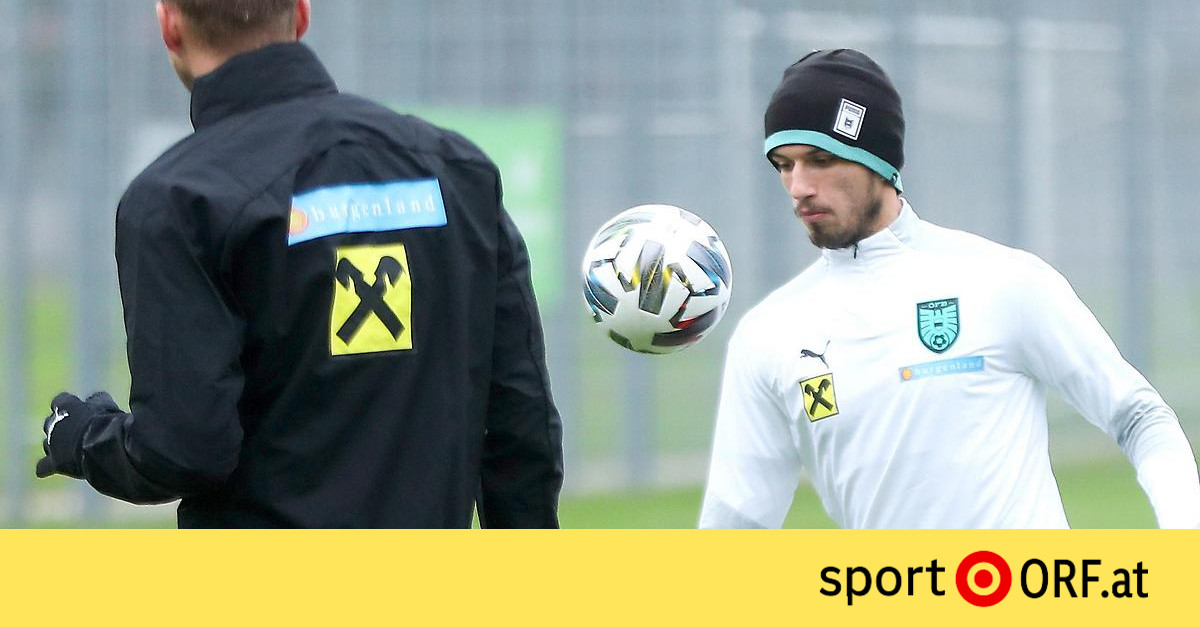 The originally nominated Norwegian team kickers were given a ten-day quarantine by the national health authority because of a positive coronavirus test by Galatasaray player Omar Elabdellaoui. Therefore, the away game against Romania planned for Sunday could not be played, the game should be rated 3-0 for the Romanians.

This in turn means that Austria has already finished first in a tie against the Norwegians three points behind. Even a 1-0 defeat would be enough for the top position due to the Austrians 2-1 in Oslo in September. Should the ÖFB team end up in first place, it would compete against the top nations in the next Nations League edition and would have a good chance of making it to the play-off in the event of failure in the World Cup qualification.

Austria’s national team will meet the Norwegian Notelf on Wednesday as part of the Nations League. Even with a draw, the ÖFB team can fix the group victory.

Team boss Franco Foda does not want to miss this opportunity. “We really want to win, regardless of which constellation Norway plays in. It is crucial that we perform like we did in Norway, ”explained the German.

Foda does not want to be influenced too much by the turbulence at the enemy. “For us nothing changes in the starting position. We always had the plan to win the game. We are favorites, so we have to perform accordingly. ”The upside-down selection of the Scandinavians should not be underestimated. “The newcomers all play an important role in their clubs, so it’s a good team,” said the 54-year-old.

Focus on your own team

Foda and his support staff were busy on Monday analyzing the current Norwegian team players and interim coach Leif Gunnar Smerud. According to Foda, the regular U21 supervisor mostly relies on a 4-4-2, but has also set up a 5-3-2 system.

According to the ÖFB trainer, the focus is on your own troops anyway. “We have to concentrate on the essentials, on our game. It’s a final game in which we have to invest everything again. Of course it’s an extraordinary match, but nonetheless we have a big goal in mind. Now we want to take the last step too. “

No lack of creativity

His team has won the last five games, but there has been repeated criticism recently, including after the uninspired 2-1 win against Northern Ireland on Sunday. In this context, Foda again pointed out that it is not easy to shine against a deeply standing opponent. “Attacking football is always the hardest part, defending is a little easier.”

The coach sees no lack of creativity in the offensive game of the ÖFB team. “We also know we can play better, but we must also remember that we have scored five goals in the last two games,” said Foda. After six wins from the previous seven international matches, his team is the most successful national team in Europe this year according to the point average. The real acid test will not come until 2021 with World Cup qualification and the EM.

Norway’s interim team boss Leif Gunnar Smerud is well aware of the starting position. “The Austrians are the big favorites, they have a lot of experience,” said the regular U21 coach. Despite the recent turbulence, Smerud speculates with a surprise. “The Austrians are playing against a hungry team, we’ll see what happens. Everyone who plays with us will try to take their chance, ”said Smerud.

The coach did not provide any information about the line-up and only revealed that Mats Möller Dähli will act as captain. The Genk legionnaire was also confident. “We are outsiders, but we have a lot of exciting players with us. If we can stage them well, we’ll see how it goes, ”said the midfielder. In any case, “enthusiasm” could be felt within the short-term roster, said Möller Dähli.