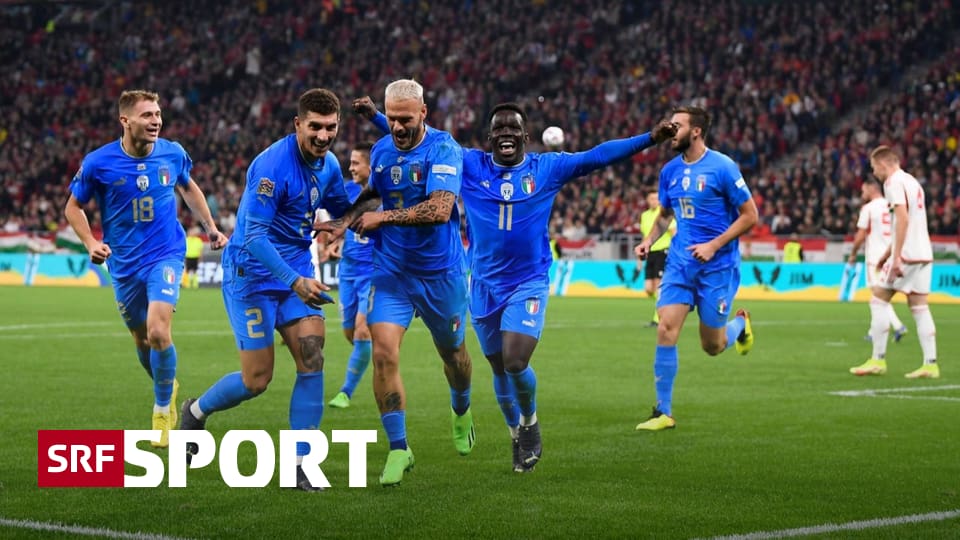 The preliminary decision in an attractive game between Hungary and Italy was made immediately after the break. Hungary, who would have had 1 point to win their group, missed the 1-1 equalizer four times in an unbelievable scene: Within seconds, Gianluigi Donnarumma made three miraculous saves, once defender Giovanni Di Lorenzo blocked a shot.

Practically on the counterattack, Federico Dimarco increased the score to 2-0 for the guests. Hungary were undeterred, but Donnarumma – the best man on the pitch – kept his side in the lead with more brilliant saves.

Italy had deservedly taken the lead in the 27th minute of the first half. Giacomo Raspadori benefited from a structural mistake made by the home team. Ex-FCZ player Wilfried Gnonto, who was substituted after an hour, had anticipated a return and was therefore a major contributor to the goal.

For Captain Adam Szalai it was the last appearance in the dress of Hungary. The FC Basel player announced his retirement from the national team a few days ago. Szalai has won 86 caps and scored 26 goals since his debut in 2009.

The final tournament with the 4 group winners will take place from June 14th to 18th, 2023. The venue will be in one of the 4 qualifying nations. Croatia and the Netherlands had qualified ahead of Italy. Portugal and Spain make up the last place on Tuesday in the “Swiss group”.

In the classic between England and Germany, it was all about fame and glory – and getting a good feeling for the World Cup in Qatar. England had already been relegated before the final group game, Germany no longer had a chance of getting first place.

After the break there was a lot going on at Wembley. England, who had been the better team in the 1st half, found themselves trailing 0-2 within 5 minutes. Ilkay Gündogan put Germany in front with a penalty (62nd), Kai Havertz doubled it with a wonderful flick.

Then England had a magical 11 minutes and turned the game around completely through Luke Shaw (72′), Mason Mount (75′) and Harry Kane (83’/penalty). But that shouldn’t have been it: 3 minutes before the end of regular time, Havertz saved the Germans another point.

Vice European champions England ended the Nations League campaign without a win and were relegated to League B. Germany is in 3rd place with one win, four draws and one loss.

Piqué retaliates against Shakira; he will not sign an agreement for his children