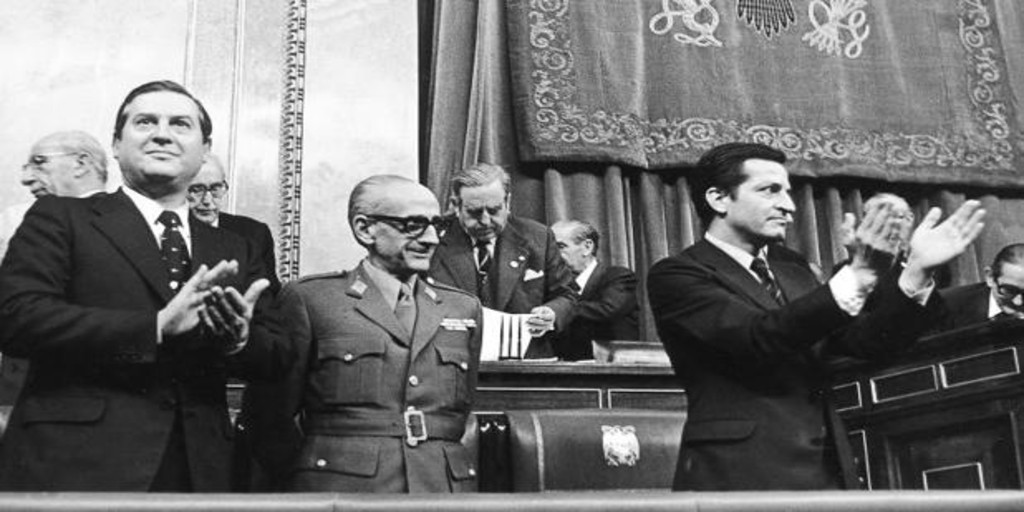 Madrid was during the Second World War an international hotbed of Nazi spies, Italians, French, English and even Japanese, who elbowed each other with all kinds of wills and janitors (whoever controls the porter controls the estate) in a city with more double agents than chestnut trees. The notes of the French counterintelligence of Charles de Gaulle, whose most exclusive documents now see the light in Spain thanks to the historian Xavier Juncosa, put names and faces to many of these collaborators of the Nazi services, some as unsuspected as the military man Gutiérrez Mellado or Dr. Francisco Grande Covián.

The researcher and filmmaker entered this crime novel adventure by chance through a French archive, specifically from the Historical Service of the Defense of Vincennes. Juncosa was on the trail of information that had nothing to do with French espionage, when he came across boxes labeled with the uninviting name of ‘Rural jobs’. Even so, he opened them and could not stop reading … Between March and April 2019, the historian was able to study almost 35,000 documents referring to Spain, which had just been declassified and which today have been re-sealed as a result of a new and controversial law in France. Fortunately, the Catalan historian had time to take good note of everything before the chamber of secrets was closed.

The counterintelligence orchestrated by de Gaulle and whose architect in the shadows was Paul Paillole His first objective in Spain was to investigate those who crossed the border with France. Barcelona and San Sebastián became strategic places for this mission; However, starting in the autumn of 1943, the focus shifted to the capital of Spain, where the epicenter of the financing network shared by Nazi hierarchs and supporters of the Vichy regime was located, as well as a large resale market of works of art and diamonds looted all over Europe. «The papers reveal that the whole of Spain was in Hitler’s hands. This was a great Nazi company “, says Juncosa, who has just published the book in Catalan ‘French counterintelligence in Madrid and Morocco’ (1943-1945).

In creating this network of informants, the French Red Cross played an essential role, both originally in Barcelona and months later in Madrid. The head of the French Red Cross in Spain was Monsignor André Boyer-Mas, a controversial clergyman and diplomat who, despite having sided with Franco during the civil War and with Pétain in his armistice, from November 1942 he decided to help the Allies. With your support and a swarm of informants, the so-called TR-200 He managed to identify hundreds of Madrid citizens at the service of the Nazis, whether it was their occasional or continuous collaboration.

From Republican to Falangist

The French counterintelligence had under suspicion of dealings with the Nazis such prominent figures as Francisco Grande Covián, a pioneer doctor in nutrition and biochemistry, founder and first president of the Spanish Nutrition Society, that due to his close relationship with Juan Negrín and other republican politicians, he was presumed to be persecuted by the Franco regime. «In the reports it is said that he is a great Falangist, first surprise, and that he was members of a Nazi organization connected with other doctors in Madrid. I do not know the specific relationship that the Asturian had with the Nazis, but there is a document on the baptism of his son attended by the Francoist authorities and the staff of the German diplomatic corps in Madrid, “says the researcher as proof of the high esteem in the one the Nazis had to the doctor.

Juncosa has tried to collate the information handled by the De Gaulle secret services, which do not have to be infallible, although “there are some very suspicious gaps in the biography that comprise this period of life of the nutritionist.” However, what is impossible to find out is whether Grande Covián It was the result of some kind of extortion: «On paper we all consider ourselves Robin Hood, but once in those situations we would have to see each other … », warns the Catalan.

Different is the case of Manuel Gutierrez Mellado, the commander in charge during World War II of classifying and deciding the fate of the people who crossed the Pyrenees. In his case, it was taken for granted that the Defense Minister with Adolfo Suárez was then in deals with the intelligence services of the Axis countries due to his military position, but what they reveal as unprecedented the papers from the Vincennes archive is that the Franco commander ended up being a double agent and collaborator of the TR-200. “Finally he is going to work with the French spies in exchange for information on Spanish communists and anarchists who were making the reverse journey across the border,” says Juncosa about a character who earned the respect of the French.

At first he is cited by informants as Gutiérrez and, based on affection and encounters, ends up being Don Manuel, a man described in the documents as “honest, upright and very intelligent”, who dedicated all his time to his children.

Gutiérrez Mellado’s change of loyalties falls within the turn of the wheel made by the entire regime when it was evident that World War II was going to be won by the Allies. «Franco was detaching himself from the Falangists and preparing himself for the new times. The Allies asked in exchange for him to block Nazi accounts and properties in Spain, but the dictator only agreed to part of it, “says the historian. In a race against time to save their heritage, Nazi refugees here used figureheads and resold works of art and property in the final months of the conflict. Some Spanish families benefited greatly from the rush …

A separate meal plate is the case of the French director Abel Gance, one of the great pioneers of universal cinema, who arrived in Madrid in 1943 apparently fleeing from the Nazis due to his Hebrew origins. If you read any biography on Grance, the last thing you think about is this. He comes to Spain without a penny, and suddenly a French counterintelligence agent finds him by surprise in a meeting and begins to follow him, ”says the investigator. French documents show that as soon as he had occasion the director of ‘Napoléon’ (1927) was made available directly to the Francoist leaders and the Nazis in Spain to try to shoot three great hagiographic films, one about Columbus, another about El Cid and another about Ignatius of Loyola.

He failed in his film projects, despite the fact that “the Nazis were interested in associating with someone of such prestige,” as he also did when he tried to sell the pictograph in Spain as his invention. «As soon as the true inventor found out in Paris, he sent a kind of secretary to Madrid, Cash, to tell that Gance was a phony. The most amazing thing of all is that in Madrid he ended up getting into bed with the filmmaker’s wife».

Abel Gance and his Spanish secretary, the journalist Felipe de Solms, who in the papers found by Juncosa appear surprised in ‘pederásticas attitudes’, also had deals in Madrid with the Italian actress Myriam Petachi, sister-in-law and former lover of Benito Mussolini. Gance hoped to be able to carry out some of his audiovisual projects with the help of the production company La Latina, founded by the Italian thanks to the millions and the jewels repatriated from Milan a few hours before Mussolini’s first fall. Like all the attacks of the French director in Spain, these negotiations also came to nothing.

“I think she was the one who approached the director first, but they didn’t close anything because he was interested in Spanish-themed films and, furthermore, the end of the war frustrated everything. He was a very expensive director, ”Juncosa points out. What Grance did manage to roll were three reels with Manolete fighting that are preserved today like a treasure in the Film Library.

Another of the great discoveries of Xavier Juncosa, the author of more than a hundred documentaries, is in the intense activity of the Japanese secret services in the capital. “It is a matter very little worked, but the Japanese held constant meetings in Madrid with Germans, French and Italians as members of the Axis,” he assures. Not only is the finding important because such a remote country showed interest in Spain, but also because of the people they chose as a link: «It is very curious that Japan, probably the most misogynistic people in the world, established its network of collaborators in Spain around two women”.

Milagros Cuñado Urbano and his mother María del Milagro Sanabria de Cuñado, “two ultra-right women”, rose as the supreme heads of the Japanese services in Madrid and the connection with the Japanese envoy, a supposed journalist named Matsuo. It was also a woman, Chona Durán Terry, who at this time was the coordinator of Nazi espionage in San Sebastián.