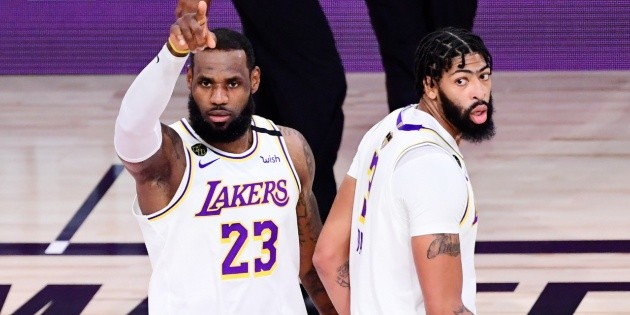 It is not usual, but neither is it alarming. Los angeles lakers had their second loss in a row and rumors began about a pump exchange to form the ‘Big-Three’ scariest in the league. The best scorer so far this season would join LeBron James and Anthony Davis.

As reported by Adrian Wojnarowski, both the LA Lakers and Los Angeles Clippers would like to get involved in a possible exchange with Washington Wizards to sign Bradley Beal. The assets to be offered would become the key piece for LeBron and Davis to have the last member of a ‘Big-Three’ dreamlike.

The expert analysts of the Fadeaway World portal heard the rumor and did not hesitate to make a rather interesting offer that could tempt the Wizards. In exchange for Beal’s arrival at the Lakers, the Los Angeles team would send Kyle Kuzma, Kentavious Caldwell-Pope, Montrezl Harrell, Alex Caruso and Talen Horton-Tucker to Washington.

Boom! The NBA would explode because the Lakers would risk team depth to form a ‘Big-Three’ with LeBron James, Anthony Davis and Bradley Beal. Without a doubt, he would be the most fearsome in the NBA and could fight the super Brooklyn Nets in a hypothetical finale to the 2020-21 season

Amid the darkness that the Washington Wizards are going through, a record of three wins and eleven losses, Bradley Beal is the only light of hope to see some magic in the team of Russell Westbrook and company. The shooting guard averaged 34.7 points, 5.1 rebounds and 4.8 assists per game in the 2020-21 NBA season.