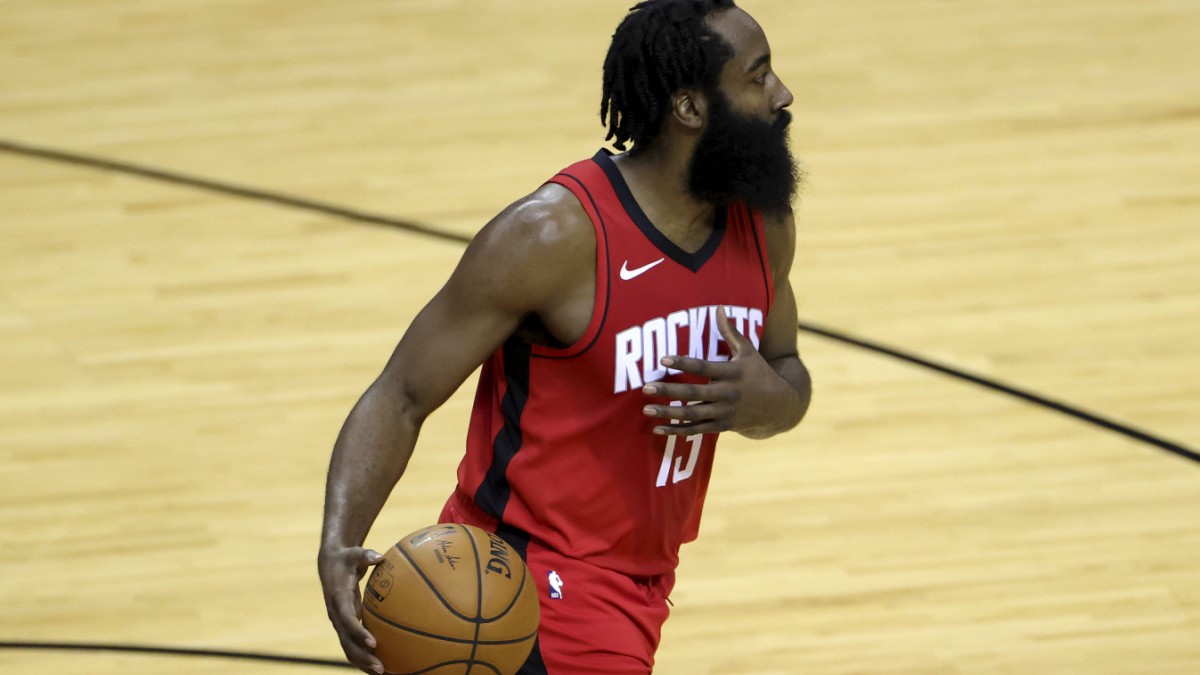 The transfer had been in the offing for weeks. Less than 24 hours before it was due to take place, basketball professional James Harden told people: “This is a crazy situation, the problems can no longer be solved.” So it’s no surprise that Harden forced his departure from the Houston Rockets after more than eight seasons. And it should not surprise anyone that he will now appear for the Brooklyn Nets – the only club that was really interested in a change during this season and was even close to being ready to meet the demands of the Rockets.

In a deal of this magnitude, the North American basketball league NBA often involves not just two clubs, because it is almost impossible to satisfy both franchises while taking into account all the nuances of the regulations. And so it is this time too: The Indiana Pacers and Cleveland Cavaliers are also involved, and much more exciting than the completion notice is the question of what everyone involved has now received, what they have been willing to give up – and what that should mean for the coming decade. Yes, you read that right: This transfer will have an impact on at least the next seven years.

The Nets have ceded the first-round voting rights at the talent exchange in 2022, 2024 and 2026 to the Rockets, and they have agreed that the Rockets may swap places in 2021, 2023, 2025 and 2027. According to NBA rules, the order is drawn between the teams that did not qualify for the playoffs; The three clubs with the worst record each have the most balls in the lottery drum. That sounds complicated, but in the end it isn’t: The Nets are worse off in the next seven seasons than they were before the transfer. It is only exchanged if it is worthwhile for Houston.

But that’s not all: Brooklyn is giving winger Rodions Kurucs and builder Caris LeVert to the Rockets. The latter was immediately sent from Houston to Indiana in exchange for Victor Oladipo. And the Nets lose center Jarrett Allen and winger Taurean Prince to the Cavaliers. In addition to a second-round pick in 2024, you will get: James Harden, 31 years old and known for being one of the best individual players in the league. At the same time, he is also known for not having won a title in eleven seasons despite downright grotesquely talented teammates like Kevin Durant, Russell Westbrook or Chris Paul.

So the Nets are sacrificing their medium-term future for the chance to form a so-called super team in the present to Harden, Durant and Kyrie Irving. The present only applies until 2022, as long as the contracts of Harden, Irving and Durant are valid before they can decide whether to move on or stay for another year. According to the regulations, the Nets can now sign three players, all of whom, to put it simply, are low-wage earners.

Admittedly, the regular formation of the club (in addition to the three Allstars, Center DeAndre Jordan and throwing artist Joe Harris) sounds terrific – but, and these are the words of Nets coach Steve Nash on Wednesday evening: “Basketball is about being a team to work. ” It should be mentioned: All three of Nash’s leaders are considered egomaniac who like to dribble on their own – and Irving (who smoked the parquet with sage at the beginning of the season before a game) is currently absent without giving a reason.

That leads directly to the Rockets: They got rid of their dissatisfied permanent scorer, with whom they – as the listless appearances at the beginning of the season showed – would not have played for the title this season anyway. Not only do you get the professionals listed above, but also: Dante Exum from Cleveland, a talented builder, and various options for upcoming drafts.

So one thing is clear: Houston tore down the house that was only built because of Harden – and sent Harden away at his request. The Texans can now build a new house or soon swap their silverware for current sizes. To what extent this is worth it will only be shown when it is known what manager Rafael Stone is doing with it. The experts agree: yes, the Rockets lost one of the top five basketball players on the planet; but they got more than what a 31-year-old normally gets.

There are still two teams left: The Cleveland Cavaliers have their center of the future, Jarrett Allen, who is only 22 years old – a seasoned professional with potential. And the Indiana Pacers give up Oladipo, who is willing to change anyway, they get a playmaker in LeVert who absolutely wants to prove himself as a regular. In addition, there is a second-round voting right in the 2023 draft, which continues the rejuvenation course.

It may sound crazy, but it’s a mega-deal that should actually please everyone involved. It’s so complicated at times in the NBA, only so that in the end the news is: James Harden is moving to the Brooklyn Nets.