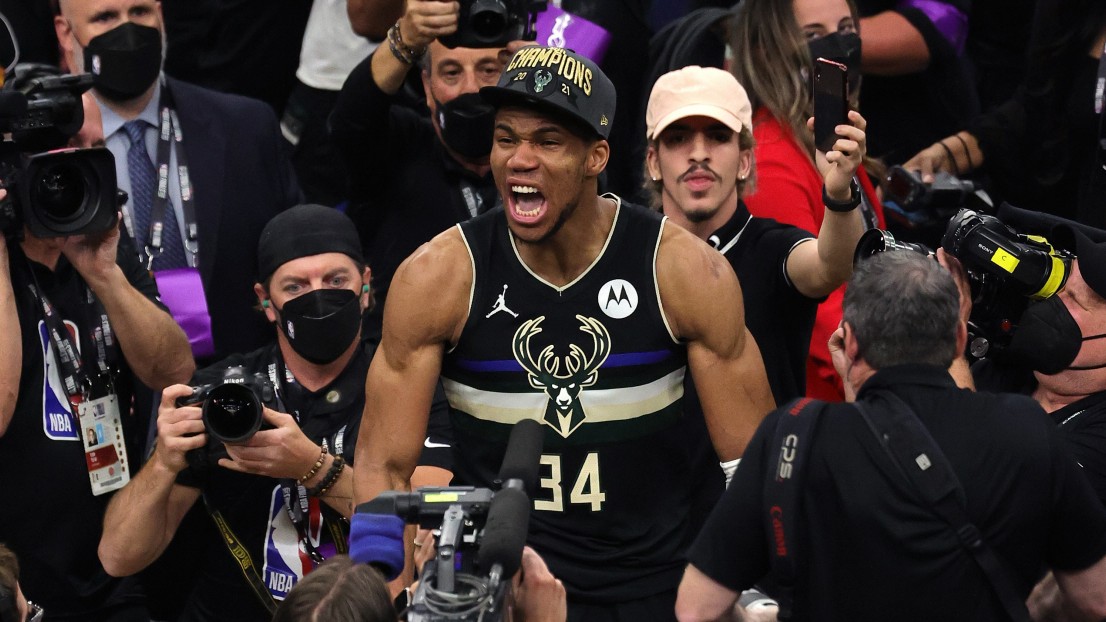 After one of the best performances in an NBA final, Giannis Antetokounmpo roared out his joy about the championship and the award for most valuable player. Half a century after the first title for the Milwaukee Bucks, the 26-year-old Greek led the team with 50 points to a 105-98 against the Phoenix Suns and the coronation in the best basketball league in the world.

For the only time before, the Bucks had won the title in 1971. Back then, the stars of the team were Oscar Robertson and the young Kareem Abdul-Jabbar, who later shaped an era at the Los Angeles Lakers and won five other titles. Antetokounmpo can be expected to have a similar career.

Around 17,000 spectators in the Fiserv Forum and at least another 50,000 around the hall in the US state of Wisconsin celebrated Antetokounmpo again and again with MVP chants – and rightly so. The “Greek Freak”, who has already won the title twice in the main NBA round, also received the award as most valuable player the finals. An undisputed decision after 50 points, 14 rebounds and five blocks in game six, plus three games with at least 40 points and ten rebounds in the finals.

“I wanted to do this here in this city and with these guys,” said Antetokounmpo after the game, who only injured his knee three weeks ago in the finals of the Eastern Conference and even feared a forced end to the season.

The Suns around Chris Paul and Devin Booker had already disappeared disappointed into the catacombs before the trophy was handed over. Instead of crowning a strong season, the Arizona team will have to wait for the first NBA title in its history. The 24-year-old Booker, who will now play for the US national team at the Tokyo Olympics with Bucks professionals Khris Middleton and Jrue Holiday, still has time. For Paul, twelve years his senior, this was possibly the only real chance for the title.

With 26 points, the leader was the best thrower of his team, but was never able to pull the game decisively to the side of his team like Antetokounmpo. After a nervous start, the Bucks got their nerves under control and moved away to eight points for the first time at 15: 7. By the end of the first quarter, the hosts increased the lead to 13 points (29:16). But then they lost control and only hit four out of 20 litters. The Suns turned the game around before the break, at halftime the guests were 47:42 ahead.

That was far from being a preliminary decision. At 56:55 the Bucks took the lead again for the first time, after the third quarter it was 77:77 and everything was open. Antetokounmpo had with his 37 points at this point only three points less than all his teammates combined. In the final quarter, the Bucks took the lead first and didn’t let the Suns get close.

To protect your data, it was not loaded without your consent.

I consent to content from Twitter being displayed to me. In this way, personal data is transmitted to the operator of the portal for usage analysis. You can find more information and the possibility of revocation under sz.de/datenschutz.

This external content was automatically loaded because you agreed to it.

Revoke consent and reload the page

Perhaps the best performance of Antetokounmpo’s career was so impressive because he hit 17 of his 19 free throws – usually one of the few obvious weaknesses. “I made the damn free throws and I’m a champion. I did them when I had to do them,” he shouted with relief after the game.

Three of the five Antetokounmpo brothers who grew up in Greece as children of immigrants from Nigeria have now won the NBA title. Thanasis and Giannis with the Bucks, Kostas with the Los Angeles Lakers last season.