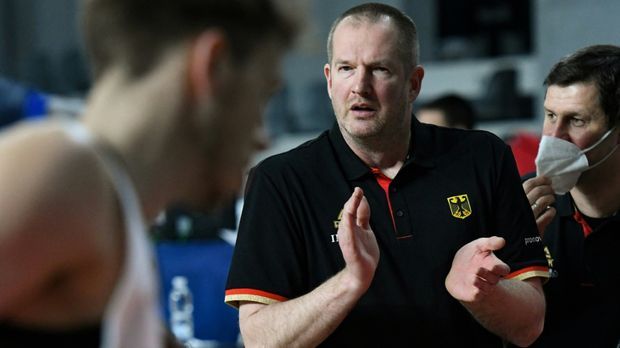 Cologne (SID) – National basketball trainer Henrik Rödl is confident that national player Moritz Wagner can find happiness at his new NBA club Orlando Magic after the hiccups in recent weeks. “The situations in Washington and Boston were not so favorable for him. He has now deliberately chosen Orlando, maybe that was the big advantage of all the back and forth,” said Rödl at Spox.

“At Magic, he has the chance to get playing time, and both sides can test whether they want to work together in the future,” said the 52-year-old. Center Wagner (24) had achieved a personal best in the North American professional league with 24 points at 112: 111 in Orlando against the Memphis Grizzlies last weekend.

“The self-confidence to do his thing was always there. At the weekend he was able to transfer it to the court, that’s great. He has a lot behind him, in Orlando he is now getting constant working time,” said Rödl: “He is a young one Player and someone who really loves to work and love the game. He’s going to get a lot better. “

With a view to the national team, which can still buy the ticket for Tokyo at the Olympic qualifying tournament in Split, Croatia from June 29th to July 4th, he is in “constant contact” with Wagner. Orlando has mathematically no chance of the play-offs, the regular season ends on May 16.

Wagner had only joined the Florida franchise last Tuesday and signed a contract until the end of the season. For Wagner it is already the third NBA station this season: In March, the Berliner was handed over by the Washington Wizards to the Boston Celtics, who released him four weeks and nine missions later.

See Also:  Motorcyclist succumbed to his injuries at Flüela