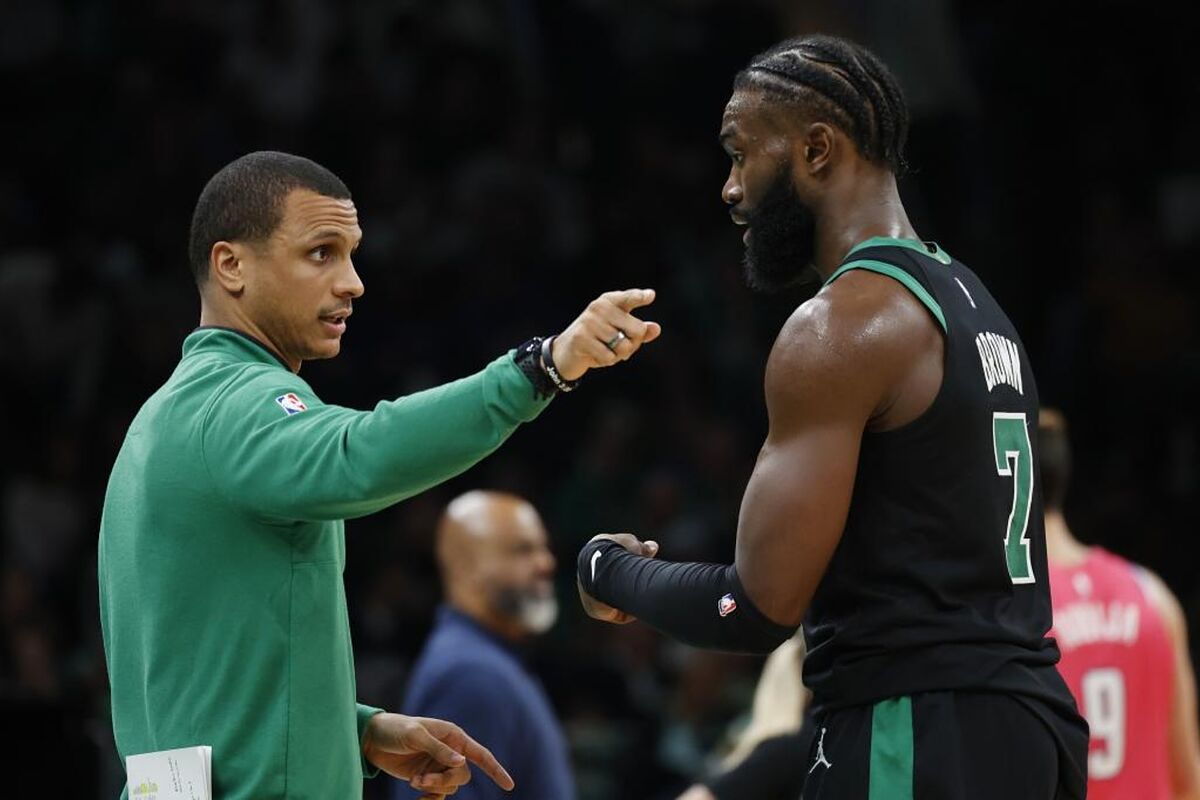 NNormally, in the NBA the ceiling of each team is set by themselves before their own rivals. The talent on the roster, the dependence on the stars or the behavior in certain limit scenarios say who is who in the league. With the leader of it, the Boston Celtics (16-4), the peak of potential is not in sight. 12 wins in the last 13, solidity in all areas of the game and zero internal rumors of fracture despite living a summer out of the ordinary.

As a finishing touch, the Celtics lived a night (130-121) in which they went from seeming somewhat complicated to being a whole scoring ‘bacchanal’. 130 points, 77 at halftime… And without Jayson Tatum, who lives a year as MVP but rested, to recover from his knee problems, against the Wizards. The team lead was taken by Jaylen Brown with 36 points, 19 in the second half, and six players with 12 or more points joined his cause. In other words, in the absence of a compulsive scorer, the team shines.

And precisely It is the set that causes the Celtics to have an almost perfect lead. The statistics back it up. and there are a total of five in which the ‘proud greens’ rule among all the rest. They are the best attack (119.8 points per night)have the best offensive rating (production in 100 possessions), the best rating that balances points for possessions scored and received, the greatest difference in points for, the best plus less (differential points individual) and the highest real shooting efficiency per played.

The data is cold, but the Celtics are not. In addition to being a choral team, with a taste for defense and the groundbreaking element of its stars, they add up to a united team. It seems incredible after all the controversy that left Ime Udoka out of the franchise. “We thought he would come back. It was hell, we knew the same thing as you: nothing”, came to say Marcus Smart, soul of the team. The squad ‘loved’ their previous coach, and doubts arose that Mazzulla dispelled.

With victories. To his credit there are two defeats against the Cavs -which could have had another result as they were very tight games-, and two against the Bulls. Everything else is streaks and a choral team. “It doesn’t matter who it is. Our boys They are always willing to go one step further. That is why we scored 130 points without Tatum”, Mazzulla confessed after the last one. That is, the involvement is total.

They meet all the basic principles of a winning and competent team throughout the year. Tatum can go for MVP if they beat the Bucks in the regular season and Doncic’s suffering in Dallas continues. And his latest adventure in the finals -loss to the Warriors- also teaches them what not to do (total dependence, lack of wardrobe…). In Boston there is no ceiling.

Organic farm shop in Kirchdorf: 683 euros for the needy in South Sudan