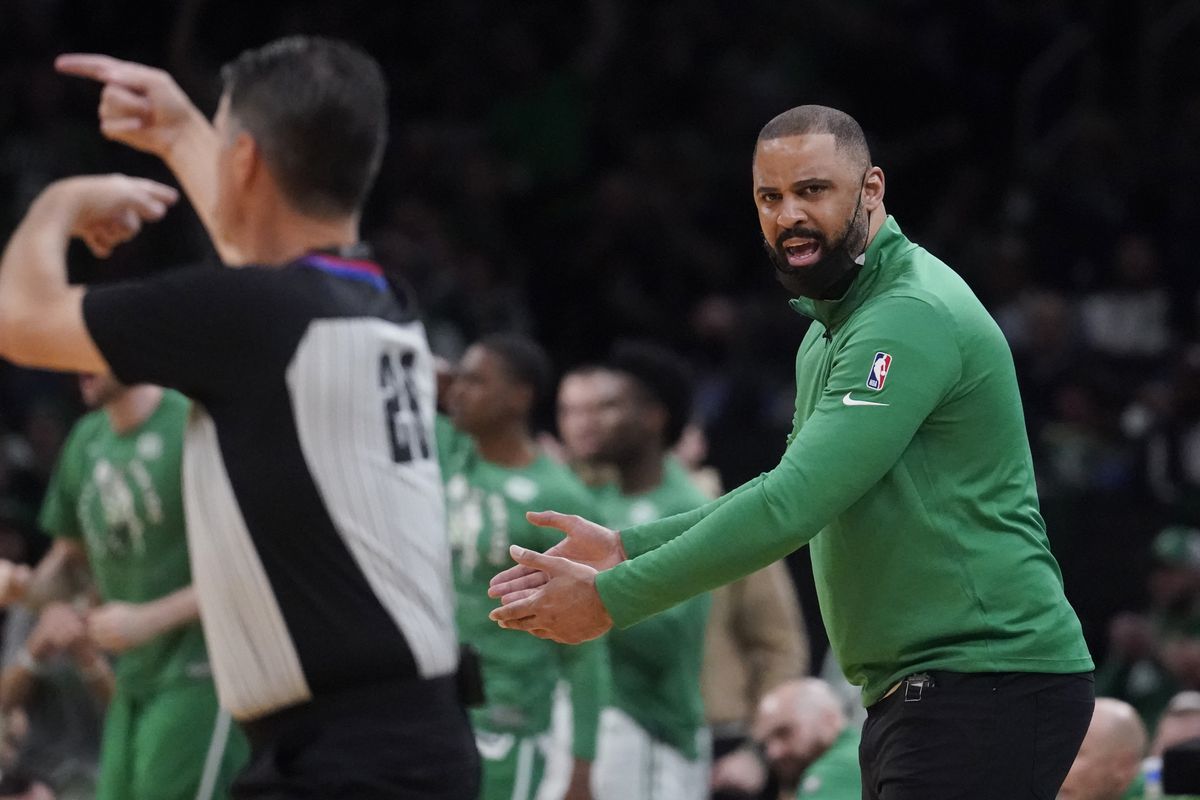 On the afternoon of October 17, 2006, hours before facing a preseason game with the Blazers, Ime Udoka received a call from her mother, Agnes, from the family apartment in Portland, Oregon, where they lived.

In the brief conversation between the two, Agnes alerted her son to the worrying state of health of his father, Vitalis, asking him to come home himself, by way of help. Minutes later, both Ime and Mfon – her older sister, also previously notified by her mother – arrived at the home. That moment would sink into his guts because in the living room, lying on the floor, was his father, unconscious after being the victim of a heart attack that would end up costing him his life at the age of 59.

The day after the terrible event, Ime showed up at the training set by the franchise’s coaching staff. As if nothing had happened, as if he hadn’t just lost his father unexpectedly and traumatically. “But Ime, what are you doing here?” – His companions asked him in astonishment. This, however, was not an empty presence. That man was not looking for an escape valve, he had simply internalized –through the example of his father- a discipline and resilience beyond any logic or blow that life could deal.

During his time as a player, plagued by adversity and well nourished by experiences on both sides of the Atlantic –he came to play in Spain, Gran Canaria and Murcia–, Udoka added endless life lessons to his bag. He would acquire many more later, once he retired, along with the veteran and legendary Gregg Popovich, whom he accompanied as an assistant for seven years in the San Antonio Spurs.

There, together with the teacher, Udoka would absorb the most valuable message possible, the one that could further and better drive his adventure as a technician. “Basketball is not so much about plans or schemes as it is about being able to connect with the people around you, with your players.”, confessed today’s Boston coach, as a premonition, to the journalist Jared Weiss in the prelude to his debut as head of the demanding green bench.

Months later it is easy to observe how that teaching is, together with his extreme professionalism, the one that has marked that debut the most. And there are teams that, being able to be explained by their performance on the pitch, make themselves understood, even in a better way, through the emotional strength that their identity has created.

These Celtics are the product of a defensive summit, in substance and forms. But if they have emerged victorious from the Eastern Conference for the first time in twelve years and seek their first championship since 2008, it is, above all, due to their ability to raise the choral sentiment to the nth degree and to find answers under the storm.

Halfway through the season, Boston was sailing through mediocrity (20-21 on balance, as of January 11) and with no sign of optimizing resources or creating a strong candidacy in the East. Three months later, coinciding with the conclusion of the regular phase, the Celtics appeared radiant and already contenders. Another six weeks later, only the Golden State Warriors stand between them and glory.

The game does not lie when it reveals that its defense reached its peak in the second half of the course, light years ahead of the others based on a plan, commitment and versatility embraced by excellence. He doesn’t either when he shows that his positional attack gained in clairvoyance in making choices and solidarity in executing them.

But the Celtics are especially the collective knot, of resistance or brilliance as appropriate, that they have been able to create around Udoka’s management in crisis periods. And that ended up germinating that second part of the campaign. A knot that gained consistency with the return of Al Horford, capable of rediscovering the best version of himself on the track and, simultaneously, mentoring the two Williams –Grant and Robert-, so different and yet so vital to the inside rotation.

A knot held by the indomitable Marcus Smart, whose leadership, example and emotional impact on the game, like a hormone that triggers competitive fever, completely transcend his numbers and even his recognition as the best defender of the year in the NBA. A knot that begins and ends with Jaylen Brown and Jayson Tatum, the two greatest talents on the roster and who have found comfortable coexistence in an honest and hyper-competitive context that encourages the flight of both.

Boston has survived the pent-up anxiety of losing three conference finals in the past five years. He has made it to the brink of the abyss (3-2 down) against the champions, the Bucks; or to a seventh away game in Miami. As he did equally to his poor start to the season, which in his day sharpened doubts about the course taken.

Now such doubts no longer exist. Ime Udoka has achieved, from his tactical and emotional leadership, the most complex challenge possible: for the Celtics to look in the mirror and stop seeing their flaws or traumas, their problems or insecurities, getting them to see the team they wanted (and could) become. And that conviction has reached such an extent that they have ended up being so.

The Ministry of Public Health has tracked 12 close contacts of smallpox patients, insisting they have not been found in Thailand : InfoQuest

Faced with rising prices, supermarkets want to retain their customers