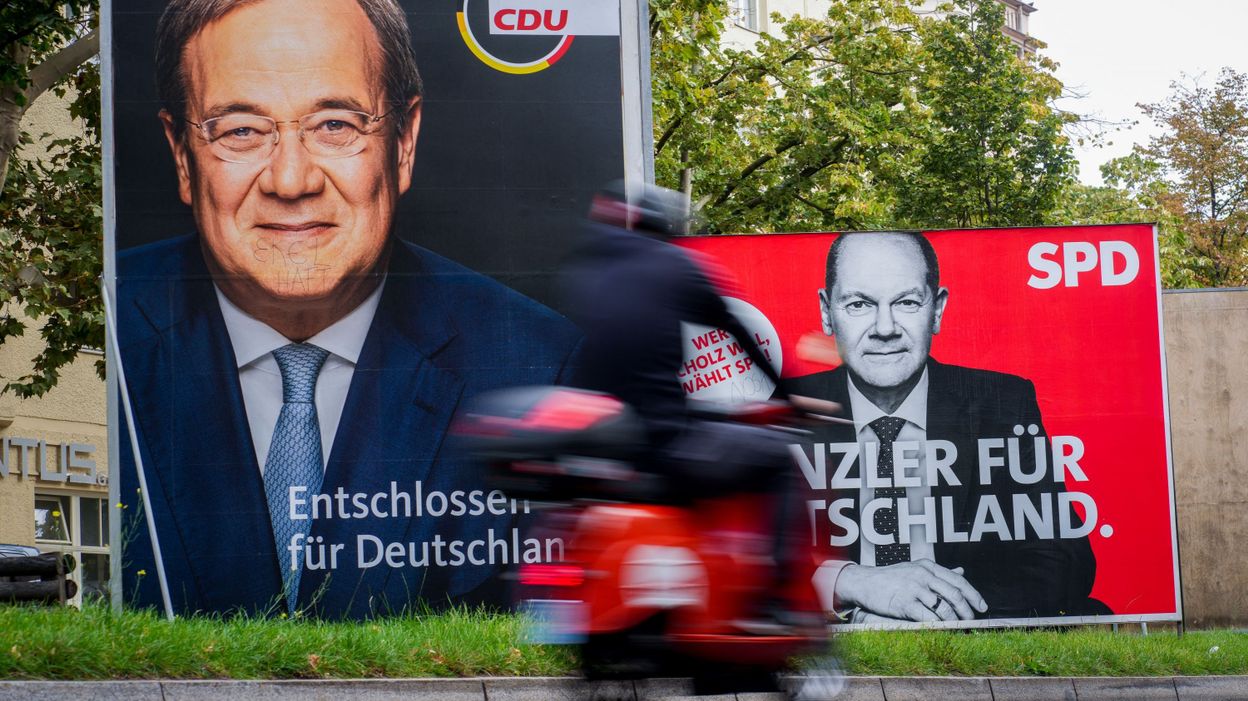 Angela Merkel’s social democrats and conservatives are neck and neck in the German general elections, according to the results of exit polls broadcast on Sunday by public television channels. The SPD of Olaf Scholz is credited with 26% against 24% for the Christian Democrats of the Chancellor, led by Armin Laschet, in the data presented by the ZDF channel, while the two parties are tied at 25% for ARD . However, these figures should be taken with caution because of the very high number of postal voters, not taken into account in these polls.

The SPD has already demanded the formation of the next government, just like the Conservatives, despite their retreat. “We will do our utmost to form a government under the leadership of the Union“Christian Democrat (CDU) and Christian Social (CSU, its Bavarian ally), said their leader, Armin Laschet, while the Social Democrats also claimed to lead the negotiations, stressing however that the conservative camp could not “not be satisfied“of the decline recorded during the ballot.

The AfD, a far-right party, for its part obtained a “solid result“, estimates its main candidate, Tino Chrupalla. According to the first projections, the AfD is expected to win between 10 and 11% of the vote, which means that it has comfortably exceeded the 5% mark for the second time. in the last elections in 2017, the AfD obtained 12.6% of the votes.

“We have a core of voters that we have consolidated“, welcomed the leader of the political formation, adding that the objective of the traditional parties to push the AfD out of the Bundestag had clearly failed.

The Greens, for their part, obtained around 15% of the vote, according to exit polls. In the last Bundestag elections in 2017, the party won 8.9%. The previous best result was obtained by the party in 2009, with 10.7% of the votes.

CEO Annalena Baerbock praised a “historical result“. According to her, the Grüne party has for the first time the opportunity”to be a leading force in shaping the country“In polls taken earlier in the year, however, the Greens had fared much better and Ms Baerbock admitted she had made mistakes in her campaign.”We wanted more“, she declared during the election night of her party, where she was greeted by enthusiastic crowds. If the result is not the one hoped for, it is her fault, she admitted. .

However, with the expected 15%, the Greens can take a key position in coalition negotiations. “This country needs a climate government40-year-old Annalena Baerbock said.We will fight for this with all of you.“