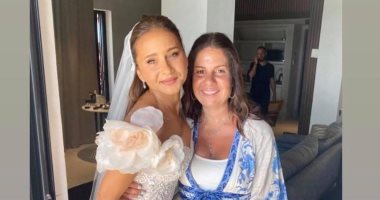 The star, Nelly Karim, told “The Seventh Day” that she will celebrate her marriage today, Wednesday, to former squash player Hisham Ashour, explaining that she postponed him for several days, due to the departure of the great artist, Dalal Abdel Aziz.

The star Nelly Karim had appeared with her fiancé, Hisham Ashour, the former squash champion, while they were on one of the beaches of the North Coast, hours before their marriage, which was postponed for several days due to the death of the artist, Dalal Abdel Aziz, last Saturday, and pictures spread through the social media platforms, The presence of the duo Nelly and Hisham, accompanied by a number of their friends, appears while they are on the North Coast.

It is noteworthy that the star Nelly Karim ran the drama last Ramadan in the series “Against Al Kasr”, produced by Jamal Al-Adl, and is waiting for the screening of more than one movie in which she participates, whether as a main heroine or as a guest of honor.