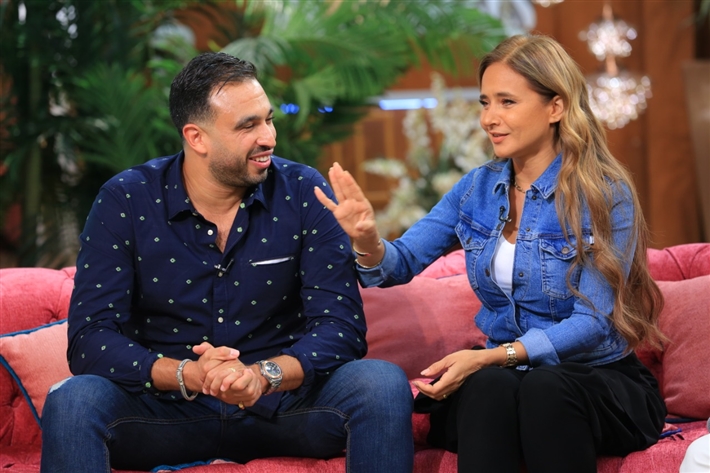 Actress Nelly Karim confirmed that she did not intend to hold a big wedding, but that she and her husband, international squash player Hisham Ashour, intended to marry only 18 people!

Nelly Karim said: “In the beginning, we intended to marry among our families and a small number of close friends. We intended for 15 people. After everyone calculated, the number reached 18 and then 25, and we were satisfied with that, but my friends’ friends, after knowing the news, called me to congratulate me and told me that they would attend. According to her statements on the “With You” program, presented by the media, Mona El-Shazly.

And she continued: There are many who did not attend and I did not intend them, as the matter did not require determination, everyone who was on the coast called me to attend the wedding, and we considered it a “light outing.”

It is noteworthy that Nelly Karim married retired squash player Hisham Ashour in the first half of August 2021, on the North Coast, in the presence of the newlyweds’ family and friends.

Mostafa Qamar to FilFan.com: Hamid took songs in the role of Kochina.. I appreciate the songs of festivals in my own way.. and “Hareem Karim 2” is ready

The card bore a photo with the captain of the media.. Mai Helmy announces her return to “Al-Hakam”

Netflix: Squid game series might be our biggest show ever

Elham Shaheen: I sued Al-Azhar Al-Sharif, and I was the first ruling to close a channel for the Brotherhood

New details about the crisis of the series “Apartment 6” (video)